Bluethroat with an attitude in Dudhwa National Park

Like I mentioned in my earlier post, birding from this watch tower in Dudhwa National Park was a challenge given the considerable distance between the tower and the Wetlands water edge. To make any kind of photography possible, it was required for the subject to be a large bird like an Adjutant Stork or to be a friendly small bird, brave enough to venture close to me.

After photographing the Adjutant Stork, I was looking for my next candidate when a tiny movement caught my attention. When I looked closely, I spotted this Bluethroat foraging busily. The small bird was far away to get a good picture even with my 300mm f2.8 lens with the 2x TC. So after taking a couple of record shots, I let go. But the Bluethroat persisted and kept getting closer and closer. Finally I realized that I might have a shot at getting some good images. I swung my camera and focused on the Bluethroat and got my first shots like the ones posted below. The feature image (above) is how close it came before flying away. 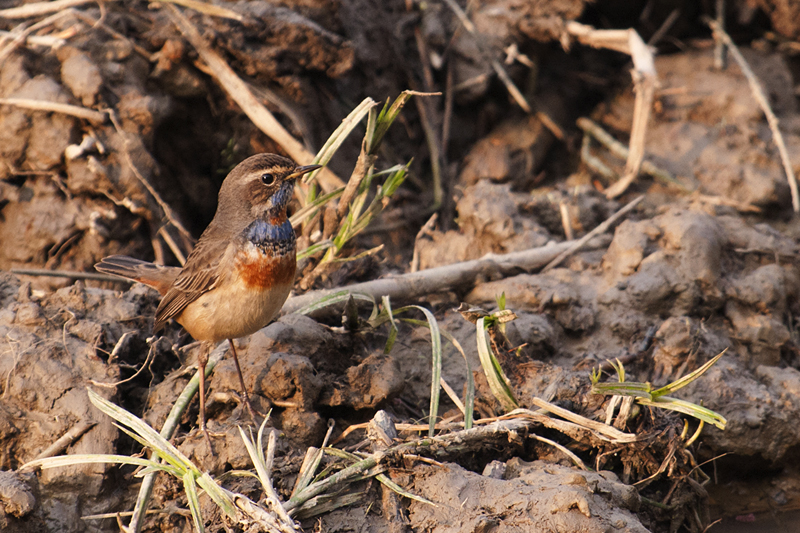 Initially I thought the Bluethroat had not spotted me and I was lucky that it was getting close. But when it stopped, looked up at the camera and went about its foraging business, I realized that this is one little fella with a big attitude. Every now and then he would stop, look up directly into the camera with a raised brow and then hop a couple of steps closer. 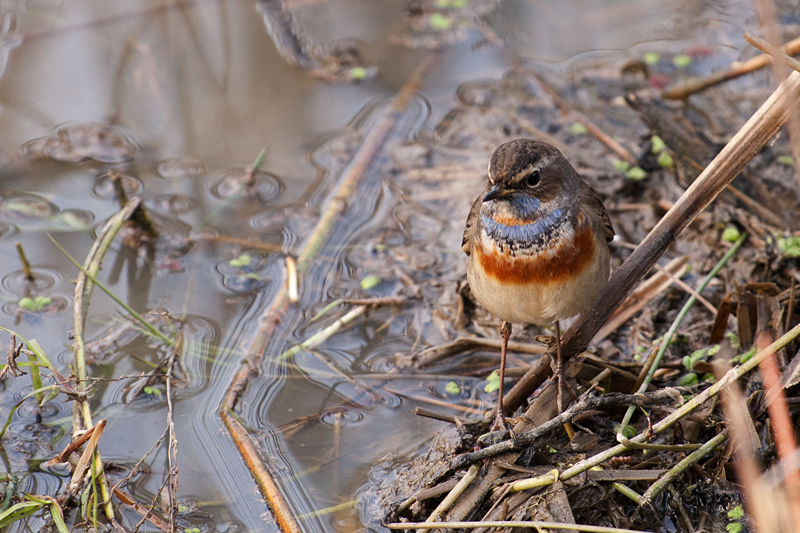 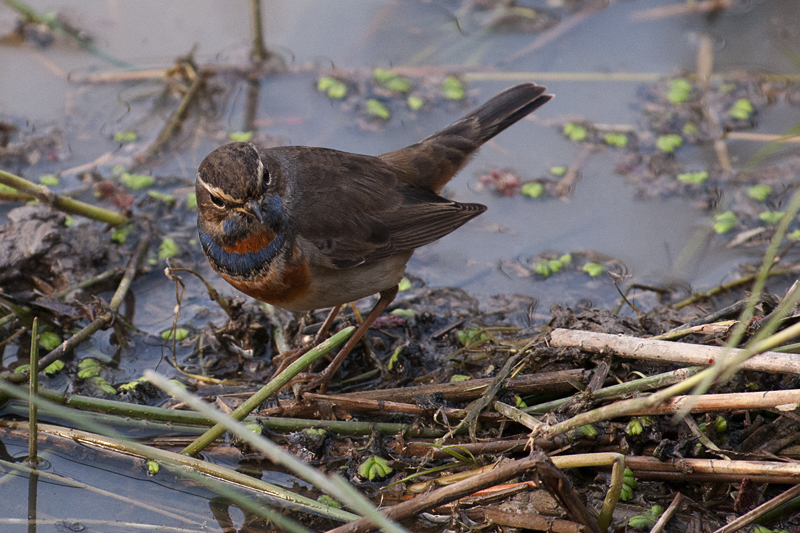 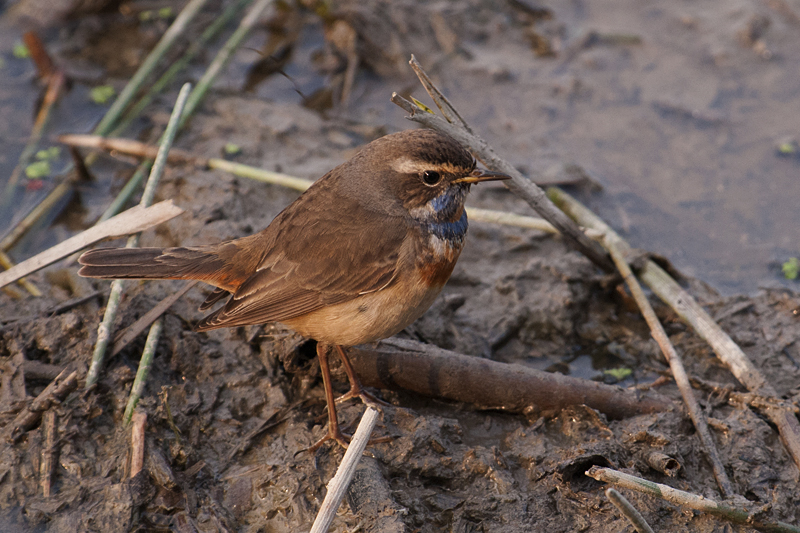 In this last image, the Bluethroat was under ten feet from the Camera and stood there posing for us. As it flew away, I thanked the little fella for giving me these lovely shots. 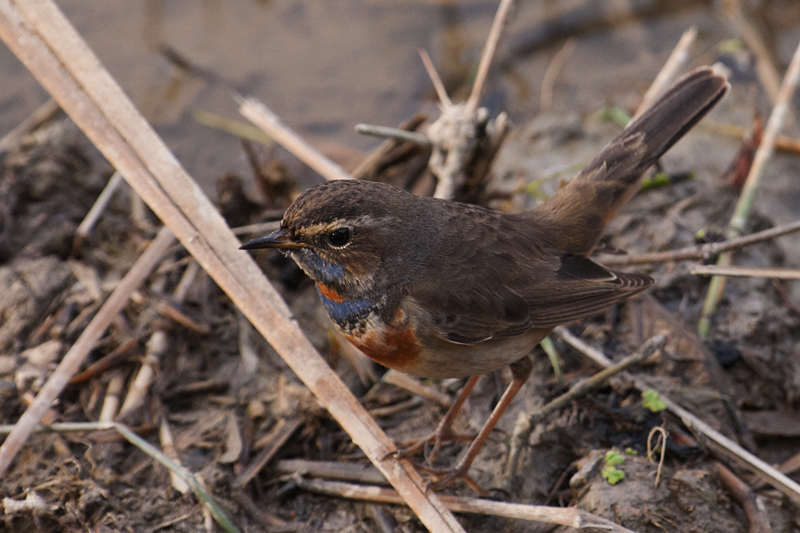