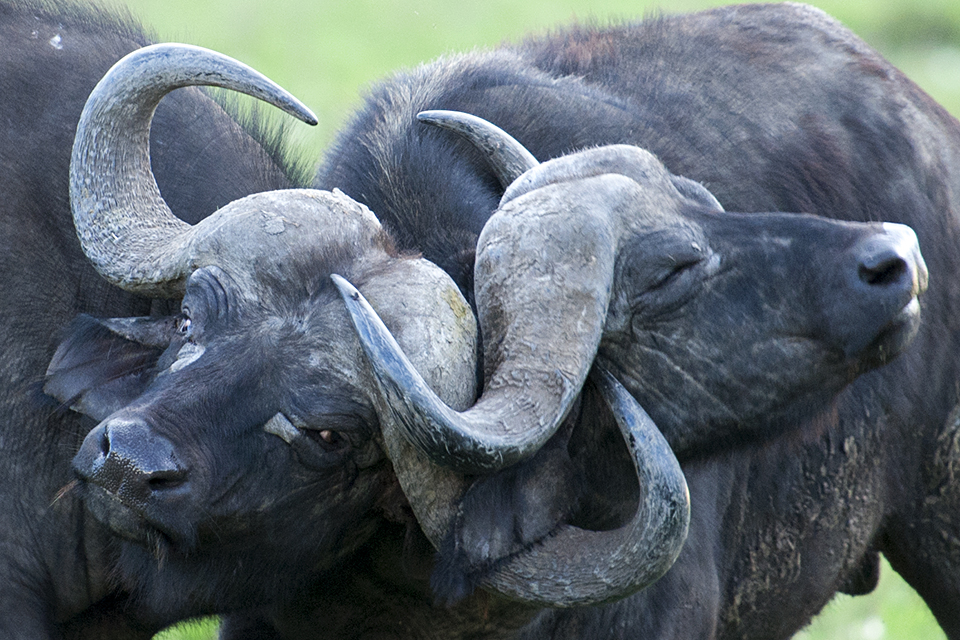 We were headed back to the Mara Serena Lodge in Maasai Mara after an afternoon safari when our road was blocked by a herd of Cape Buffaloes. As the large herd ambled across the road, I spotted a pair of sparring bulls a little ahead. However we could not get close to them as our path was blocked by some of the Buffaloes. We headed towards the sparring Bulls as soon as the herd let us pass through. But by then the Bulls had cooled off. 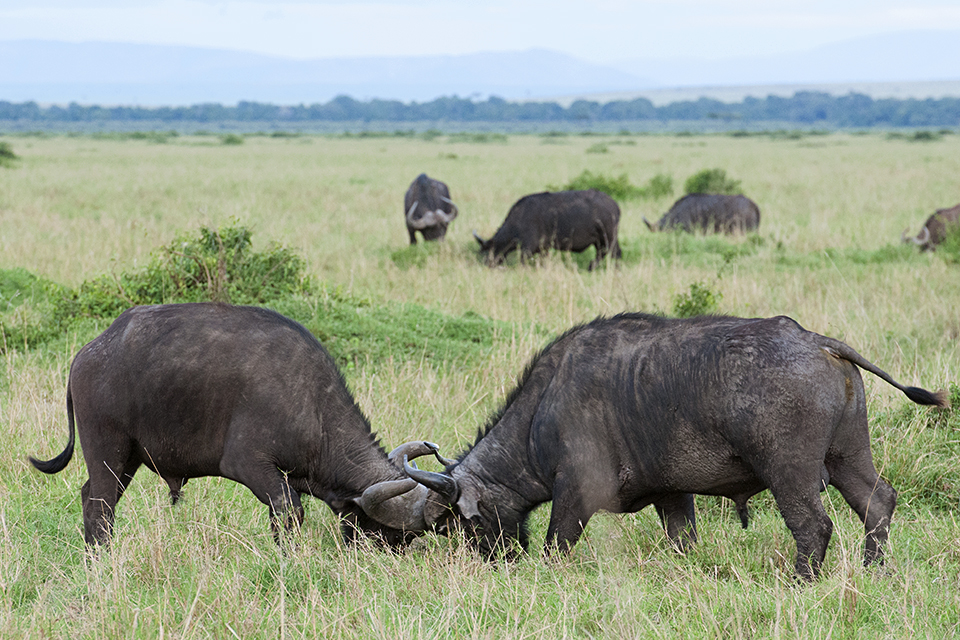 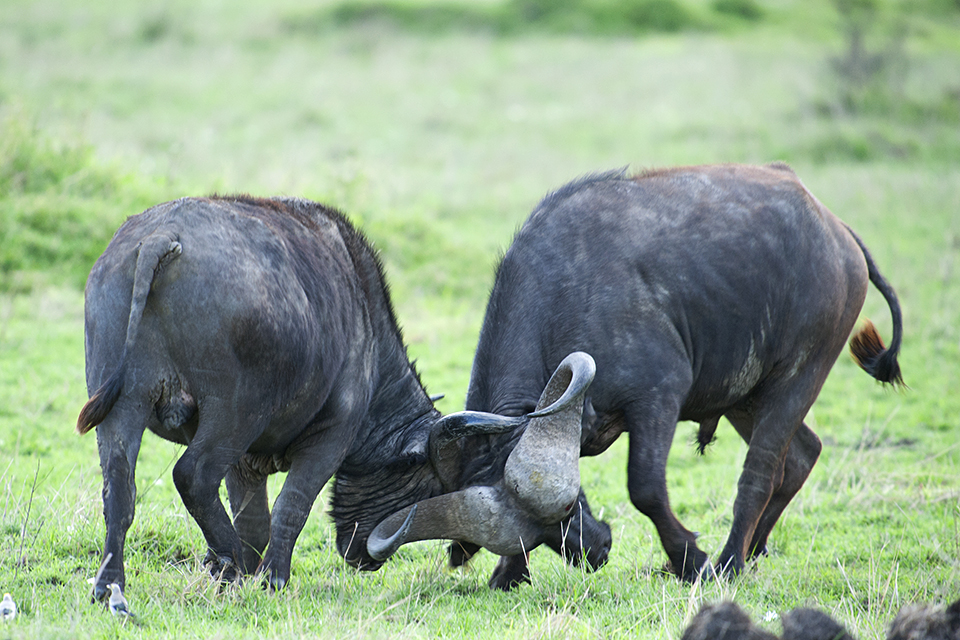 I was thinking that we had missed an opportunity since we had never witnessed these massive hulks in a bout. Suddenly I noticed some commotion in the periphery of my vision, and it was another pair of Bulls having a face off. We quickly got closer and watched the duel begin. At first it looked like the sparring Bulls were just sizing each other. But soon the sparring took a serious turn and things started to heat up. 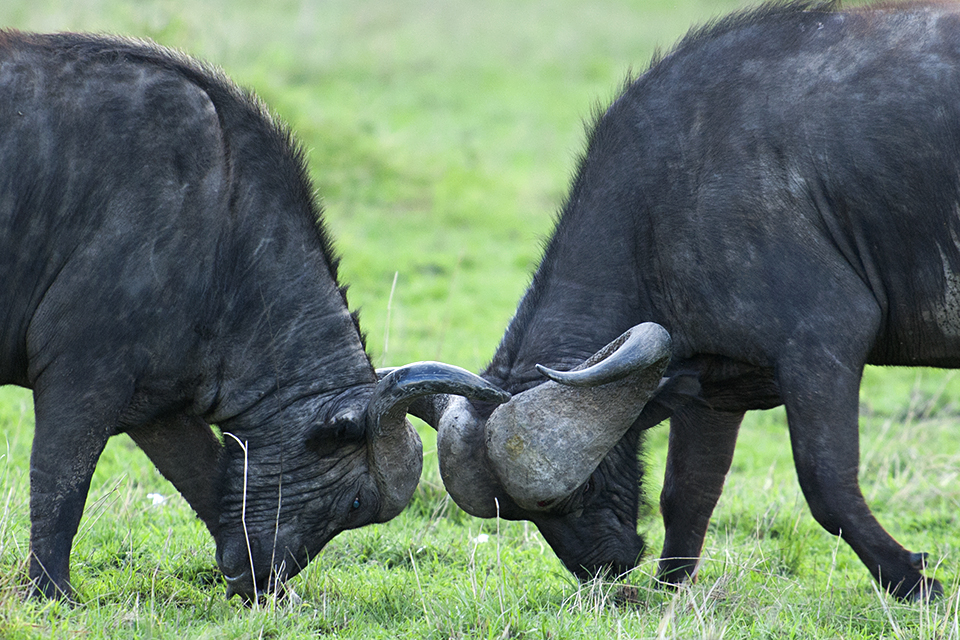 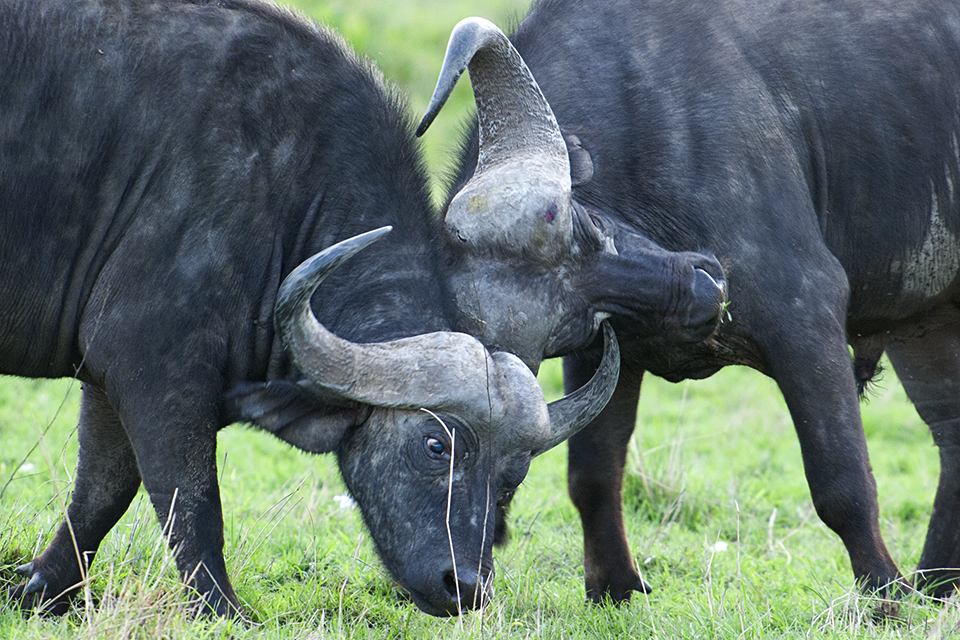 At one point of the rule, the horn of one of the sparring Bulls almost pierced through the other Bull’s eye (above). By now it was a full blown battle of dominance with neither of the Buffaloes backing off. I continued photographing in dying light and finally it was time to head back. We left the sparring bulls (below) continue their duel as we headed off towards the lodge. The climax of the battle was when the massive horns of these giants got somehow locked and we captured that as the feature image (first picture) of this post. 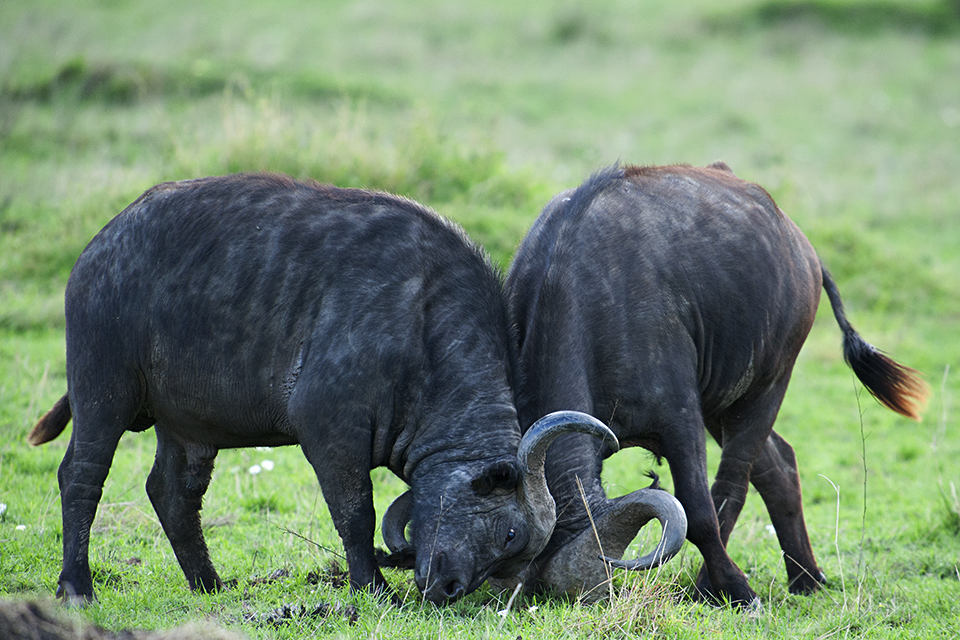