The Bandipur forest was lush green after the monsoons and this is the best season to observe large herds of Gaurs given the abundance of fresh grass. This time of plentiful is also the rutting season for Gaurs and you can spot Bull Gaurs in the Bandipur National Park. On this trip to Bandipur, after the monsoons, we were on the look out for huge Bull Gaurs, which weigh over a tonne. There was a herd nearby and a group of photo enthusiasts moved on after photographing them. 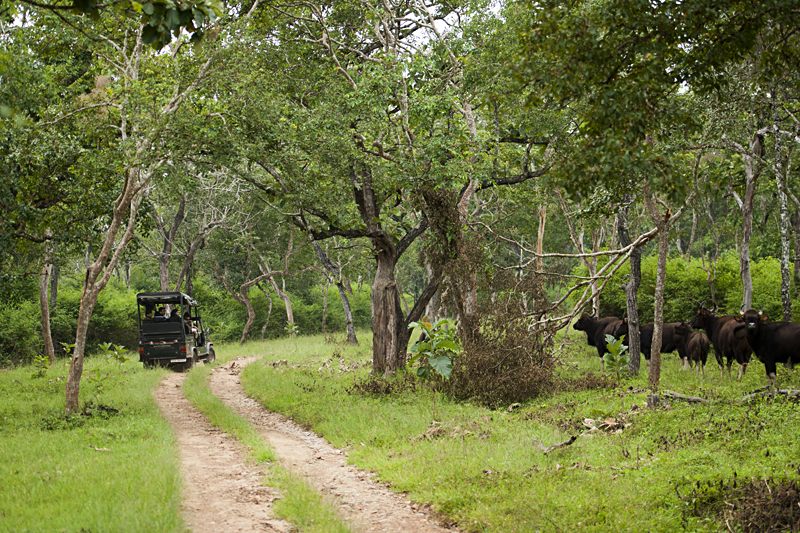 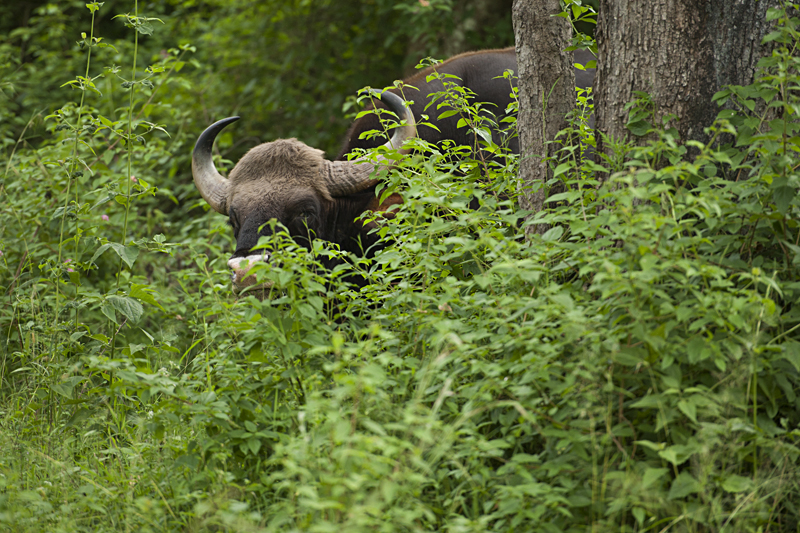 As we crossed the herd, a little ahead was a massive Bull Gaur in his prime. But as soon as he saw us, he hid behind the overgrown lantana shrubs. During another safari, we had spotted one more huge Bull Gaur standing by the side of the road and staring at us. 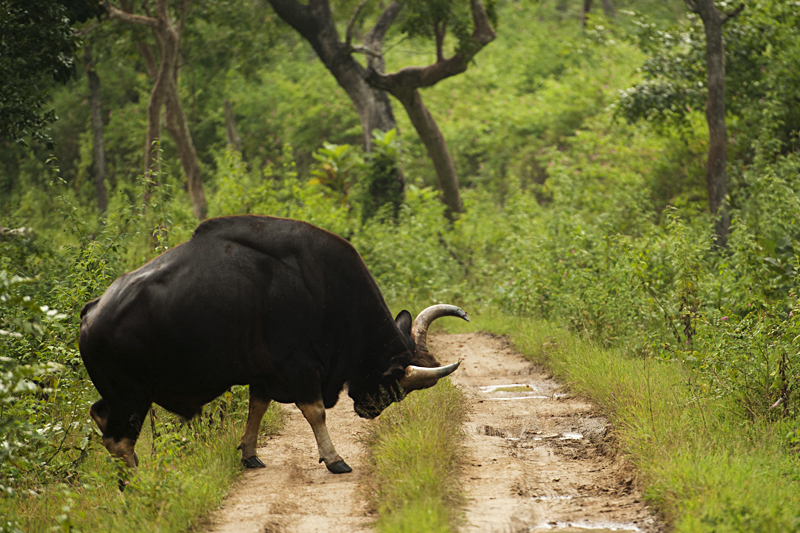 This Bull Gaur was in no hurry to disappear but he showed his displeasure by crossing the safari road and directly coming towards us. When he realised that we weren’t the type to move over, he lost interest and disappeared into the Lantana shrubs. During another morning safari on the same trip, we spotted one of the biggest Bull Gaurs we have ever seen cross the safari road. 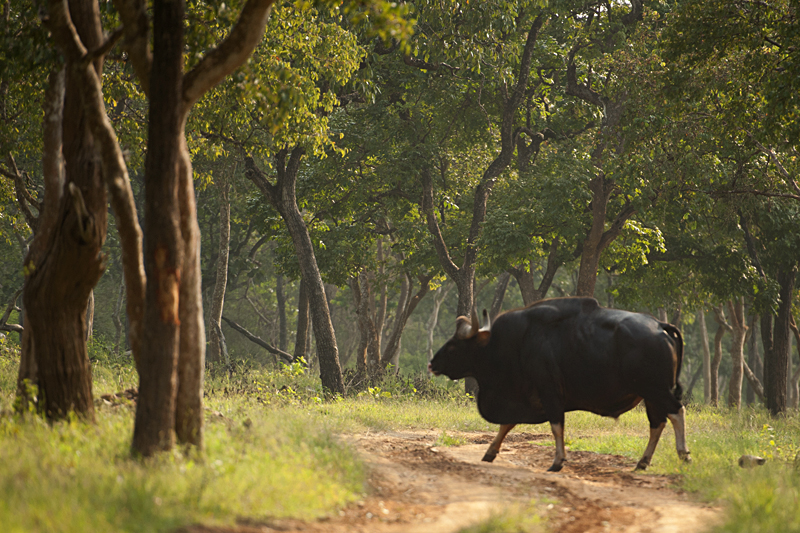 We quickly caught up with him and just watched him in awe. He obliged us by walking past us slowly and then stood in the open and let out a rutting call announcing his presence to all the other competing Bulls in the area. The rutting call picture made it to the feature image of this post. 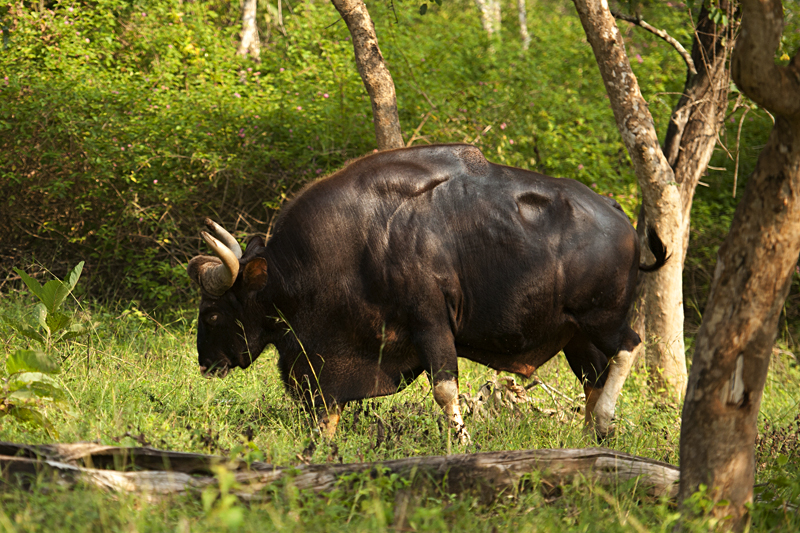