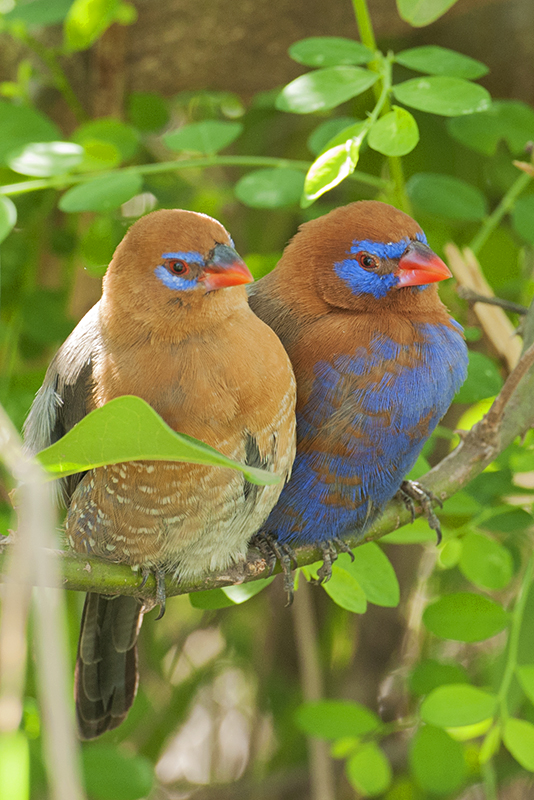 After our early morning game drive in Masai Mara Reserve, we were headed for the special bush breakfast by the Hippo pool when we spotted a Crowned Plover by the side of the tracks. We stopped to take a picture when our naturalist spotted small chicks of the Crowned Plover nearby. Sensing danger, the mother Crowned Plover called out to the chicks and they instinctively rushed to her side. Once the mother realized that we were of no danger to her chicks, she eased her guard and we managed to get a few pictures of the mother and chicks in the same composition. 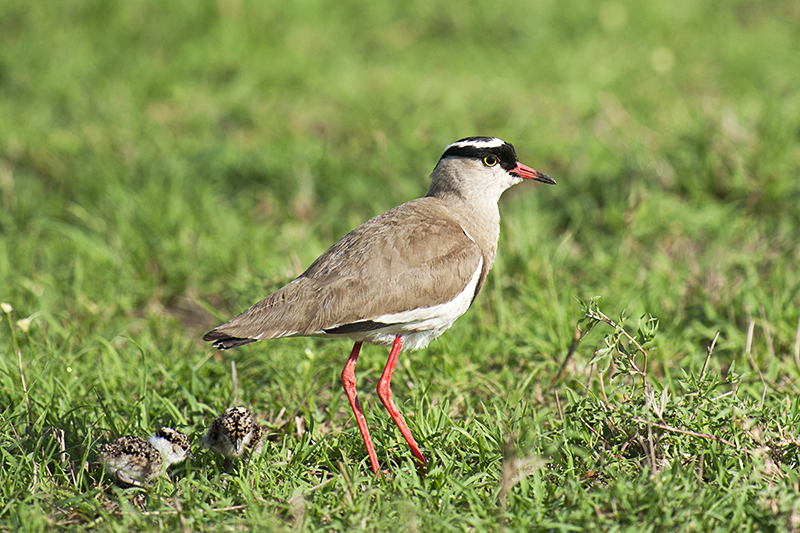 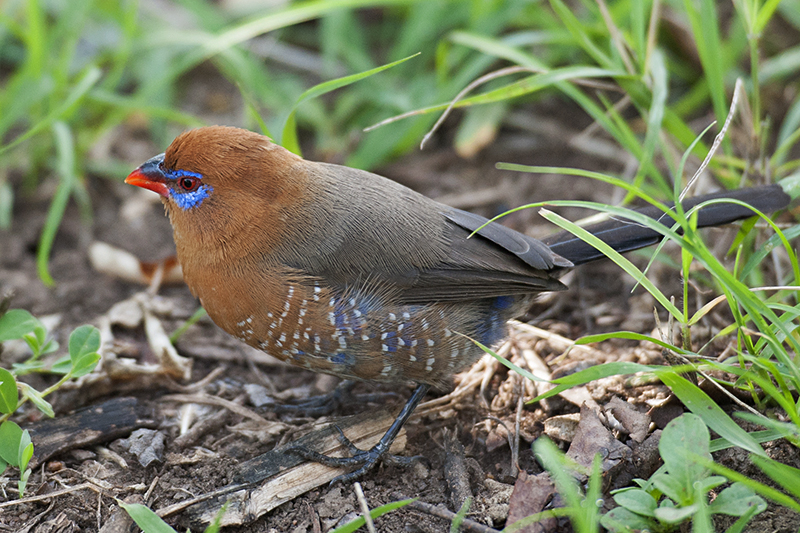 We then headed to breakfast and as we settled down, I spotted some movement in the bush next to my table. I grabbed my camera and went to investigate and saw this bird with its distinct red bill and blue coloring around its eyes. I took a few pictures and when we checked later, we were told that this is a female Purple Grenadier. Thankfully, the tiny bird tolerated my presence and allowed me closer to get a few more close crops. After a few minutes, it flew away and while we were having breakfast, returned with its mate. The couple settled in the nearby shrub and were sunbathing when I captured these pictures (below). 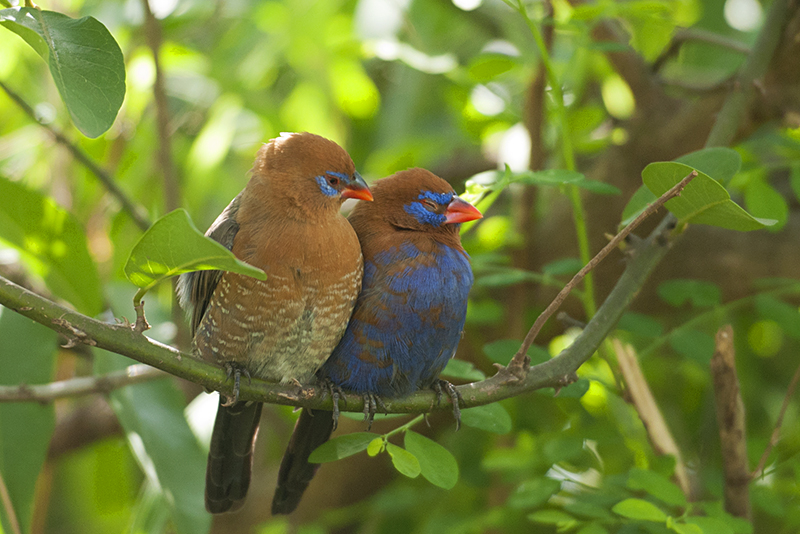 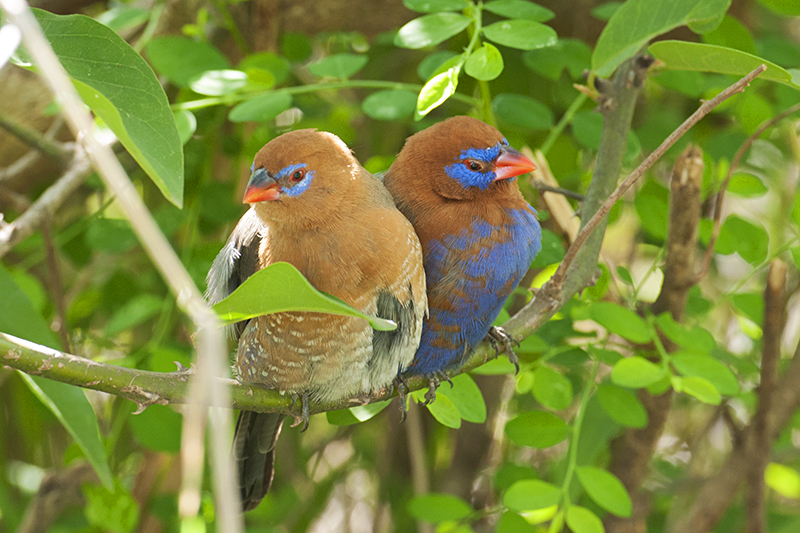 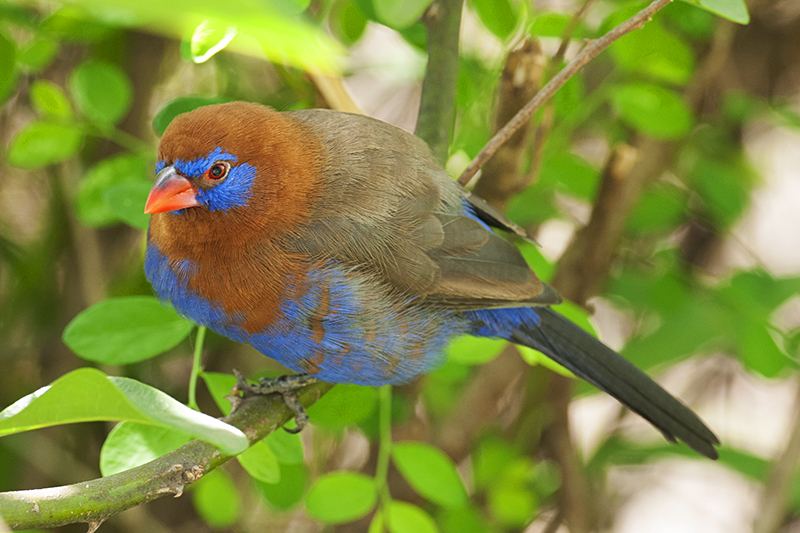 After a few minutes, the female flew away and as the male Purple Grenadier was thinking of following suit, I got a couple of closeups of this colorful bird.