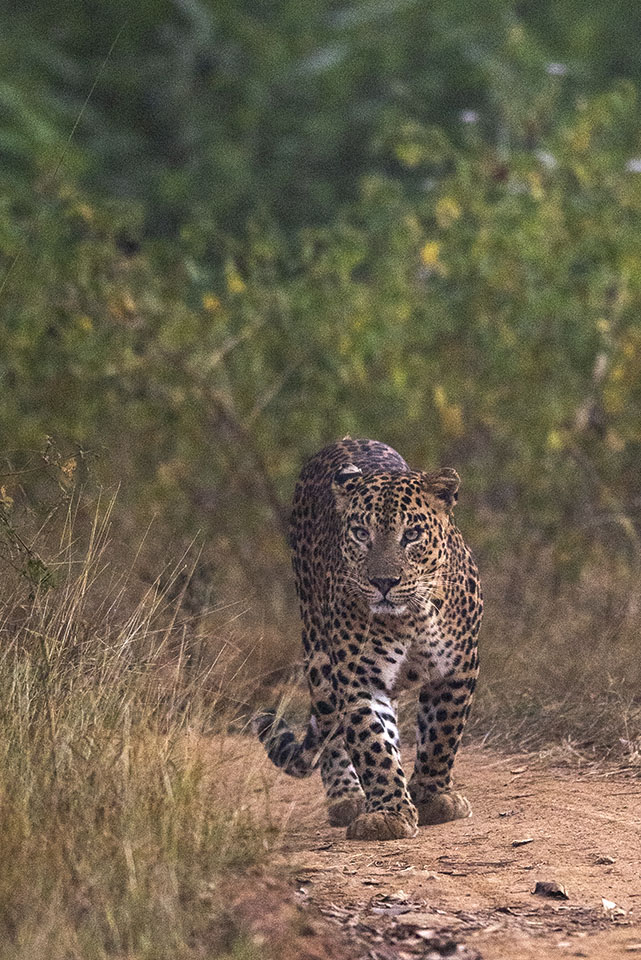 This particular evening safari in Bandipur was an adrenaline rush given that we heard the alarm calls of a Barking Deer. Then we heard what looked like a struggle inside the bushes and then silence – which only meant that a predator had killed the Barking Deer. Inspite of waiting for long hours, the predator did not show itself and we finally turned around to exit the park. That’s when we saw this handsome Tiger almost at the gate of Bandipur National Park.

The next morning safari was even more thrilling. We came to a bend on a road and saw another Jeep that had just seen a huge male Leopard walking on the road. We moved a little ahead and waited just it case the Leopard showed itself again. We were really lucky – not just did the Leopard show itself, it casually strolled towards us before once again melting into the Bandipur wilderness.