Cautious African Elephant with her Inquisitive calf in Masai Mara

As we returned to the lodge after the morning Balloon safari in Masai Mara Reserve our driver Emanuel met us at the hotel reception and asked us if we would like to go on another safari. This was in lieu of the morning safari in a land cruiser that we missed since we had gone on the Balloon safari. I decided to take the offer. A little later we set off on the safari. It was pretty hot and as we headed into the Masai Mara Savannah, I wondered as to what kind of photography would be possible in this extreme lighting conditions. 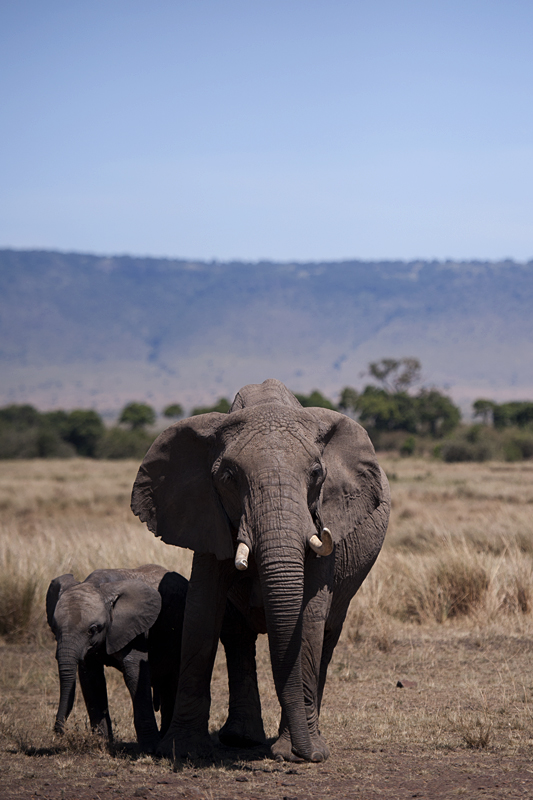 We didn’t travel too far and we saw an African Elephant with a little calf. We stopped in our tracks to observe them. However, seeing the approaching Land cruiser the mother turned around and took a offensive posture (above) to protect her calf. Almost instinctively the calf was on the mother’s side.

Understanding that we have unsettled them, we switched off the engine and waited patiently. When the mother Elephant saw that we were not going away, she put her body between the vehicle and the calf and started slowly walking (below) in a direction parallel to us. 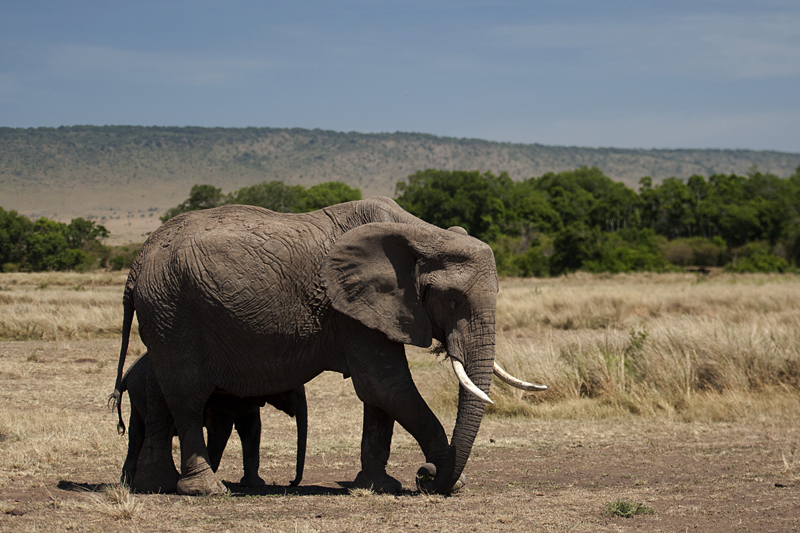 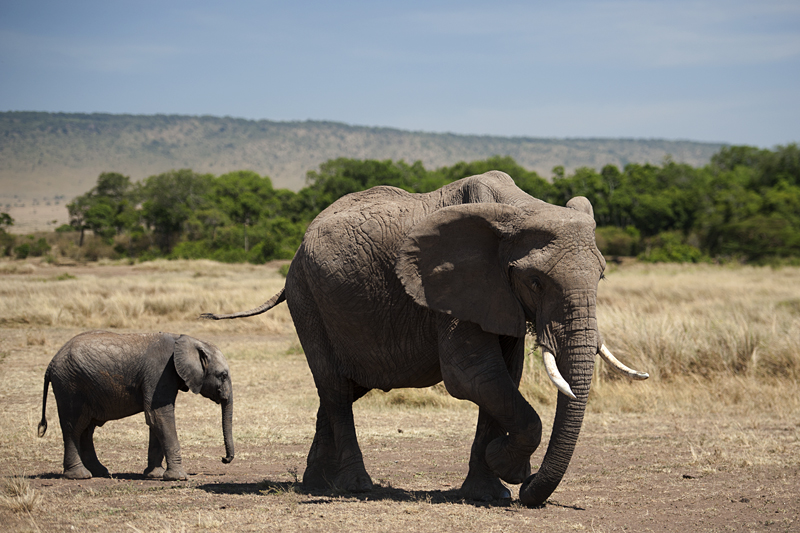 We remained motionless and silent all the while and after a few minutes she realized that we were not a threat to her or her calf and started to relax (above). 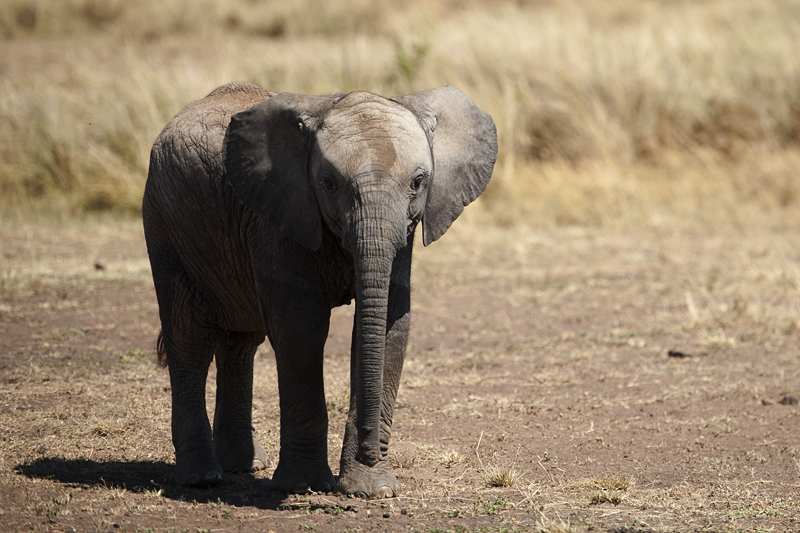 The change in mother’s mood reflected in the calf’s behavior as well and soon it started to venture away from the mother. At one point it stood, looked at us for a moment (below) and then hurriedly followed in its mother’s tracks (below). Yet another interesting Elephant behavior is described in African Elephants encourage calf to cross Mara river. 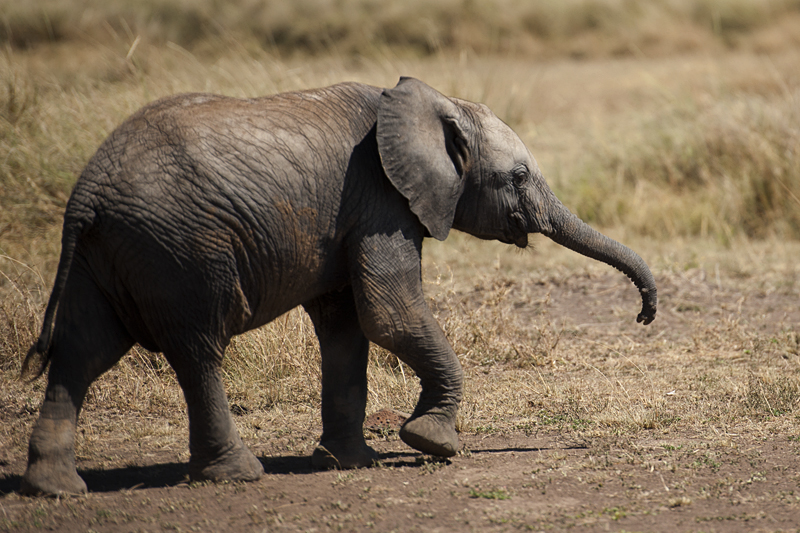