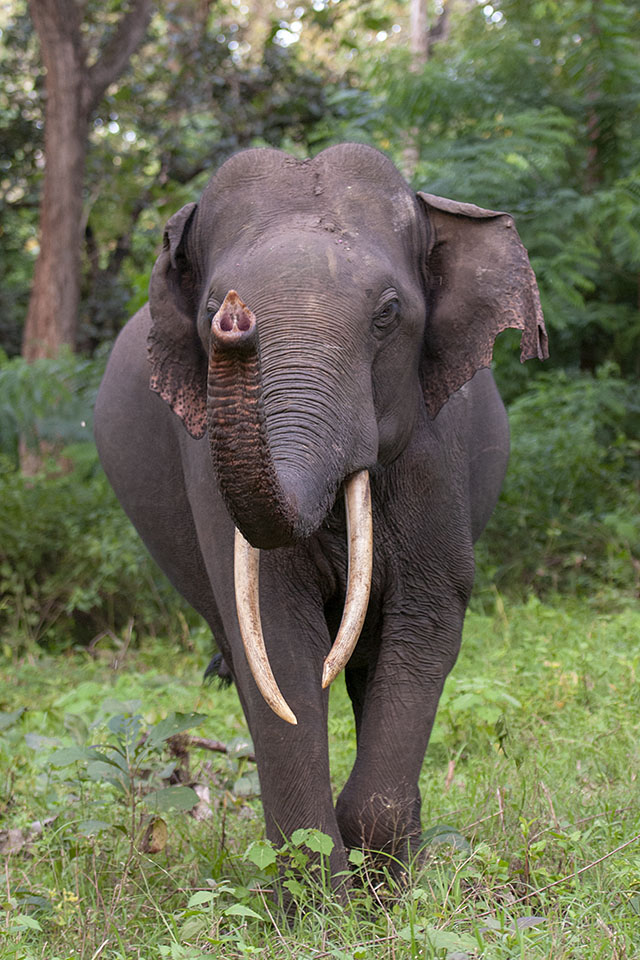 On this trip to Kabini, we were greeted with showers, given that it was the monsoon season. The great thing about monsoon is that the forest is transformed and the color saturation is at a new high. As we entered the park, we saw a huge tusker standing beside a tree. 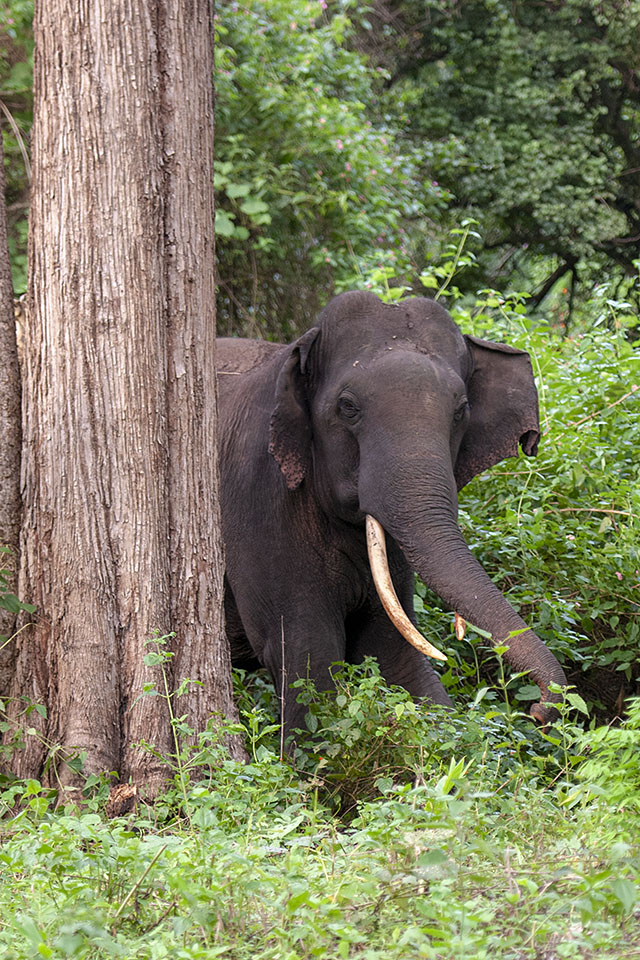 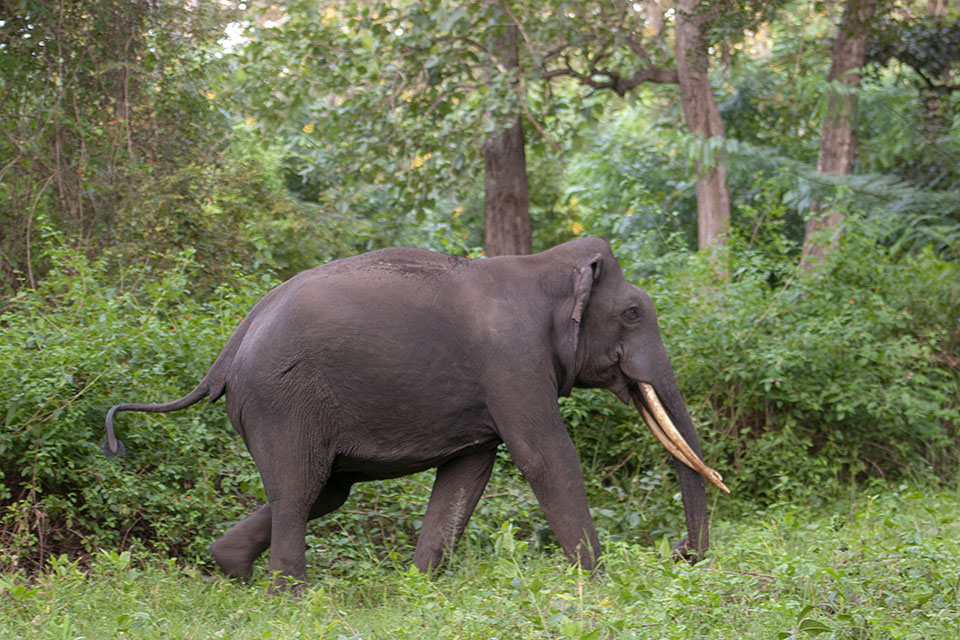 The moment the Tusker realised that he had been spotted, he shot for cover. It was now clear that this Elephant either wasn’t used to vehicles or had some not so good experiences associated with it. He didn’t get far. He stood motionless just behind the lantana shrubs that are prevalent in most forests of the Indian sub continent. 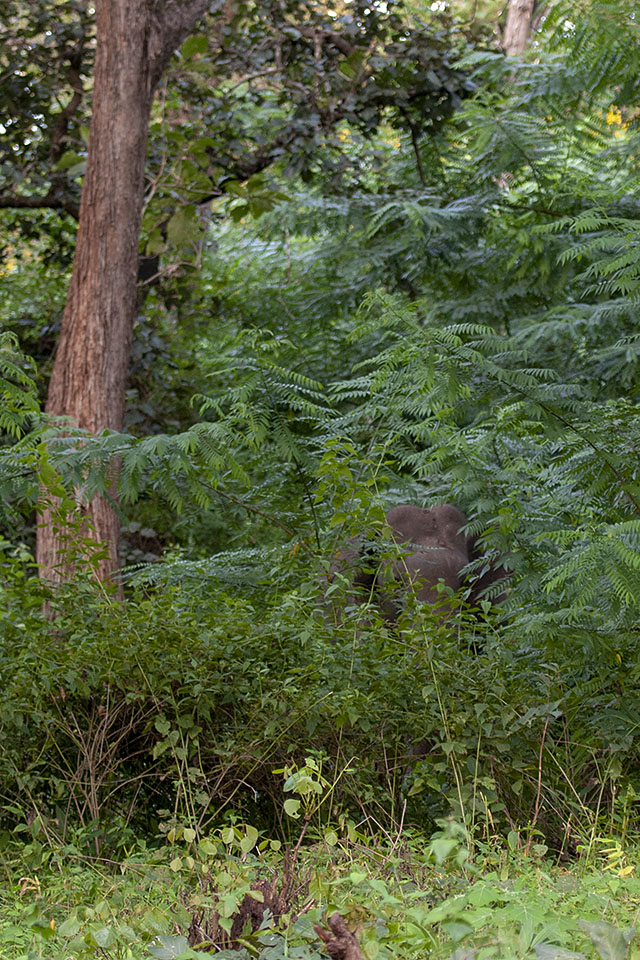 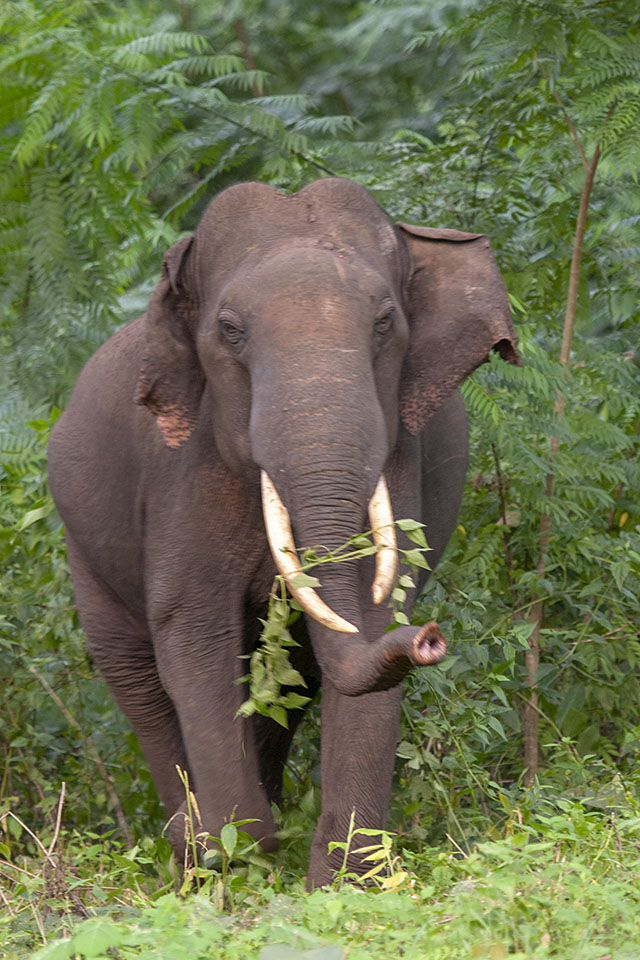 He soon realised that we were’t going anywhere and dashed out from the lantana cover heading straight for our vehicle. We stood our ground and he stopped a few feet from our vehicle, pondering his next move. Our driver figured out that this is a nervous Elephant and started the vehicle. As soon as he did that, the elephant charged at us, as depicted in the feature image (first picture of this post). He once again stopped a few feet from the vehicle. 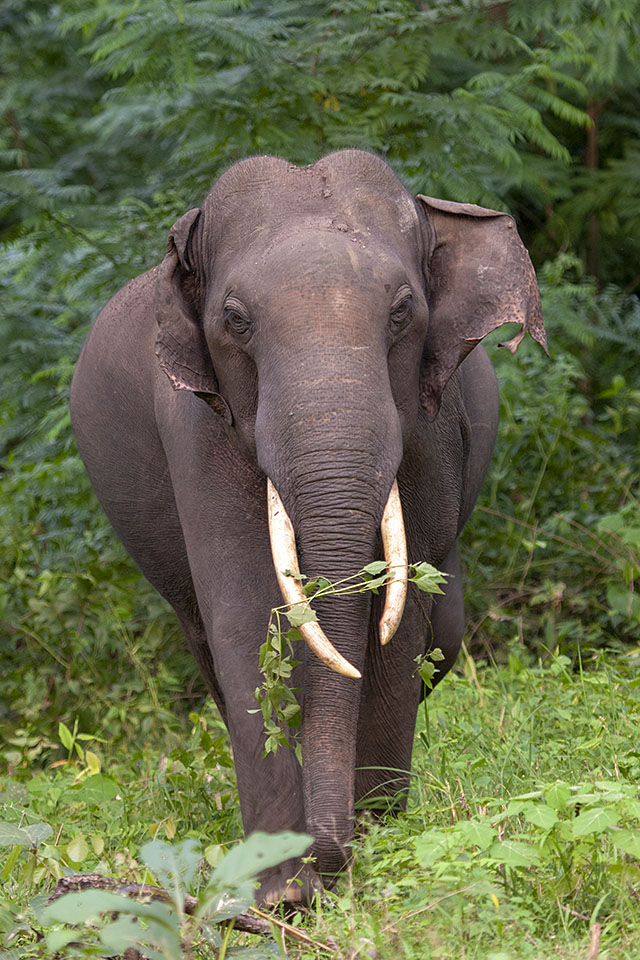 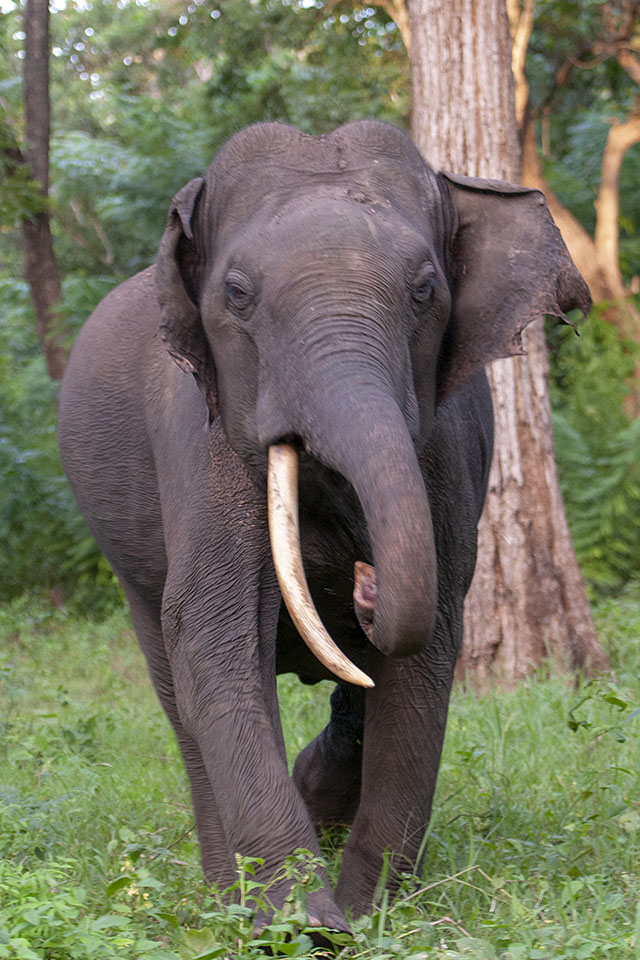 When he charged for the third time, we knew we had run out of chances and it was time to start the engine and put some distance between this Elephant and us.