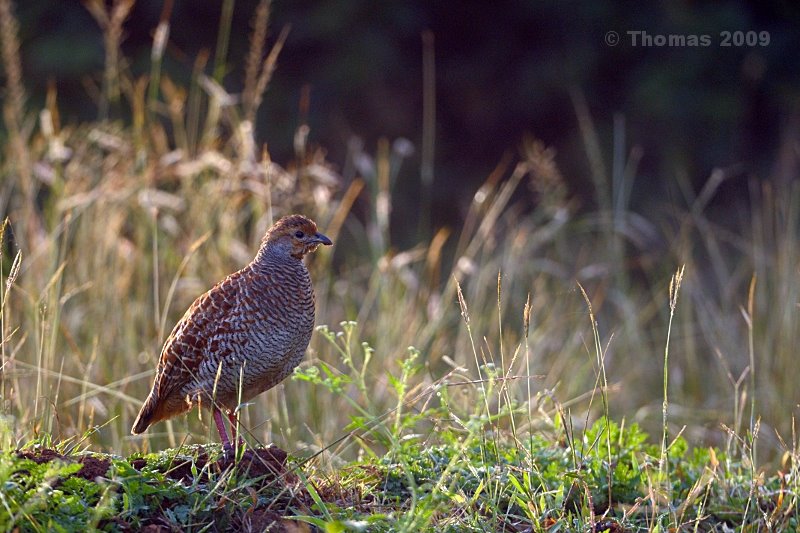 Grey Francolin is a widespread resident found in most open habitats across India. It prefers dry grass, thorn-scurb, avoiding humid tracts, and is more common in the neighborhood of farms and villages. The population of Grey Francolin has been steadily declining due to extensive hunting and trapping. But in recent years, with hunting ban more strictly enforced, these birds are staging a comeback.

Grey Francolins are about 33cms in size and are fast runners. They prefer to run when approached or disturbed and take to wings only when surprised. We adopted the birding tips mentioned in my previous post and were rewarded with frame filling compositions.

Here is a collection of images from our recent encounters with this shy bird. As usual all images are taken with the Nikon D300, Nikon 300mm f2.8 lens with 2x teleconvertor. To avoid camera shake, we used the car window for support. Post processing has been done to the extent of cropping for composition, levels, saturation and sharpness.
Our first ever image of the Grey Francolin was this back-lit full frame image taken on a misty morning. It was as though this fella was sun bathing. Tech specs – 600mm, f5.6, 1/400s, 0EV, ISO 800. 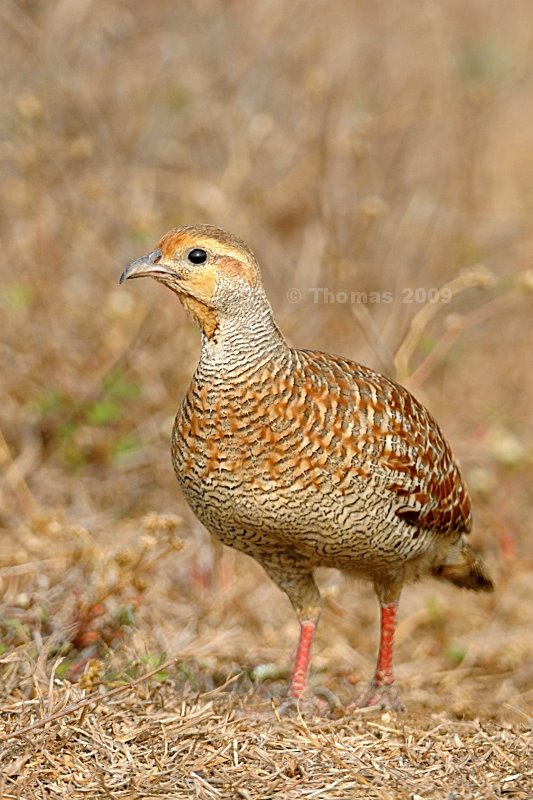 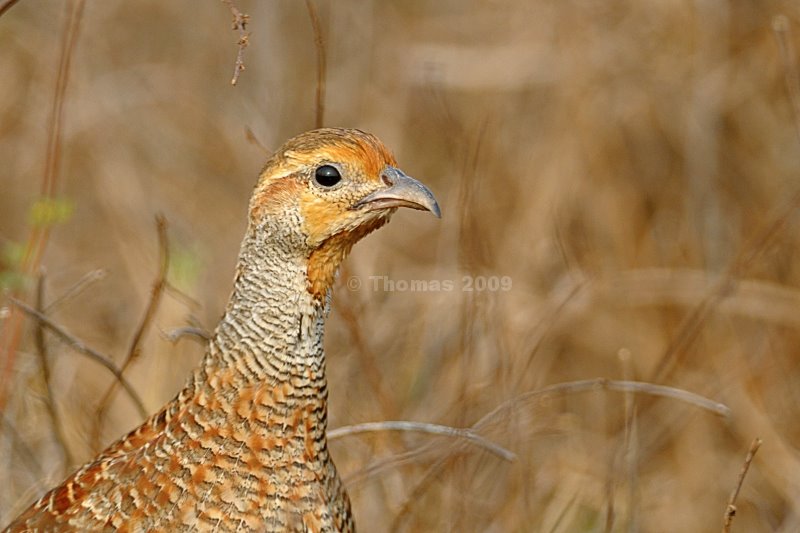 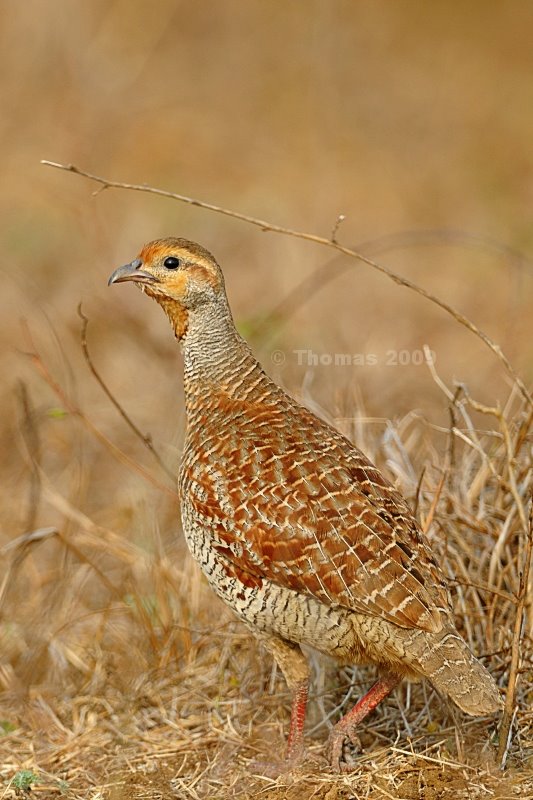 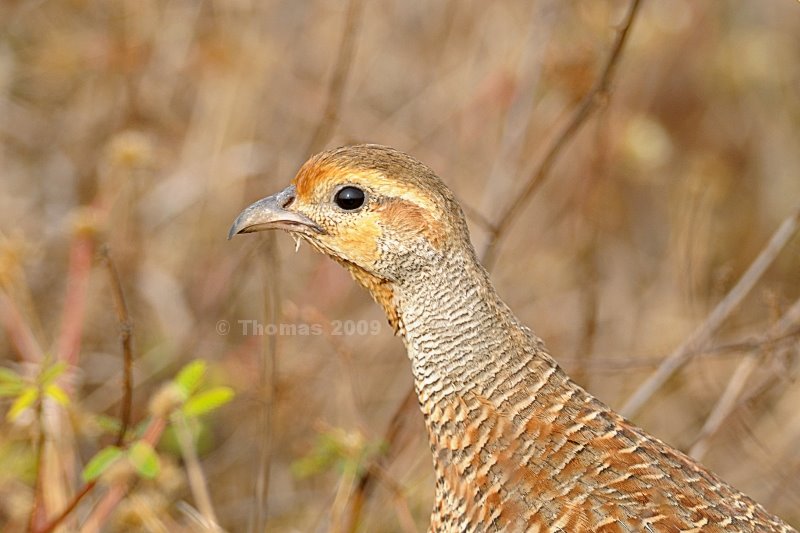 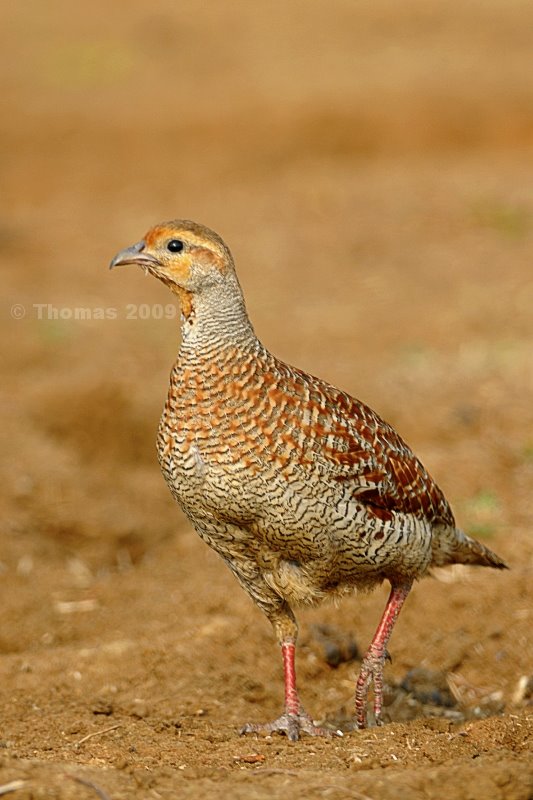