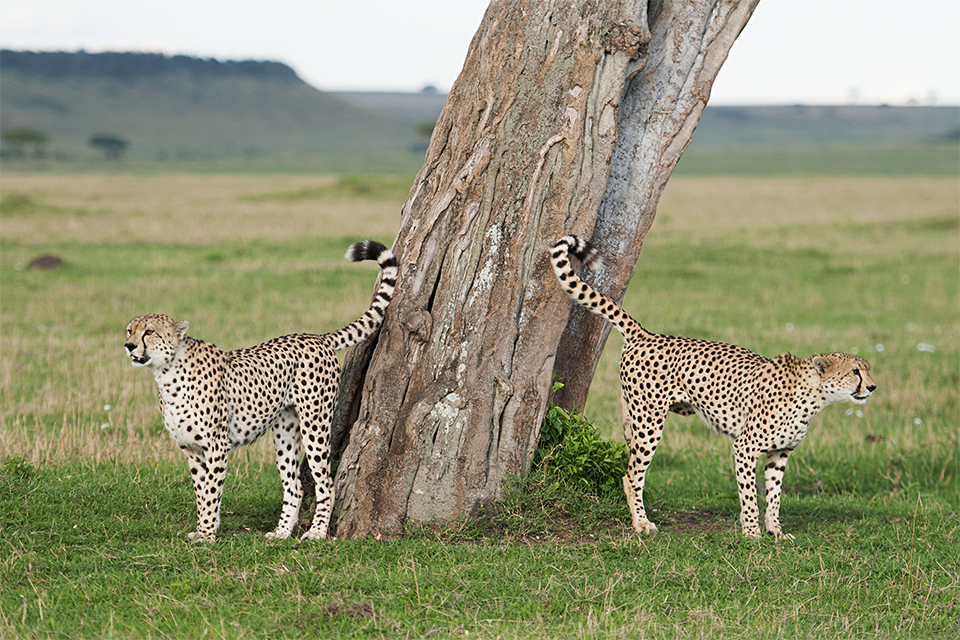 We had an amazing sighting of two Cheetah brothers during one of our safaris in Maasai Mara. And to our delight, we sighted them again. In the previous post, we shared their stakeout at the Kenya-Tanzania  border. We thought that the brothers would move into the Serengeti National Park after we had seen them. But to our pleasant surprise, they decided to hang on for one last border control check. They decided to scent mark a nearby tree giving us yet another fantastic photo opportunity. We captured the brothers taking turns and at one point they were scent marking in unison; making it an incredible composition. 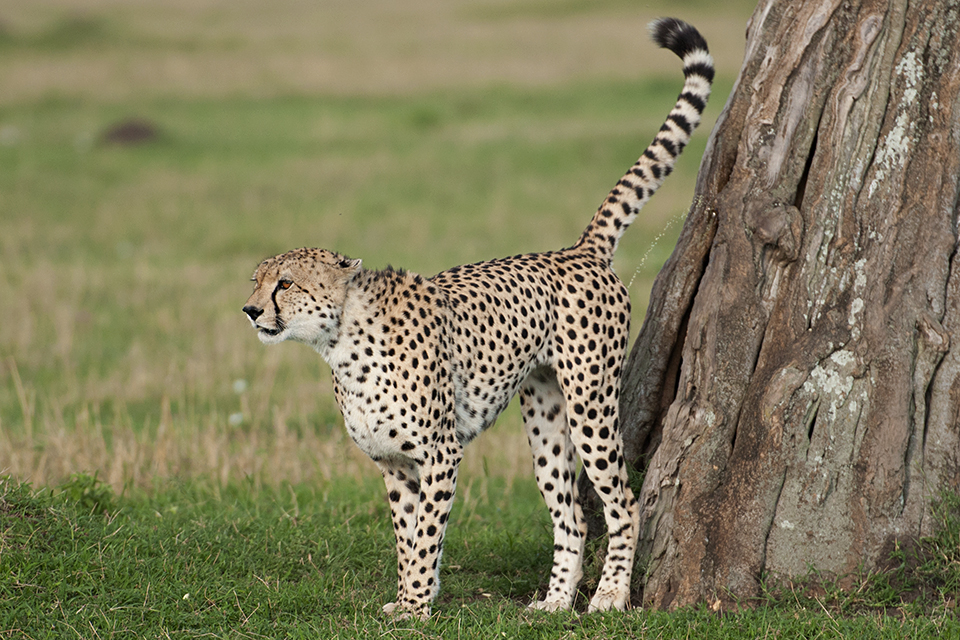 Looking at one brother scent marking, the other quickly joined in. I have never seen two Cheetahs scent marking the same tree at the same time and clicked away to glory. 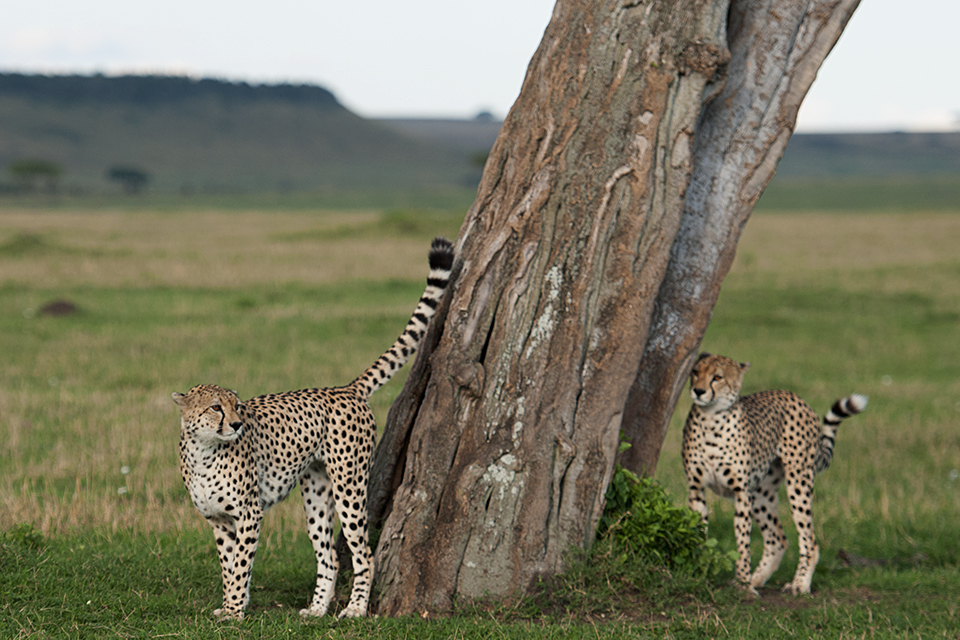 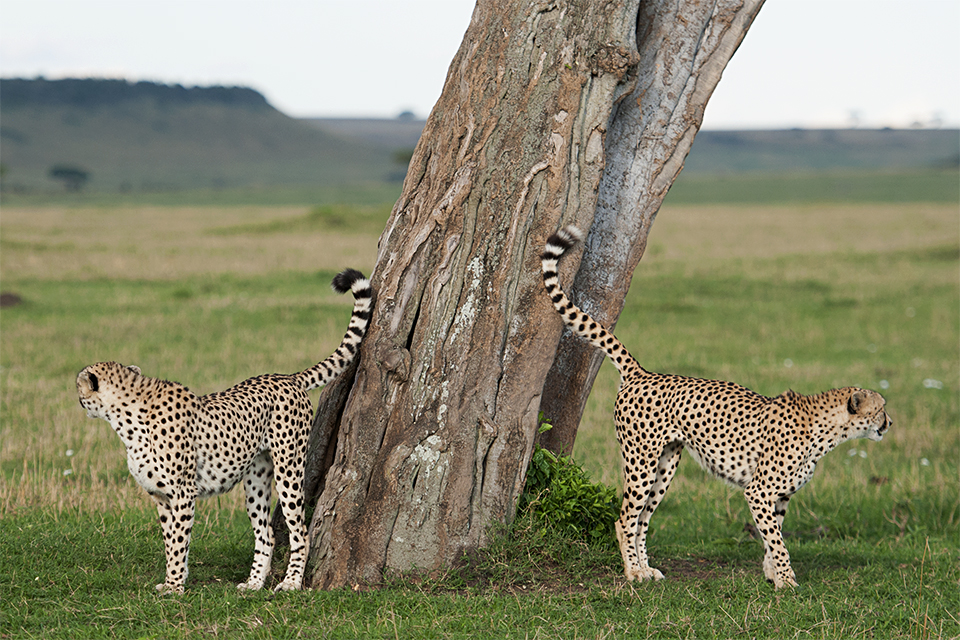 After the scent marking ceremony was over, we thought that the brothers would scuttle way into the Serengeti Savannah. However, they surprised us yet again as we saw  one of them settling down on the lush green grass. 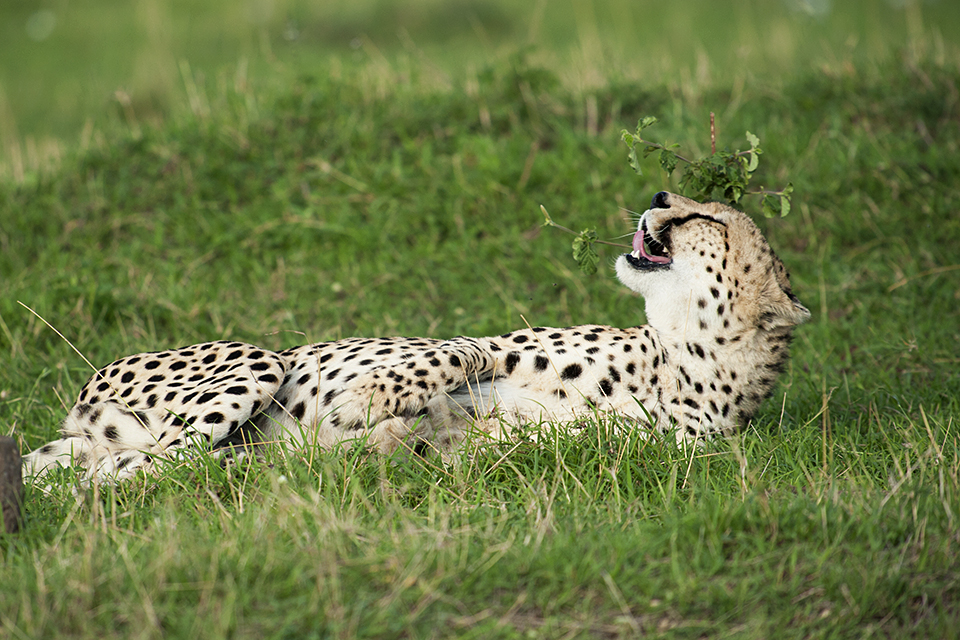