Cheetah with cubs in Serengeti – part 2 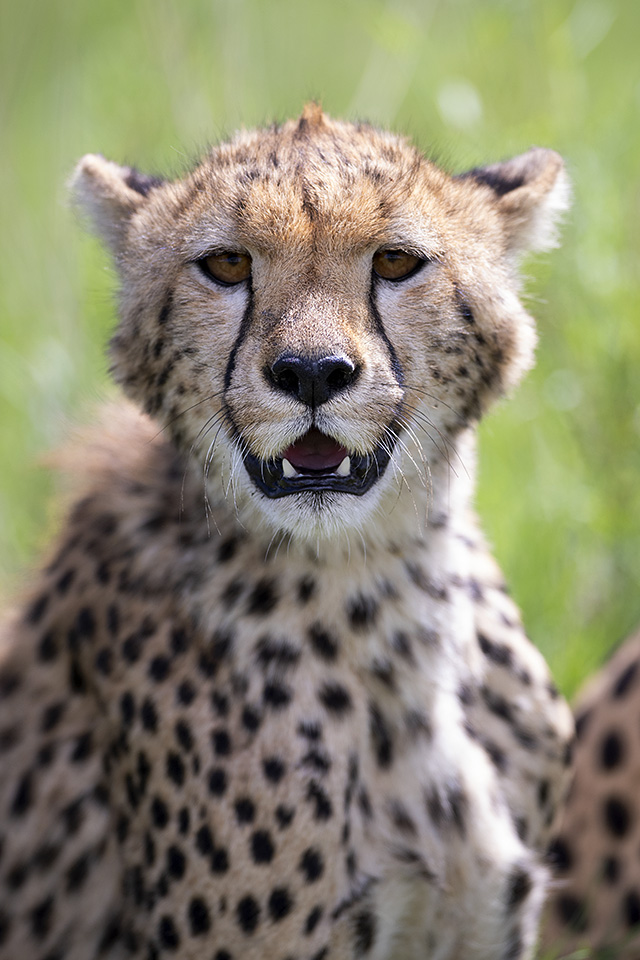 This a follow-up story of a previous post where we had featured a Cheetah mother with two of her cubs in Serengeti. The Cheetah mother was on one side of the road while her cubs were stranded on the other side. They were frightened of the safari vehicles on the road and refused to cross the road even though their mother called out to them. Seeing her cubs reluctance, the mother finally gave up and crossed the road again – this time to go back to her stranded children and comfort them. Once they saw their mother they got comfortable. One of the cubs got up and walked across to sit next to its mother seeking her comfort.

The other cub wasn’t that bold and continued to hide itself in the grass. That was when the mother thought it was time to encourage the little one. She went up to it and pampered it a little, to try and infuse some confidence so that they could move on. It was lovely watching this whole interaction between mother and her cubs.