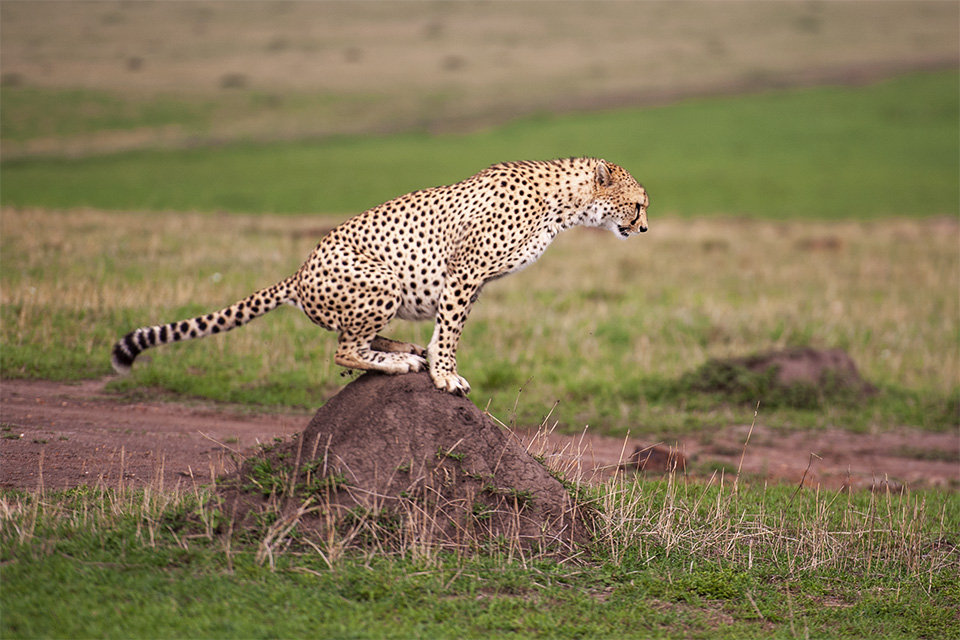 We spotted the famous Cheetah Brothers of Maasai Mara in their favourite area, the Kenya-Tanzania border. This time around the brothers seemed to be actively involved in patrolling their territory. They were frantically sniffing the scent of a probable intruder. I readied my camera since I knew what was coming next.

One of the brothers started scent-marking its territory, while the other brother went around to the opposite side of the rock. And just to make sure that the probable intruder gets a message clearly that he is trespassing, they scent-marked the same rock simultaneous.

Thereafter, the Cheetah brothers walked side by side along the tracks, while in the distance you could one of the stones marking the Tanzania-Kenya border. Soon the brothers reached these stones.

One of the brothers used the border stone as a dropping point, while the other Cheetah used the permit mound, adjacent to the border stone, for the same. All these made for excellent photo opportunities. The border wasn’t far away and we were hoping the brothers did not cross over, since there was no way we could follow them into Serengeti.