Chital or Spotted Deer is the most abundant deer species found in India. It is common to see herds of 30-50 these doe-eyed beauties with a few stags (identified by their majestic horns) in the forests here. During early mornings and late evenings, we have seen larger herds as well. Chitals are the prey of choice for Tigers, Leopards and Wild dogs (Dholes) and their population density is critical to the survival of these predators. Always on alert, Chitals are easily spooked, by even the slightest of movement around them. Many a times, it is their alarm calls, which indicate to us that a predator is around.
We just noticed that since the time we started this blog a year back, we have never done a post on this beautiful deer. The closest we came to a post is when a pack of Dholes, Wild Dogs, feasted on a Chital Stag. We have tried to put together a collection of images showcasing their typical behavior. Most images are using the D80 and 18-200mm lens, the closeup shots are using the D300 and 300mm with 2x TC. 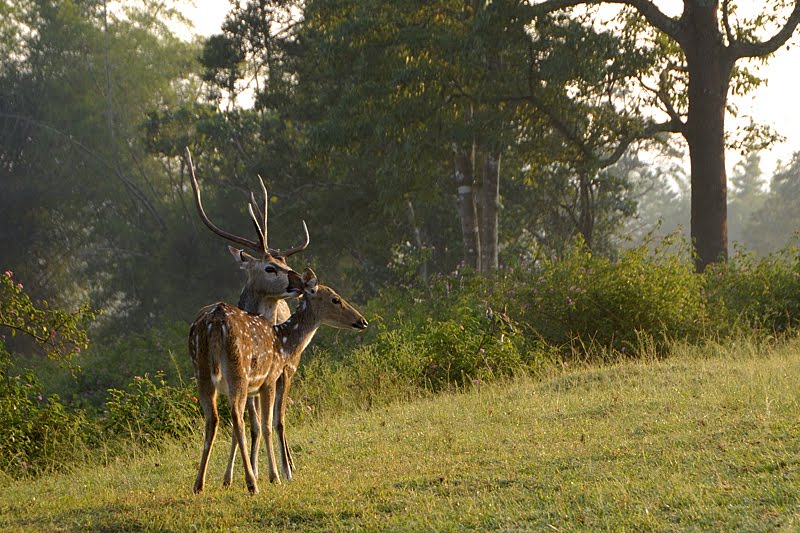 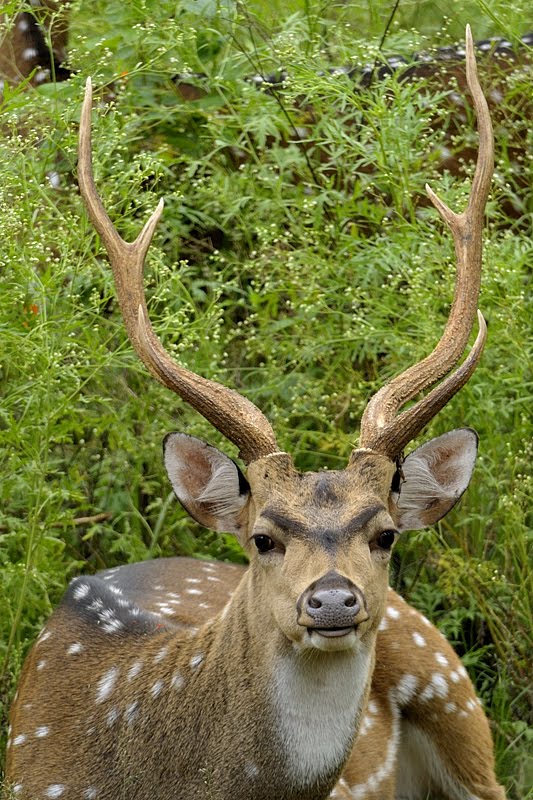 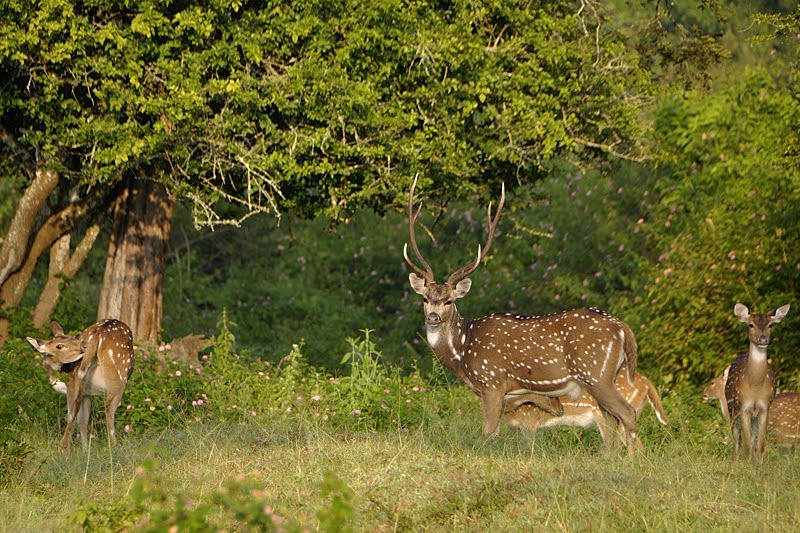 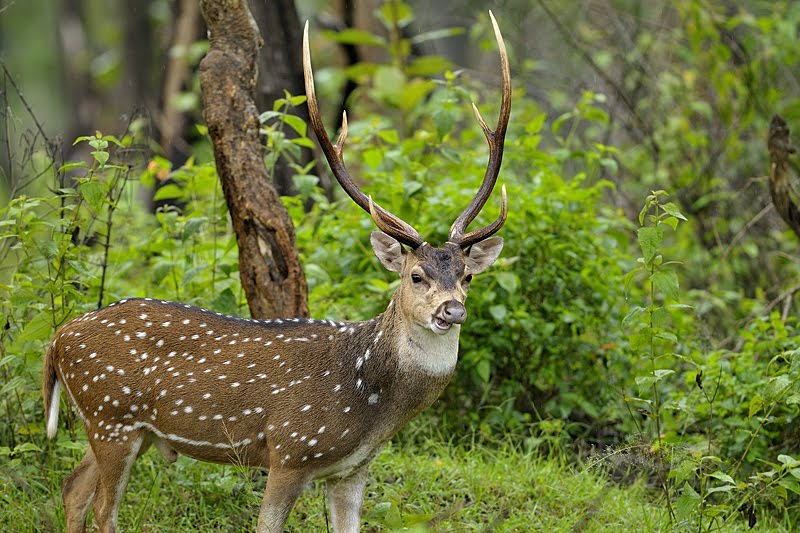 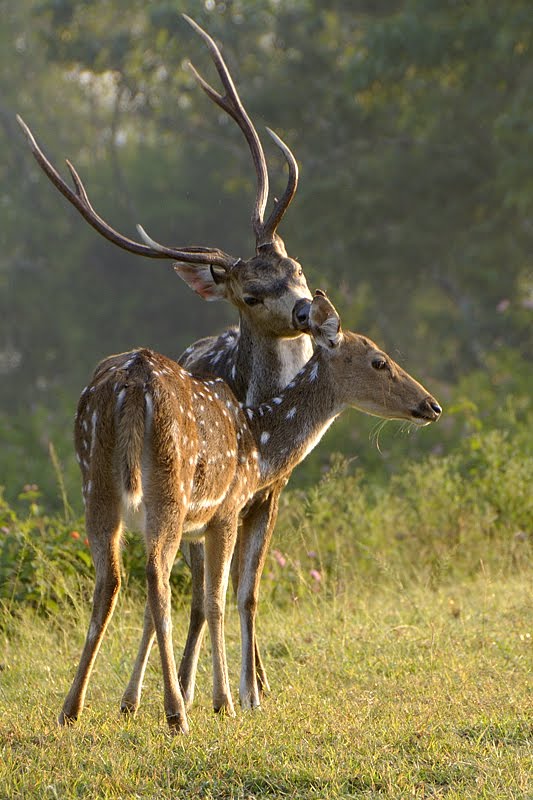