Close encounter with an African Tusker in Amboseli National Park 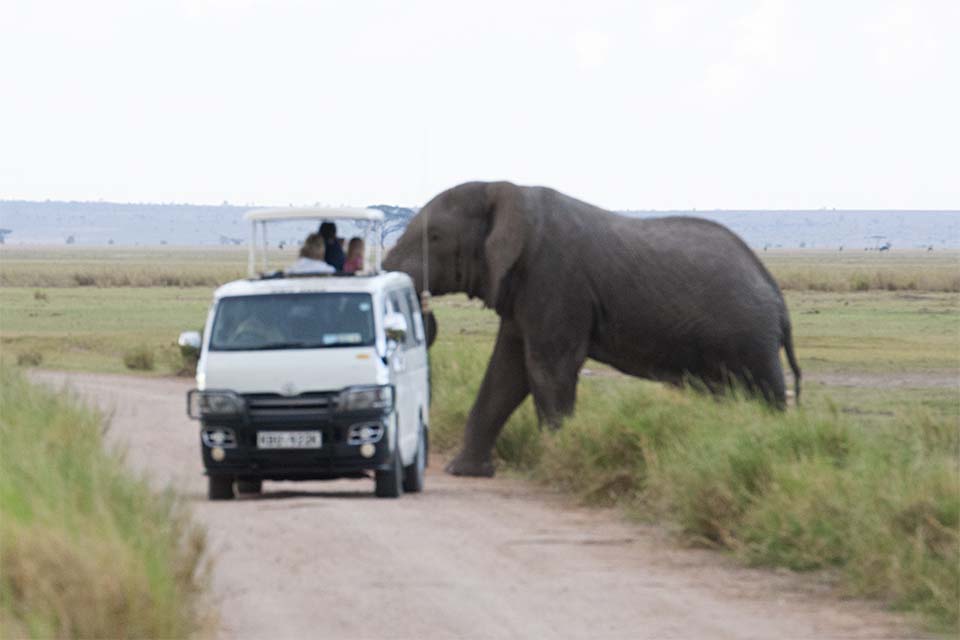 As I caught my breath after photographing the clash of the young tuskers, I noticed a massive African Elephant male standing close to the road. There was a vehicle with tourists who were photographing him. The only problem with this situation was that the tourist vehicle was too close to this Elephant. I realized anything could happen here and turned my attention to the situation. 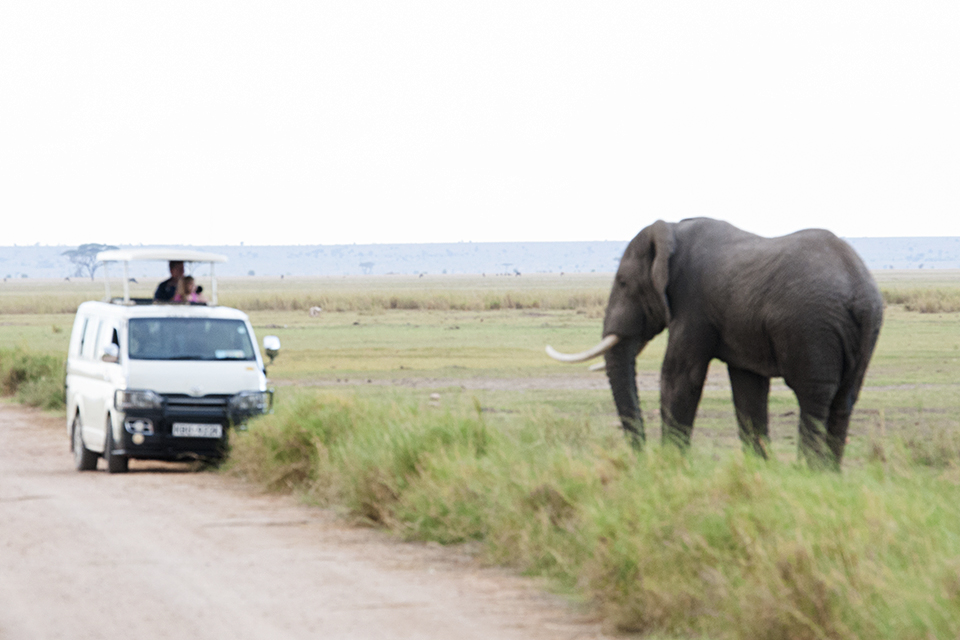 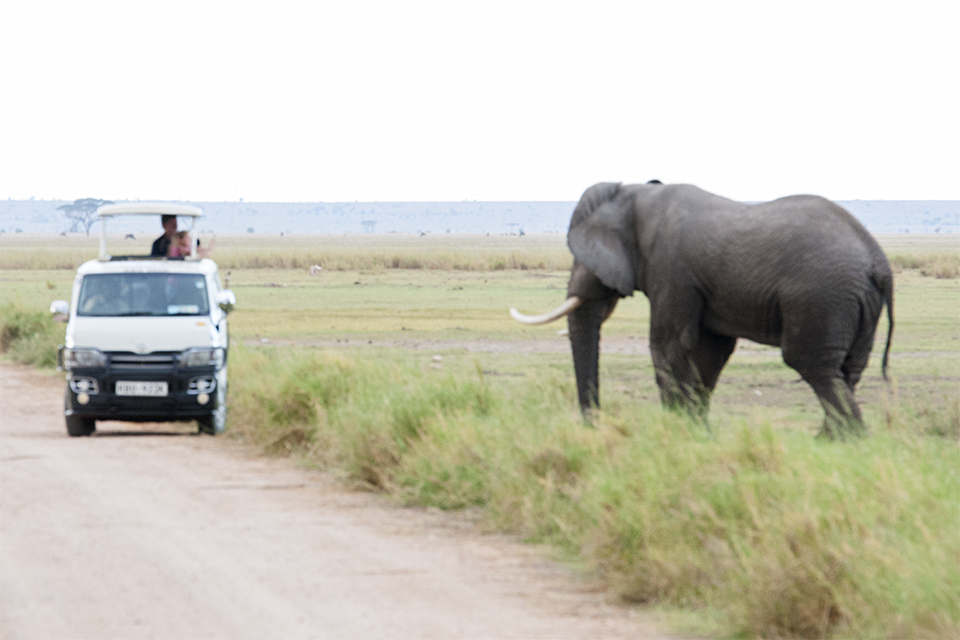 The tourists had already breached the comfort zone of this African Elephant and once he realized that they were  not going away, he turned around to face the vehicle. At this point the driver realized his mistake and moved his vehicle away from the agitated Tusker. The vehicle stopped in its tracks as quickly as it started. 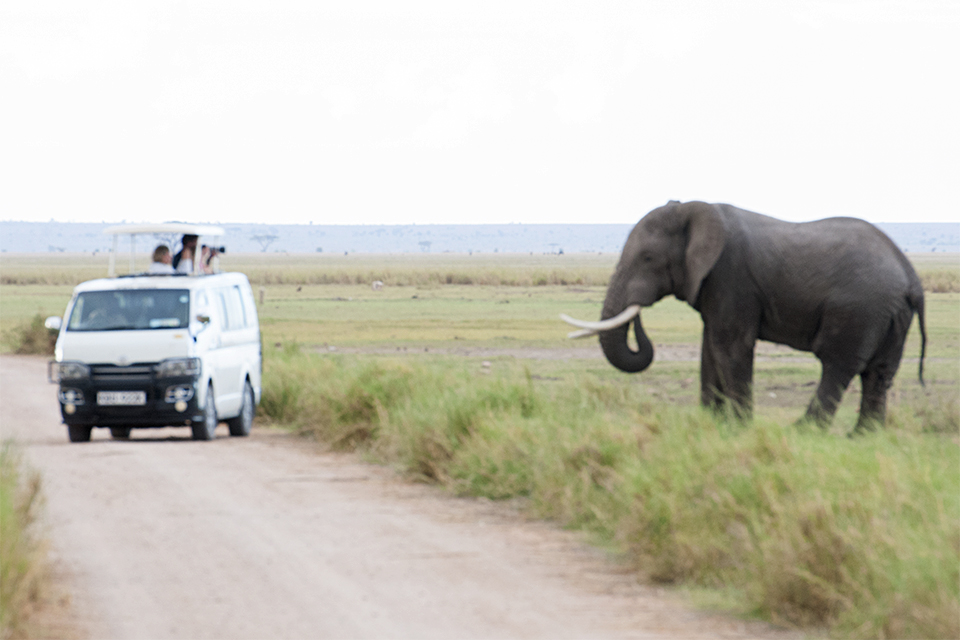 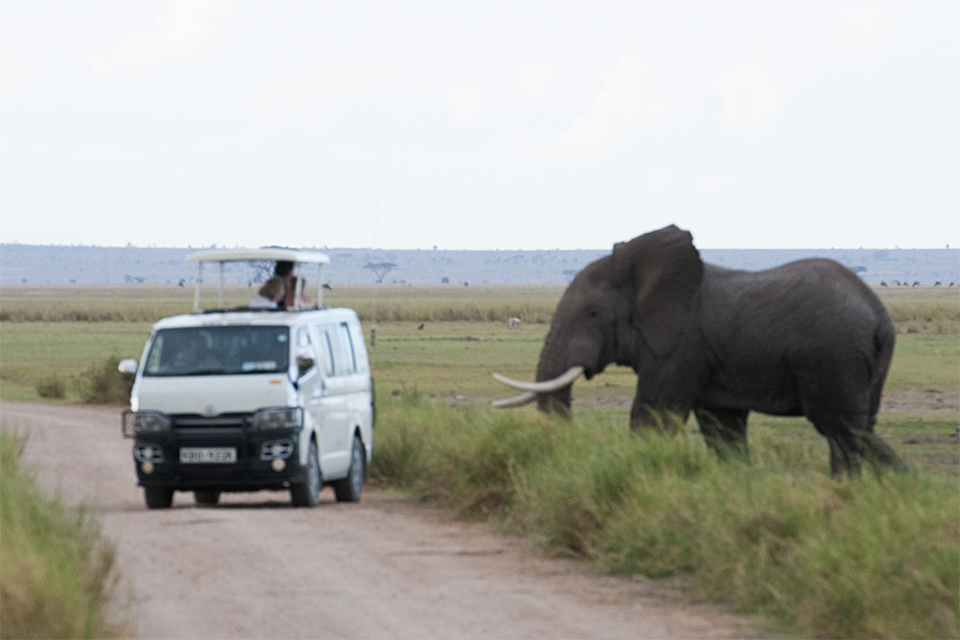 This time the huge bull had enough of this vehicle and he took a couple of serious steps in their direction. That was the sign the driver needed and he moved away from the African Elephant. The Tusker just wanted to cross the road and this vehicle was in the path. But soon he casually crossed behind this vehicle, which we captured as the feature image of this post. 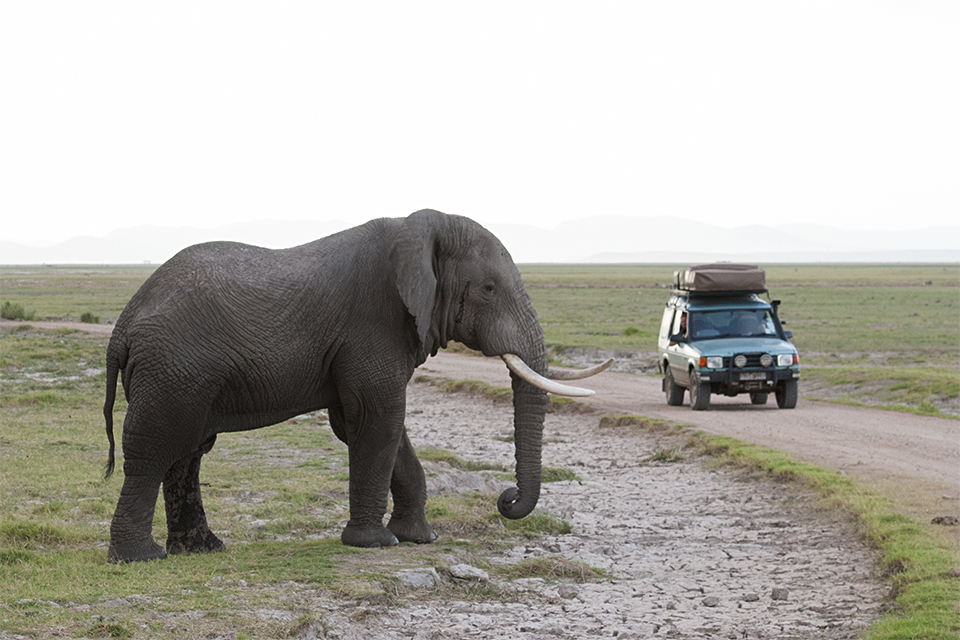