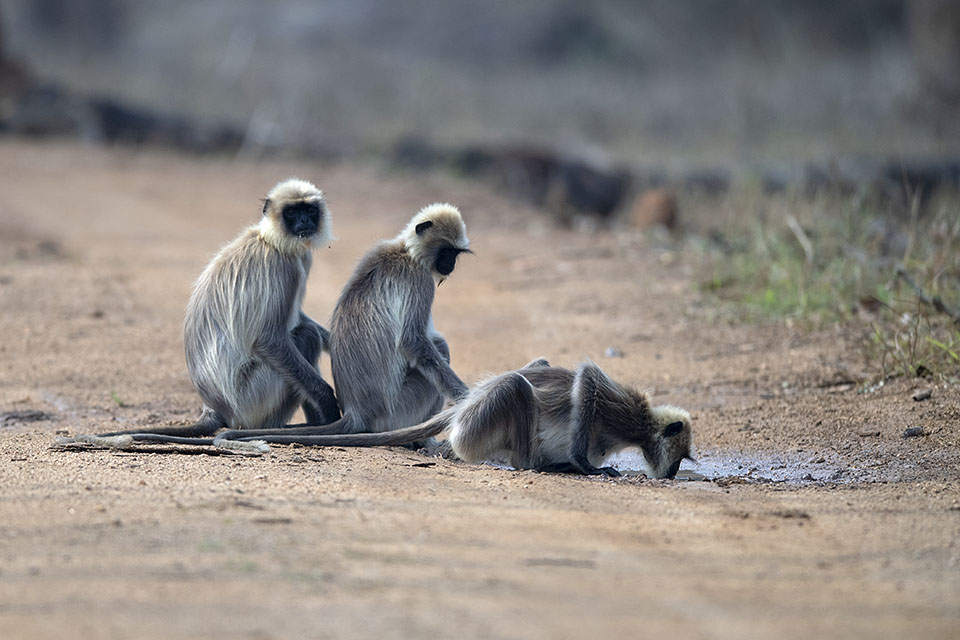 Sometimes the most common subject might give you an amazing sighting, if you are aware and patient. That is what happened to us, one warm morning in the Kabini Tiger Reserve. We were heading towards the gates to exit the national park when we spotted three Langurs sitting in the middle of the road. We requested the driver to stop the vehicle at a safe distance to watch what these Langurs were upto. Soon the first one starting drinking water from a puddle on the road.

The first Langur finished quenching its thirst and sat up and we were happy to freeze the action. He then got up and headed to the tree adjacent to the road. And to our surprise, the second Langur stepped forward and started drinking from the same puddle of water.

After quenching its thirst, he too hurriedly made its way up the tree. Now we had the lone third Langur looking up to the other two wondering what to do. We thought the he would be too scared to drink water, now that it was alone. But we were wrong. The third Langur put its head down, drank water and strolled across to the same tree and joined the others.