Congregation of Asiatic Elephants in Bandipur

We were intrigued by the amazing increase in Elephant sightings in Bandipur National Park. Last summer, Elephants sightings had been far and few. Whereas, on this trip, it felt like many Elephants herds had invited themselves to a congregation of Asiatic Elephants in Bandipur. Given that Asiatic Elephants are on the endangered list, it was heartening to see so many herds during the trip.  Let’s narrate a couple of exciting experiences from the many sightings that we had on this trip. The best sighting was the encounter with the Tusker in Musth, which is the feature image (above) of this post. This Tusker was following the herds, trying to single out the female Elephants in estrus for a possible mating opportunity. We spotted one such Elephant herd, that the Tusker was in pursuit of at a waterhole (below). 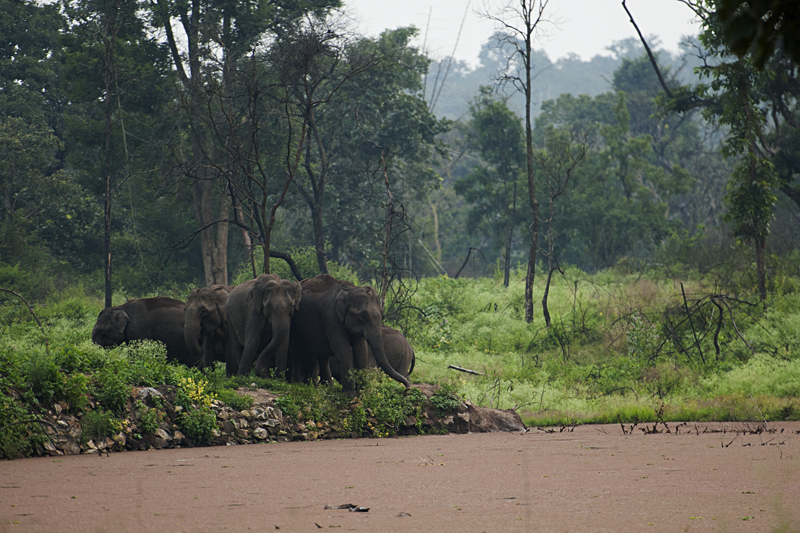 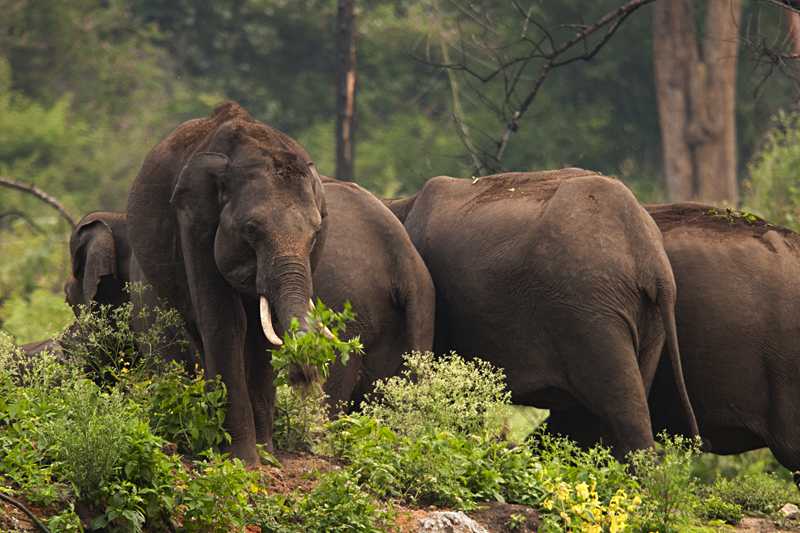 After sometime while most of the Elephants in the herd were moving away from the waterhole, an enthusiastic sub-adult male Elephant (above) stepped forward. I focussed on him only to see him happily foraging about enjoying the abundance of food and water. As the wintry dusk set in, we spotted a pair of Brown Fish Owls and one of them was calling out to the other making a nice picture. However, it was too dark and I could manage just this record shot (below). 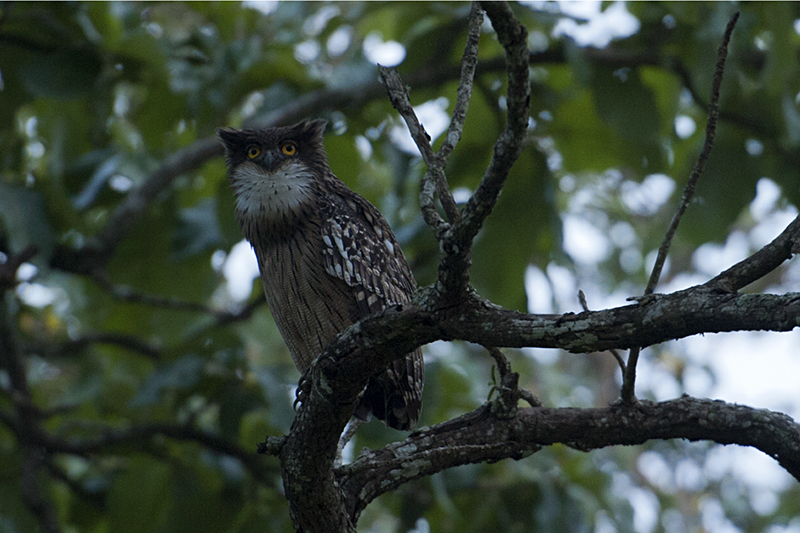 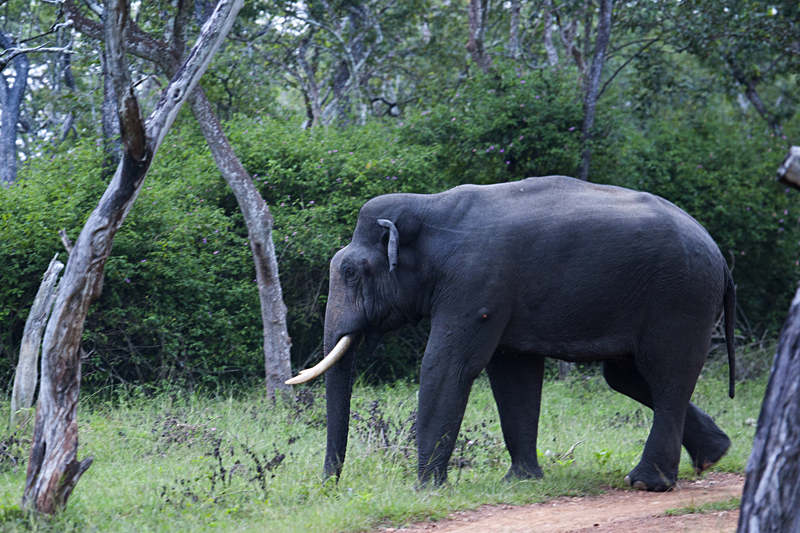 As the evening safari came to an end, another herd of Asiatic Elephants blocked the safari road and we patiently waited for them to settle down and get off the road. Our patience was well rewarded with a young bull Elephant (above) who emerged from the background giving us a couple of photo ops in the fading twilight. On a morning safari, we spotted another Elephant (below) at a salt lick. It gave us some stunning poses as it went about joyfully feeding on the salt-rich clay making for another good sighting, not to mention the many herds that we rushed passed, without photographing, given that they were over-protective of the young calves in the herd. 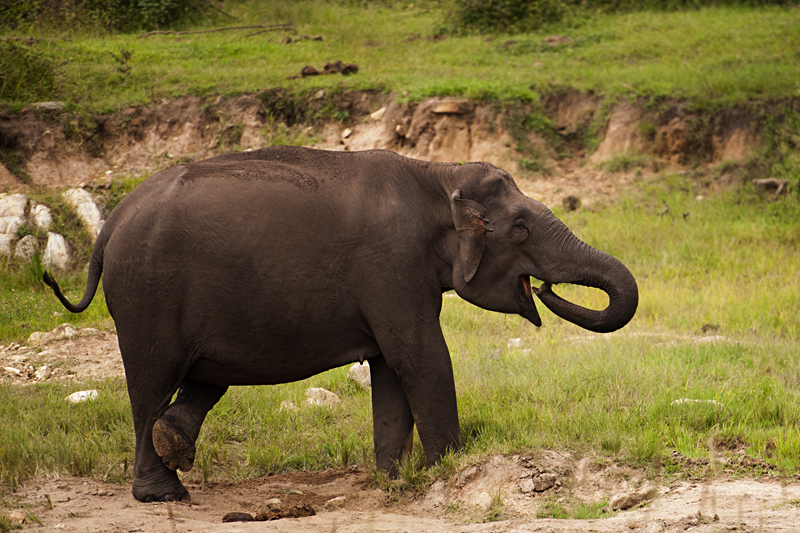