Counting the colors of a Lilac-breasted Roller

After the amazing sighting of the Cheetah during the previous evening safari, we were charged up to go on this morning’s safari. As soon as we got out of Mara Serena, we saw a couple of vehicles waiting by the road side and pointing into the tall grass. Instantly we spotted two Lioness sitting not far from the safari road. The light was too low and soft to take pictures and as we looked on, one of the Lioness went into a stalking position and had its sight fixed on something in the tall grass much ahead. After a couple of minutes, the Lioness broke cover, and a little further ahead we saw a couple of Impalas leaping into mid air and running for their lives. We realized that these Lioness were a bit immature to break cover too soon to have had a successful hunt. But what a way to start your safari and this got us all charged up. We drove on further into Masai Mara and our guide/ naturalist soon spotted some Ostrich in the distance, and we took a nearby track to get closer. Seeing the approaching vehicle, the Ostrich got a little nervous and the male got closer to the female letting us get them both in the same frame (below). 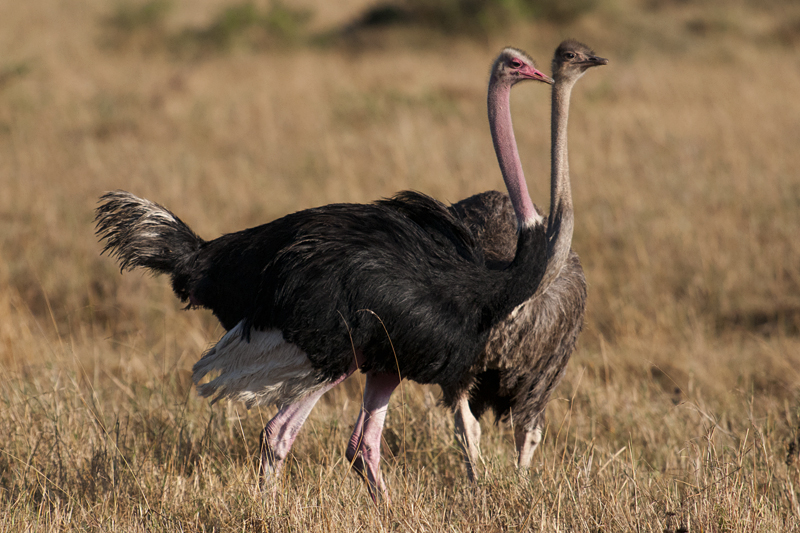 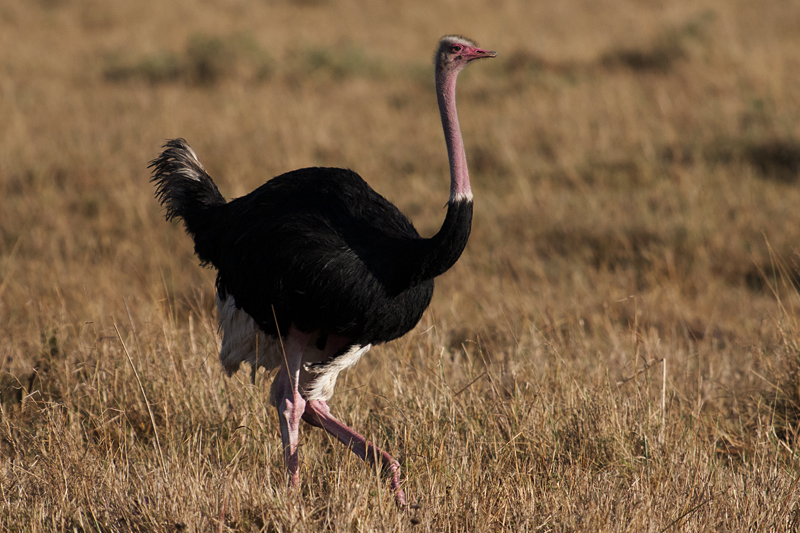 We switched off the engines and waited and once the Ostrich realized that we were of no imminent threat, they let down their guard and went back to foraging and we got a picture of the male Ostrich (above) in all its glory. Leaving the Ostrich behind we drove on and saw this handsome Thomson Gazelle (below) standing guard of his territory. He gave us a couple of lovely poses before getting back to his business of looking out for more of his kind. 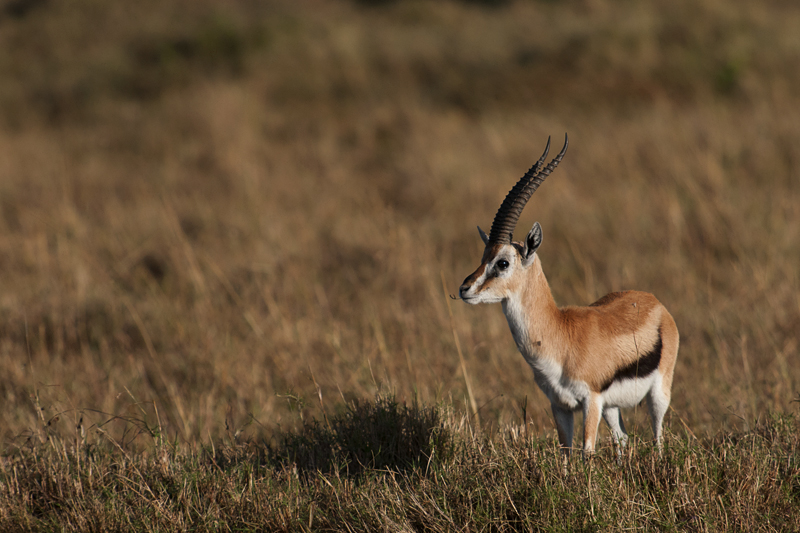 That’s when we noticed this colorful bird sitting on a shrub, some distance away. We quickly moved on to get closer and we stopped when the bird was in striking distance of my trusted D300, 300mm f2.8 + 2x TC setup. We then got our first record shots and identified it as the Lilac-breasted Roller (above), one of the most colorful birds of Africa.

Once we got our first pictures, we decided to get closer to the Roller, to get some more pictures (above). We inched closer and closer till we reached close enough to be able to distinguish the many shades of colors as seen below in the Lilac-breasted Roller’s repository. It then finally gave us a stunning pose that made the feature image (first) of this post. 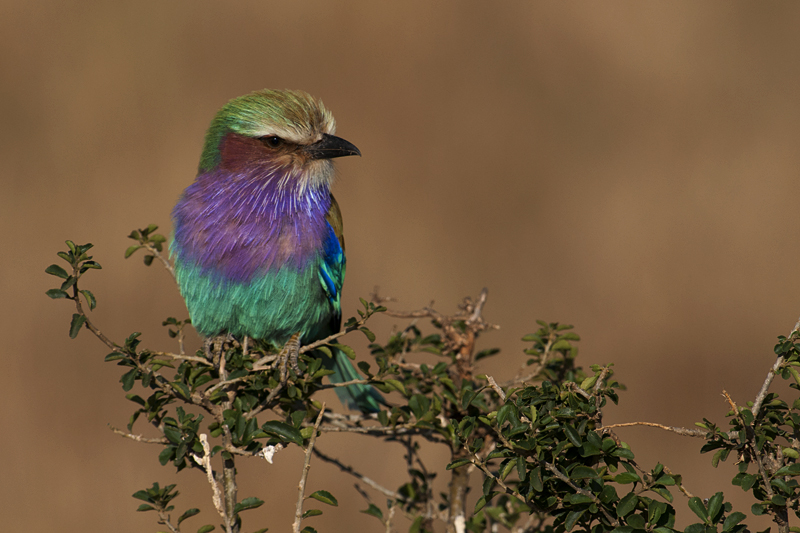