A Crested Hawk Eagle endowed with strong talons and beak is a fearsome raptor. At the same time, it’s piercing eyes and beautiful crest make it one of the most handsome bird of prey. Most of the times you will spot a Crested Hawk Eagle sitting still on the lookout for prey, like in the picture below. 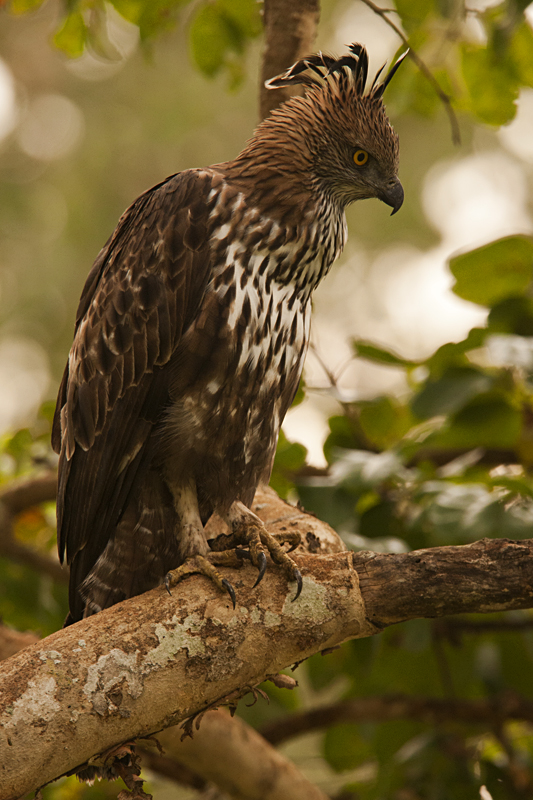 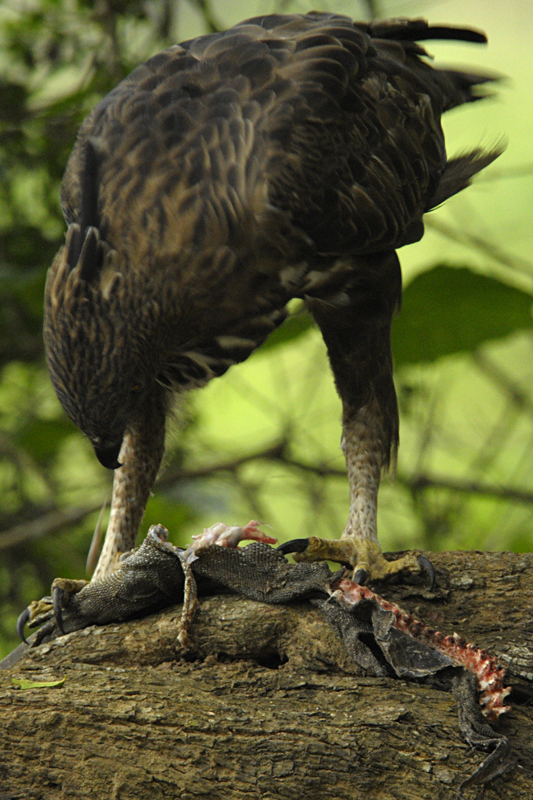 We have a couple of times spotted this powerful raptor in hunt mode and believe us, it is a spectacular experience. Once we spotted a Crested Hawk Eagle feeding on a Malabar Giant Squirrel. Another time, a Crested Hawk Eagle plucked a Parakeet in mid-air before settling down with it’s catch right in front of us. On this evening safari in Bandipur National Park, we got lucky once again as we spotted a Crested Hawk Eagle feeding on a kill (above). As we zoomed in we realised that it was a Monitor Lizard that had fallen prey this time. The raptor was perfectly perched at eye-level and was busy feeding (below). However, the low lighting made freezing action a big challenge. 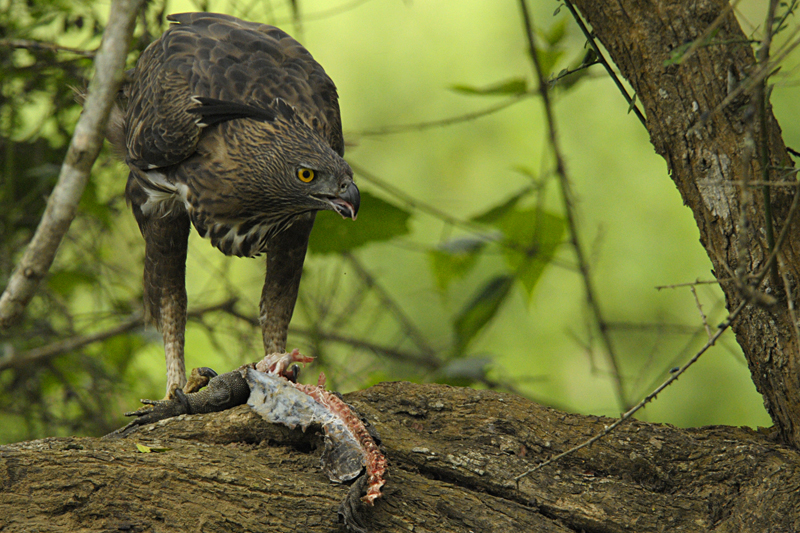 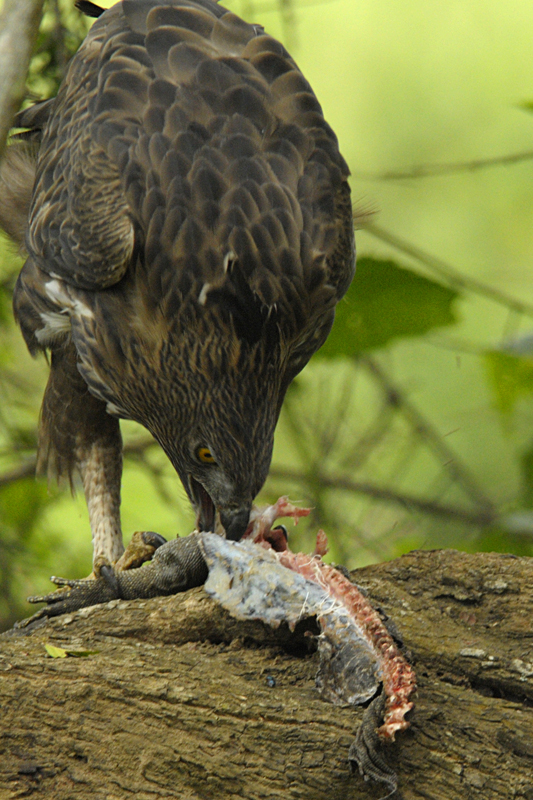 We watched the Eagle skillfully strip the Monitor Lizard’s flesh off its bones and patiently consume every shred of the flesh (above). Given that one doesn’t see such rare wildlife experience, we struggled with the lighting and took whatever pictures we could. After a while it was too dark to get any meaningful pictures and we left the Crested Hawk Eagle to finish its meal in peace and moved on. The next morning when we came around the same location, we spotted it again, holding on to the half eaten carcass of the Monitor Lizard. We captured the moment in a few pictures like the one below and the one that made the feature image of this post. 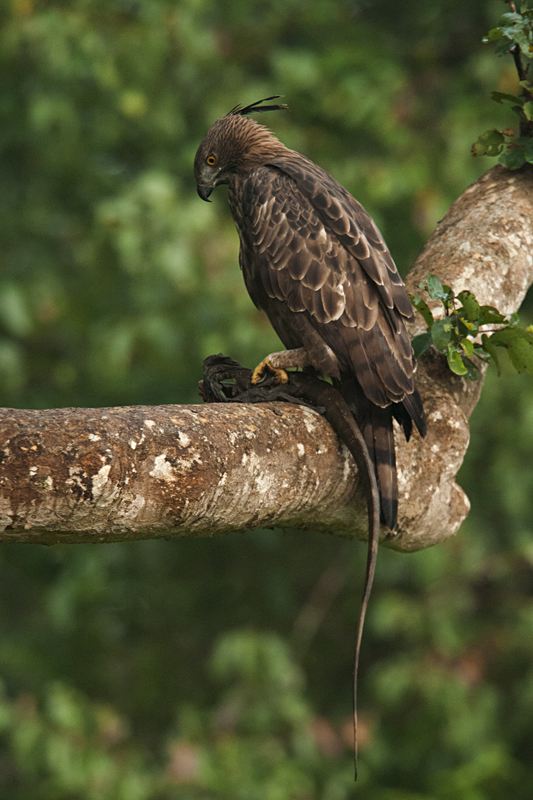