Crested Serpent Eagle with a Serpent kill in Ranthambore 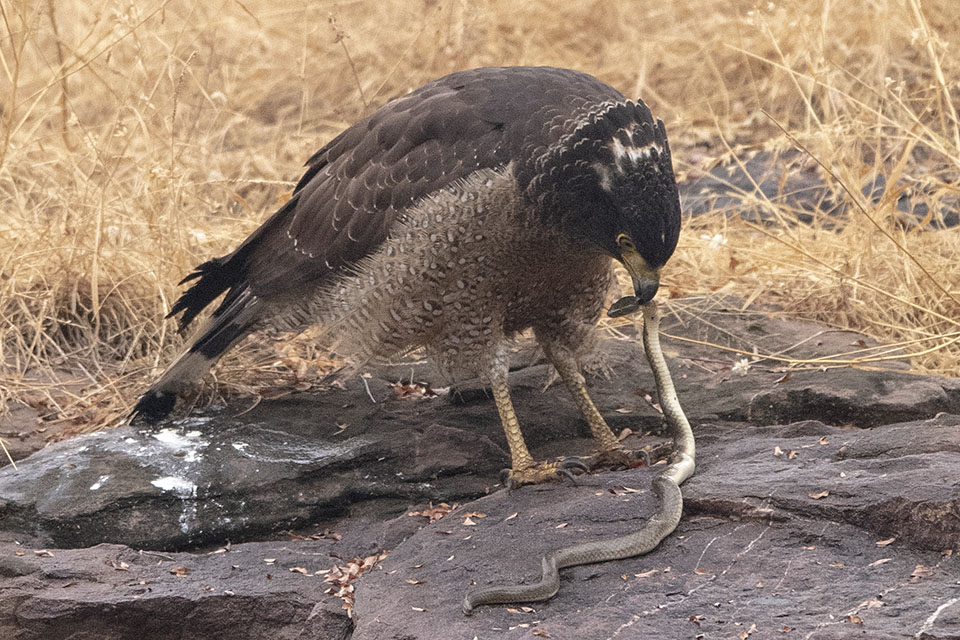 As we started this particular afternoon safari, the thought that crossed my mind was that after the spectacular sighting of the Tigress with cubs the previous evening, what more could I sight in Ranthambore? As we entered the park, we spotted  a pair of Collared Scops-Owl roosting in a tree hollow. 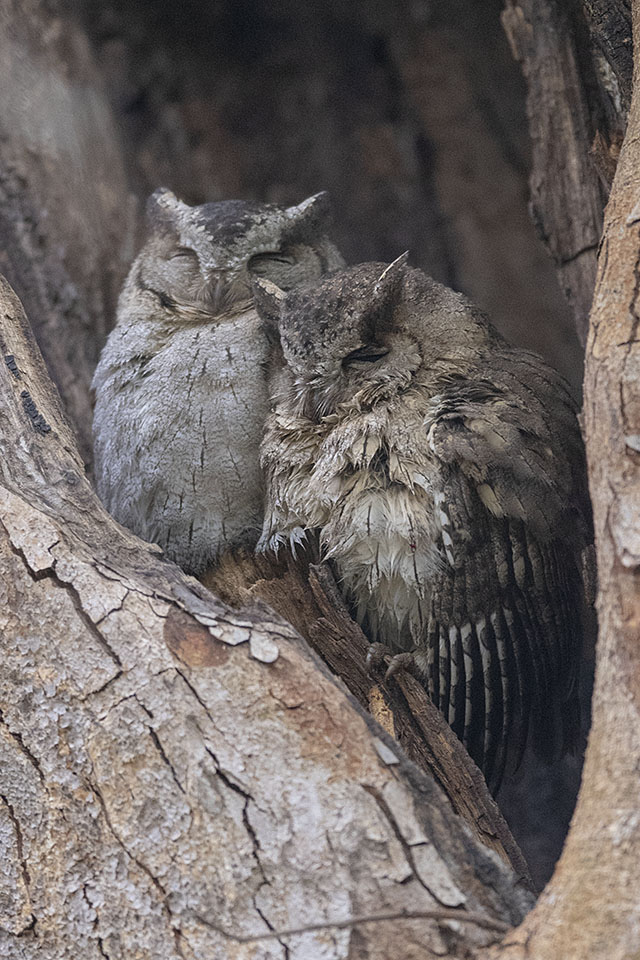 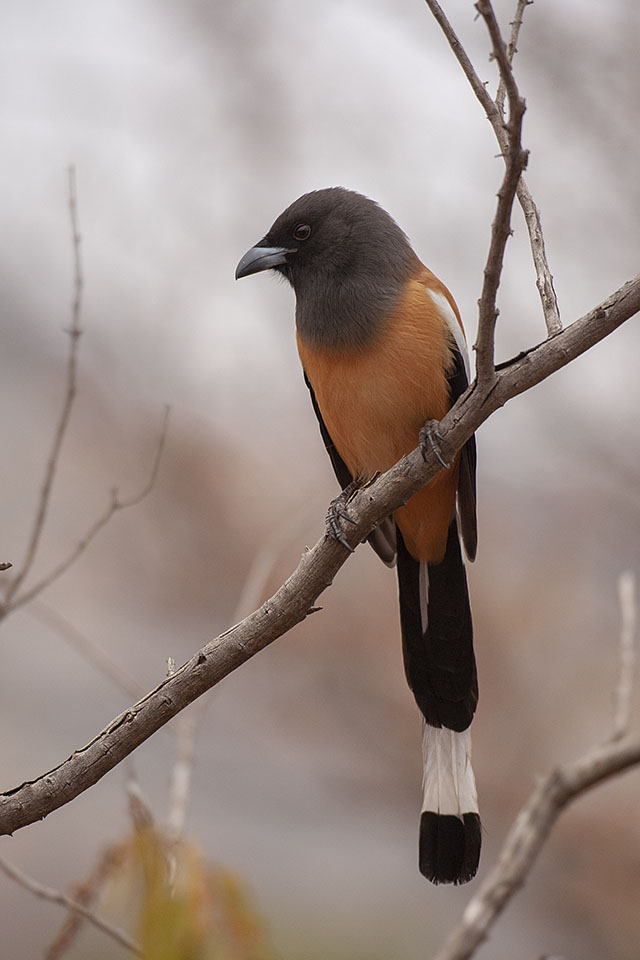 A little further, a Rufous Treepie flew close to us and perched on a branch right next to the vehicle. We got a couple of quick pictures and moved on. And then we spotted a Crested Serpent Eagle, one of the common raptors found in Indian forests, sitting by the stream. The fact that it was on the ground meant it had caught something. 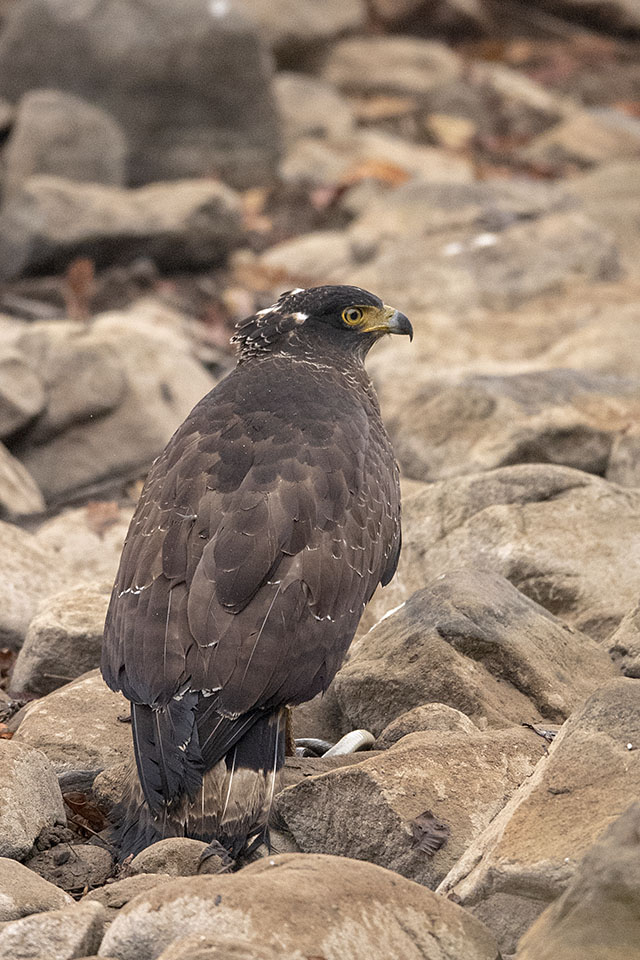 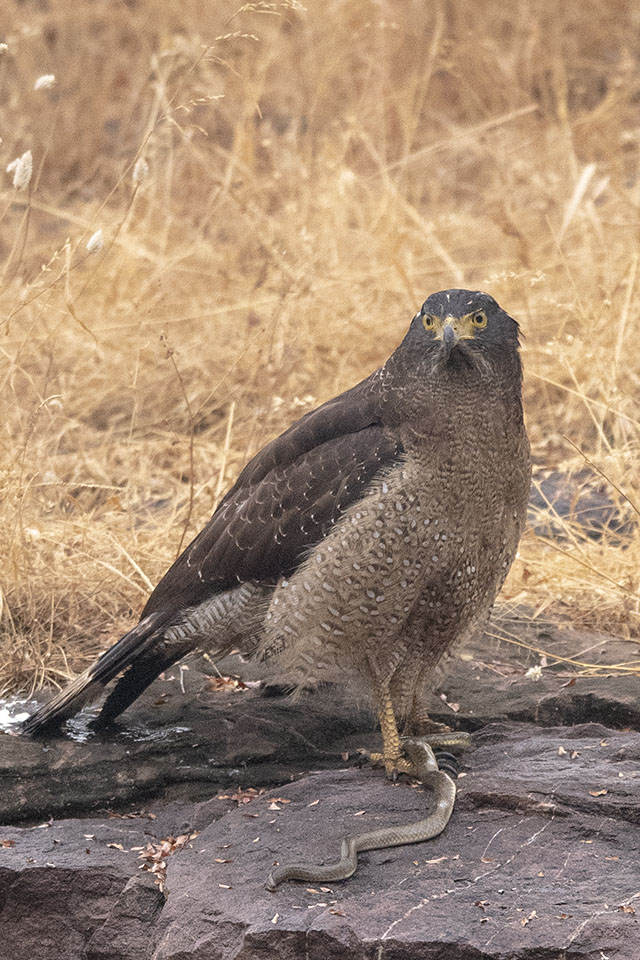 Only when it flew away and perched on the rocks did we realise that this Crested Serpent Eagle had caught a serpent which was still alive. The Crested Serpent Eagle first tried to behead the snake, but was unsuccessful. It however managed to kill the snake. It was an incredible sight to watch it gobble the snake as a whole. 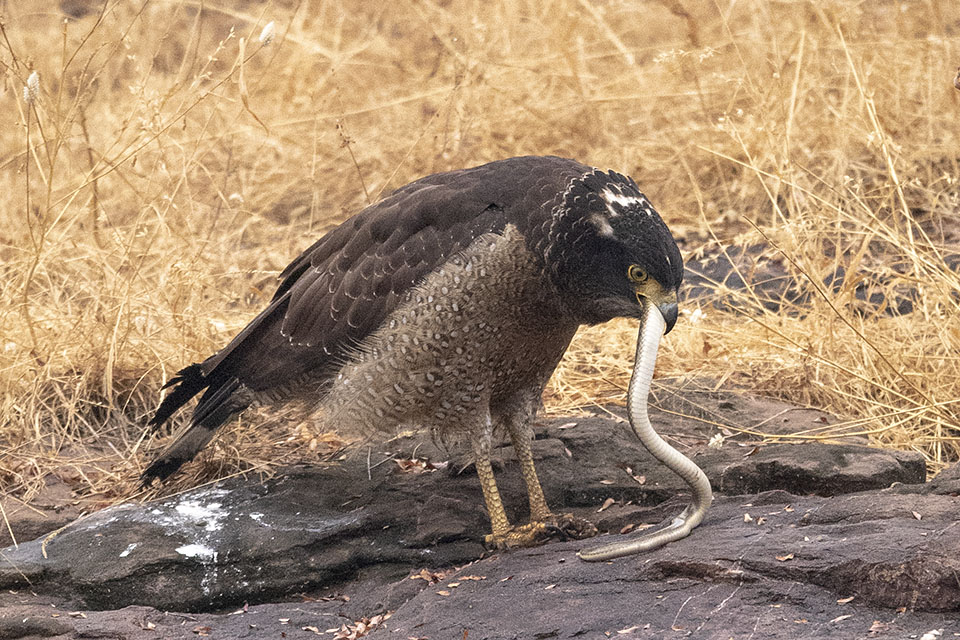 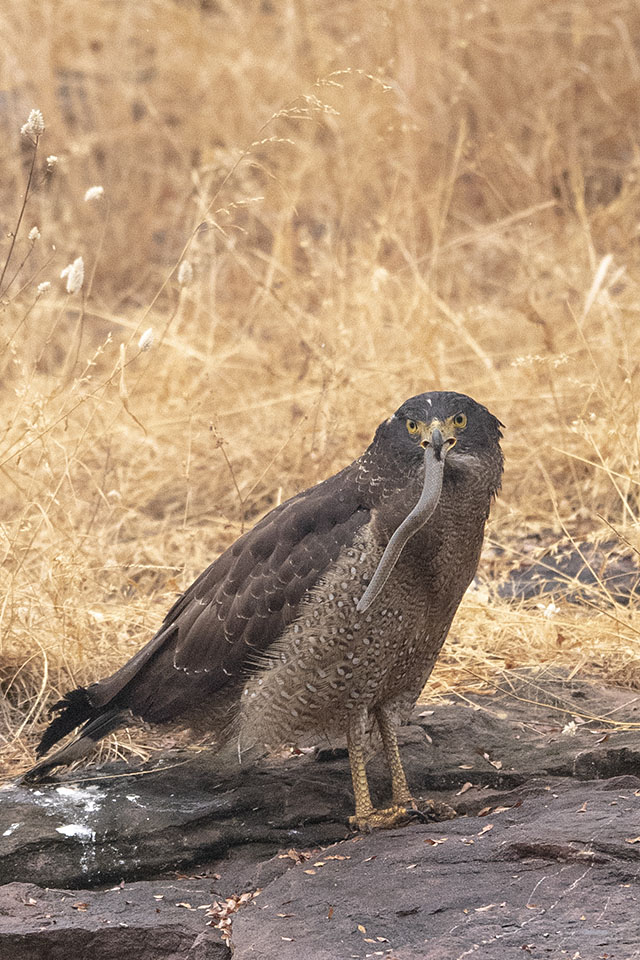 The Crested Serpent eagle turned around to face us just as it was swallowing the last part of the snake. That made for an amazing picture.