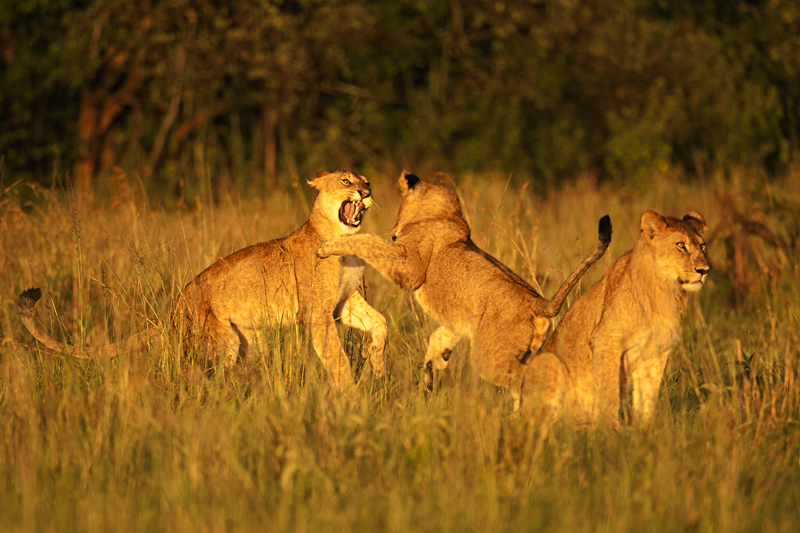 This rates as our best sighting of the African Lions during our maiden trip to Africa, and it came after braving a huge downpour on the last evening that we were in western Serengeti. As we headed out for our last safari in Serengeti,  it almost immediately started raining. We were wondering if we would sight anything in the rain. That’s when we saw a jeep parked along the safari tracks at a distance and it was evident that they had spotted something. When we reached the location, we saw a lone Lioness, which seemed to have taken cover in the bushes (seen in the second image) to wait out the rains. We told our driver that we would wait for the rains to stop and see if we could get an opportunity to photograph the Lioness. However, unlike the previous downpours that we faced on this trip, the rain this time round lasted for almost an hour or so during which time a couple of jeeps came and saw the Lioness and left.

The Lioness for some reason seemed to have her attention focused on us all through the downpour. And when the rains finally stopped, she gingerly kept playing hide and seek with us while drying herself. It took us a while to realize that it was not just one Lioness hidden in that bush. Our patience seemed to have paid off  since one by one four sub-adult lionswalked out from their hiding in that same bush.

First they checked us out (second last image) to make sure we weren’t a threat to them and then in the next 30 minutes, they put up a show in the clear golden evening light that was a feast for any wildlife enthusiast. We have tried to portray the action we saw in the last image in this series.

Finally, after playing for a while, the sub-adult lions relaxed, giving us the opportunity to get all of this in a single composition as seen in the image below. 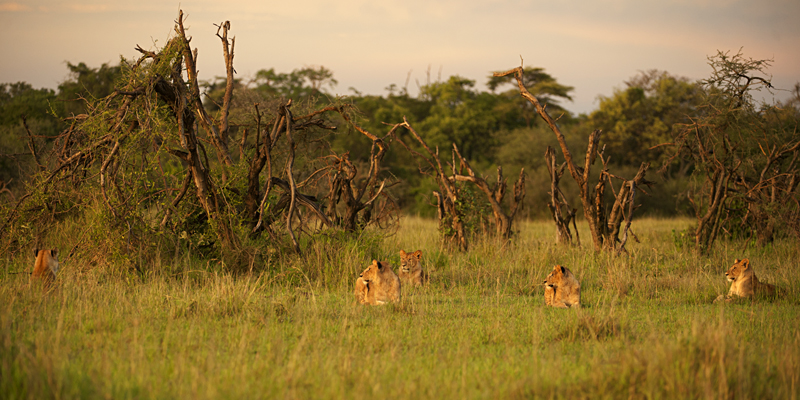 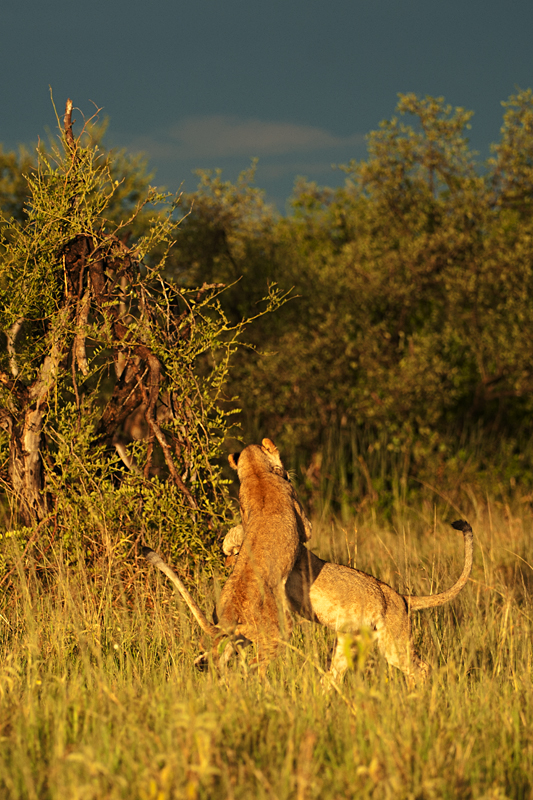 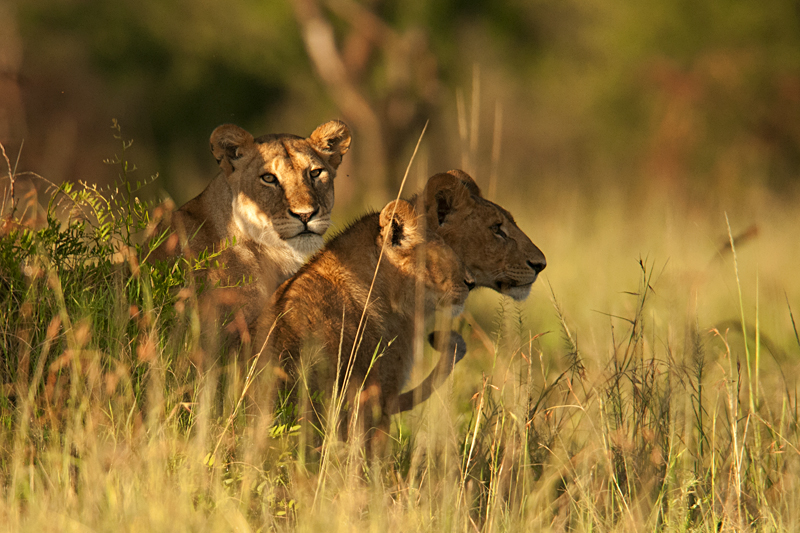 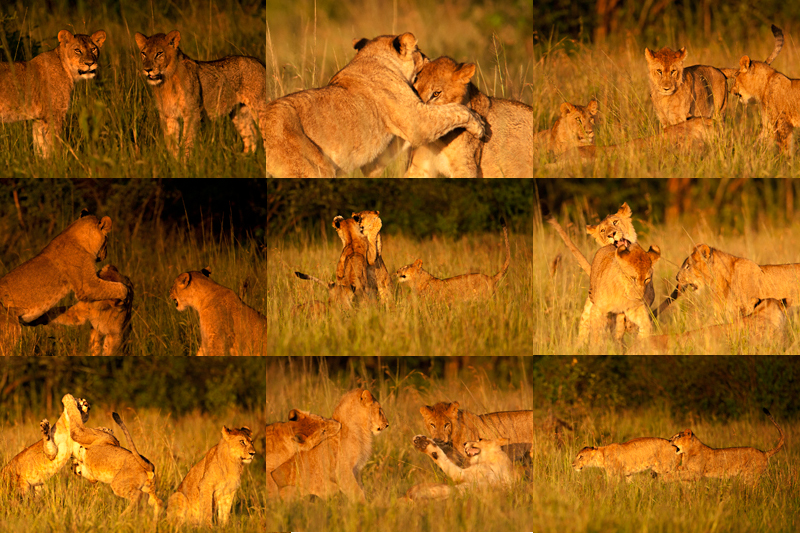