Day of Leopards in Bandipur

As we started this morning safari in Bandipur National Park, we were welcomed by clear blue skies, zero haze and super-saturated hues thanks to the previous evening’s thunderstorm. The peacock portrayed in the feature image of the post – Gorgeous feather train of the Indian Peacock was our first willing subject of the morning. After photographing the Peacock, we moved ahead only to be stopped in our tracks by another Jeep pointing at the Lantana besides the safari road and gesturing the word “L”. That meant they had seen a Leopard that had retreaded into the Lantana after seeing the approaching Jeep. Soon the Peacock that we photographed was giving alarm calls confirming the Leopard’s presence somewhere in the vicinity. It took a couple of minutes before the Leopard emerged from the Lantana and darted across the road  right behind our Jeep. I managed to get just one shot of the Leopard crossing the road and it was enough to make it the feature image (first image) of this post. After crossing the road, the Leopard went deeper into the habitat on the other side and paused at about 50-75 feet giving the opportunity for this image below. 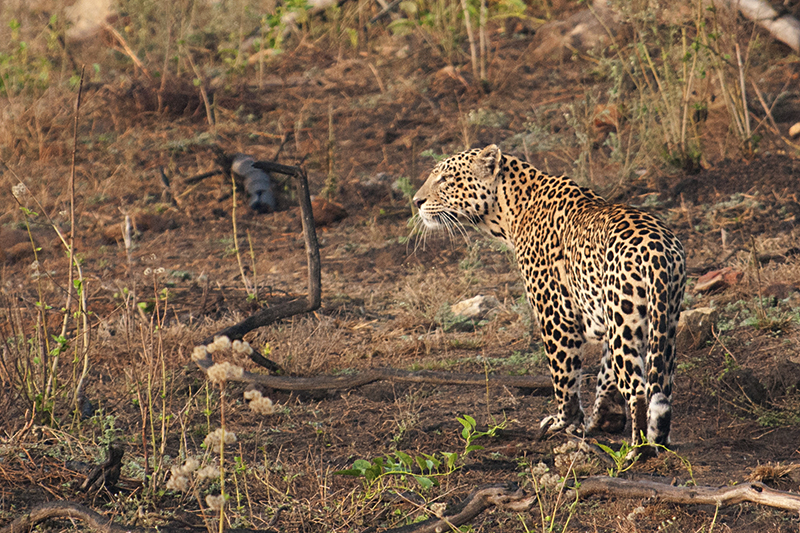 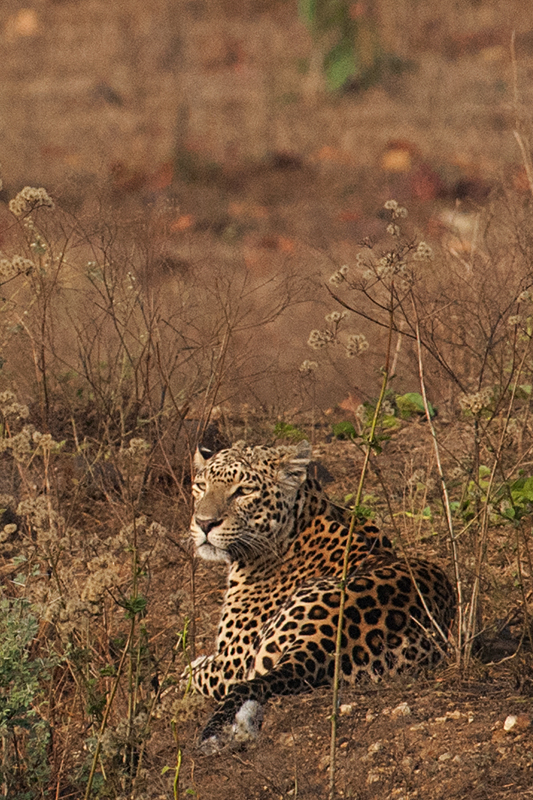 Then it went further away from us and settled down on the ridge’s edge of a waterhole, a vantage position to survey the forest around. The distance it chose to sit down was just outside the reach of my 300mm f2.8 with the 2x TC. The Leopard kept teasing us with some amazing poses that we captured below. 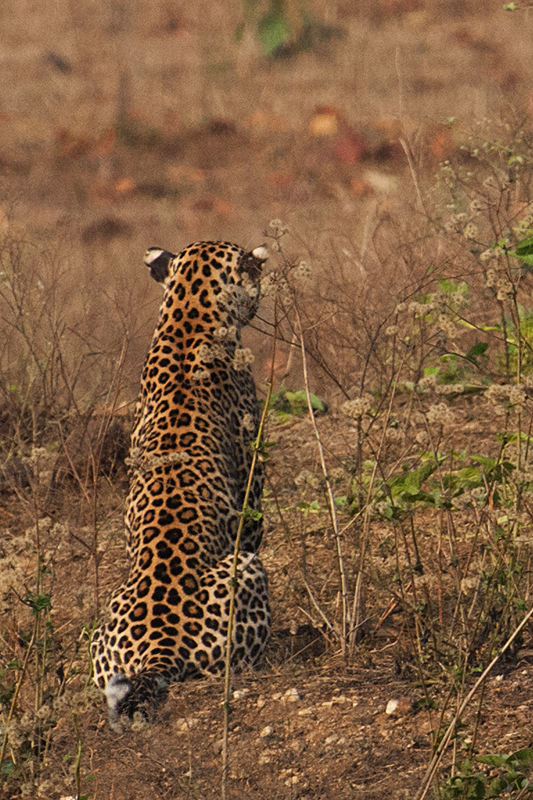 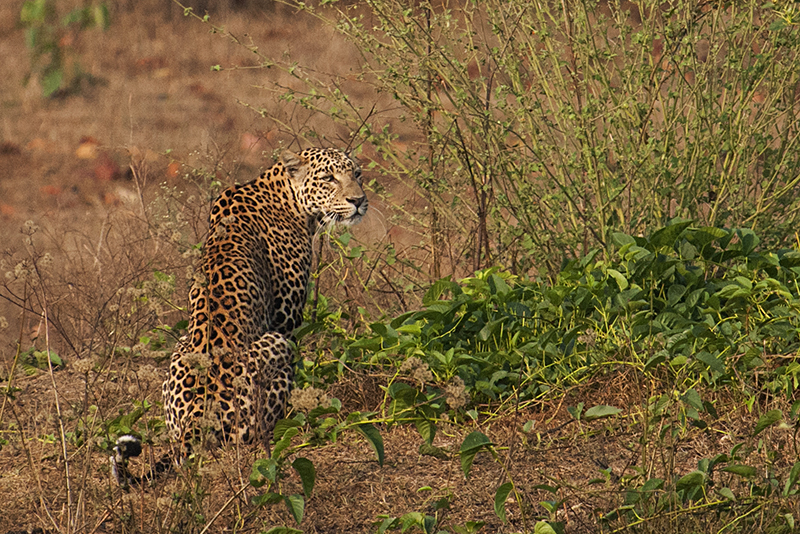 The Leopard gave us one final glance (above) before disappearing deeper into the shrubs. That evening three other Leopards’ were sighted and we got a glimpse of two of them. And we closed what turned out to be “the day of the Leopards” with this record image (below) of a Leopard that we saw just as we were exiting the tourist zone. 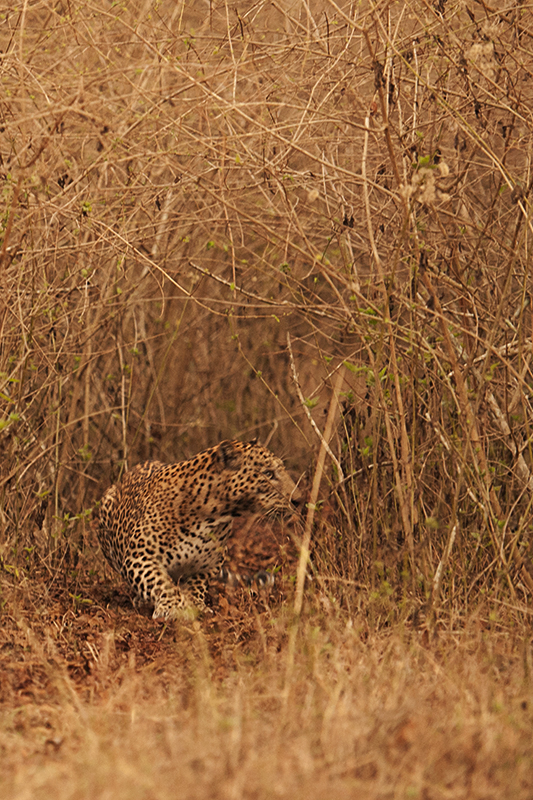