Drama at a Buffalo kill in Masai Mara 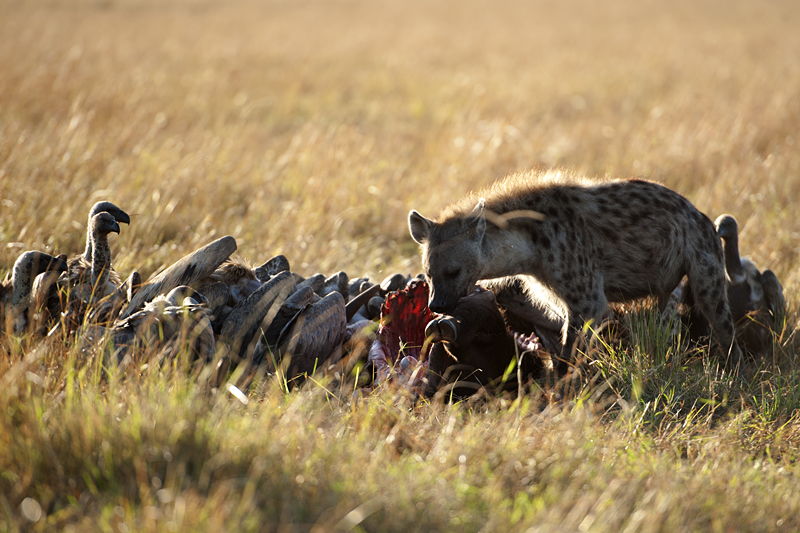 The circumspect Hyena that we talked about in the previous post led us to a fresh Buffalo kill (above) on the plains of Masai Mara. The Hyena seemed to have the half eaten Buffalo carcass all to itself. However, instead of gorging on the bounty, he seemed very uncomfortable and kept glancing (below) at something in the distance. 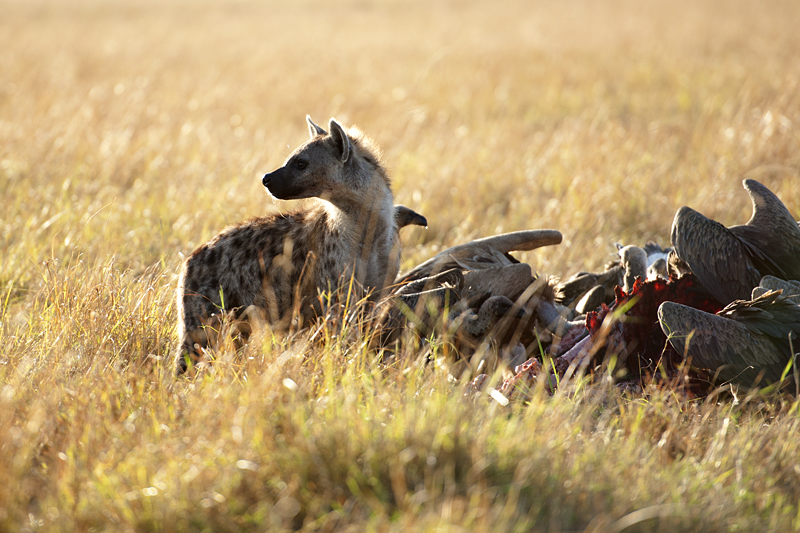 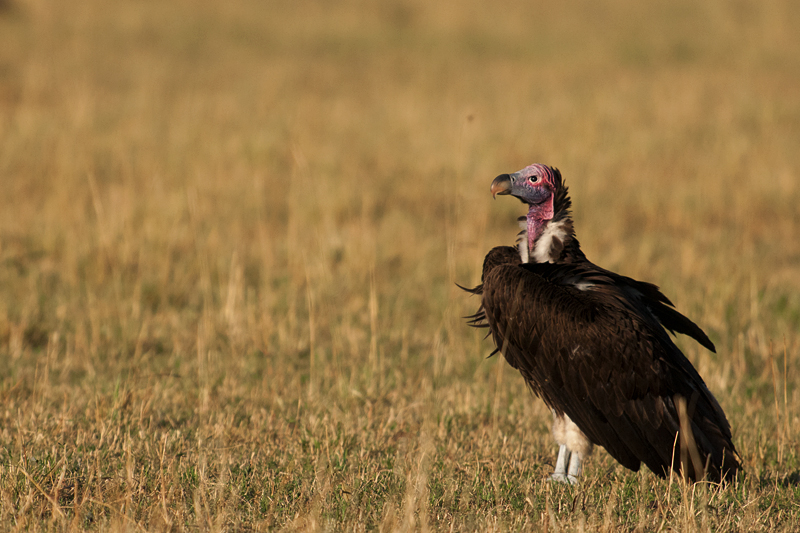 The Vultures at the Buffalo kill were more than pleased to have this distracted spotted Hyena, and they joined the lavish feast. A couple of Lappet-faced Vultures (above) kept watch from a safe distance. Soon a couple of Black-backed Jackals (below) appeared from nowhere. However, after investigating the kill, they too seemed uncomfortable and moved away and waited at a safe distance. The other tourist Jeeps moved on in search of other game, while we waited at the scene in anticipation of the suspense unfolding. 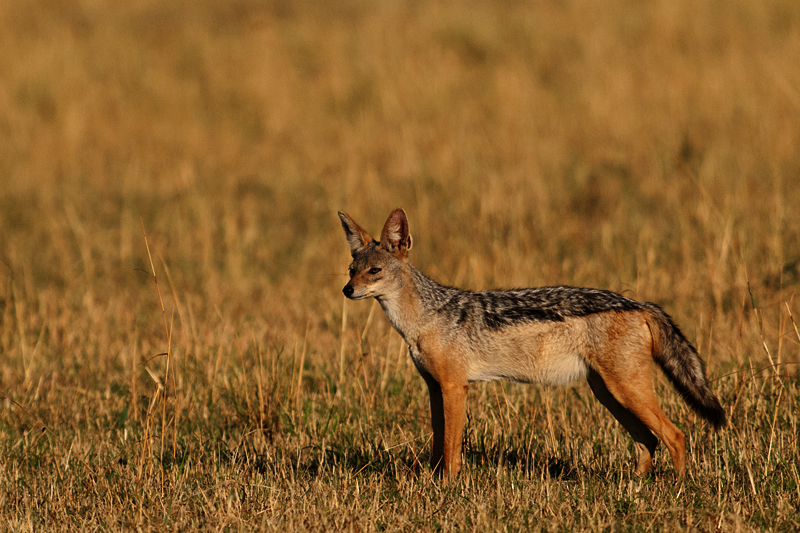 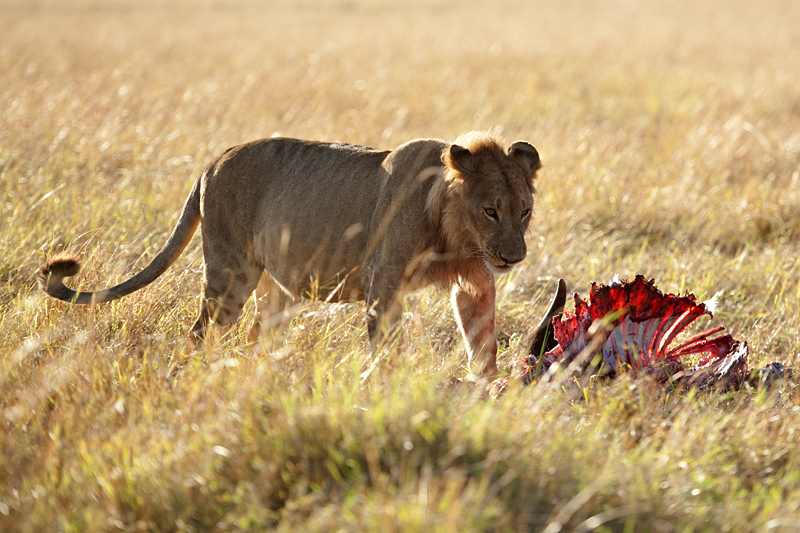 Who were they waiting for? We did not have to wait long before the suspense was revealed with the arrival of a Sub-adult African Lion (above). It was clear he was a member of the Lion pride that had made the kill and feasted on it. While the rest of the pride had disappeared, this Lion was hanging around since he might have been one of the last ones to arrive at the breakfast table. He tried to protect the carcass, but the presence of the Hyena, Jackals and the Vultures was a bit too much for him and he reluctantly moved on. As soon as the Lion walked away, a scramble started amongst the scavengers. The Rippell’s Griffon Vultures (below) and the Lappet-faced Vultures started greedily consuming the carcass. 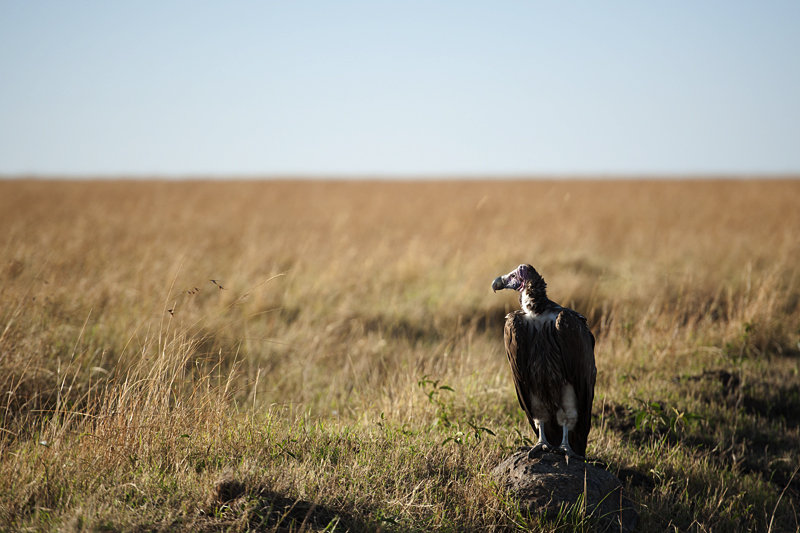 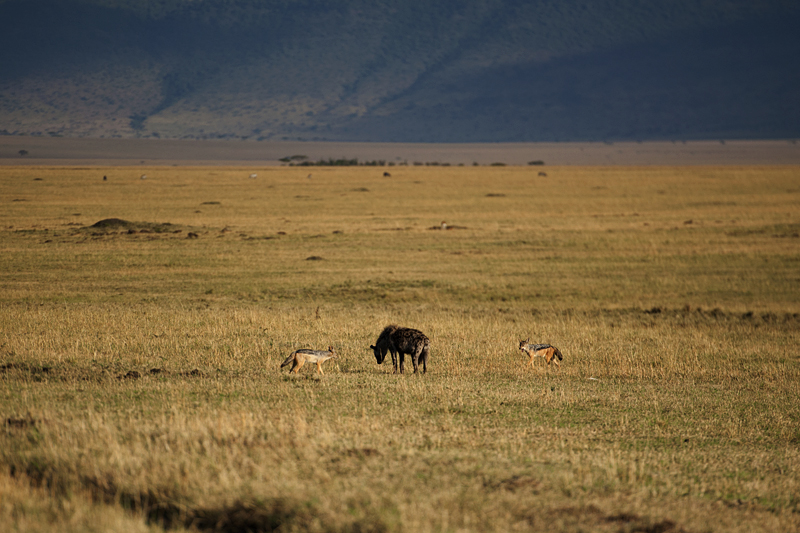 The spotted Hyena made it a point to chase the Black-backed Jackals (above) and then came back and joined the feast. At one point, we saw him wrestling with the carcass. He used his raw power and pulled out a whole leg of the Buffalo and quickly walked away with his prize into the African Savannah. The Hyena with its pound of flesh has been captured as the feature image (first image) of this post. The retreating Hyena gave us this parting shot (below) as he walked straight past the Jeep – what we consider to be a gift for our patience. 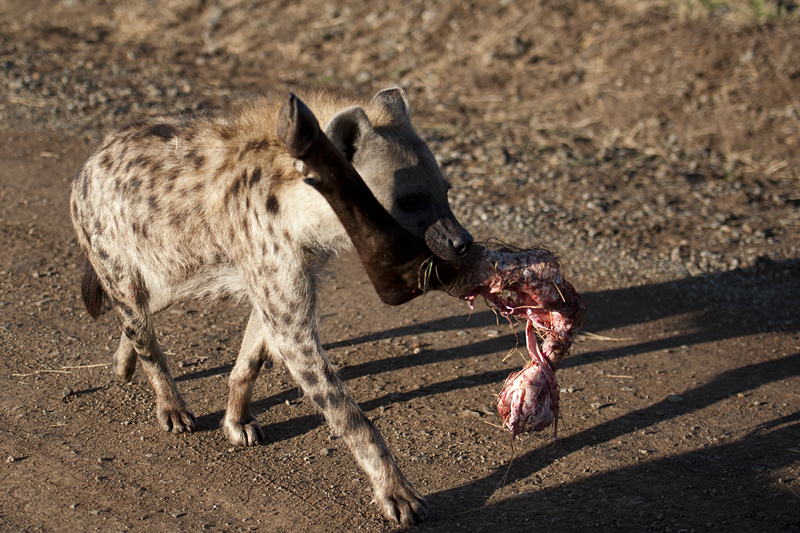