Dream sighting of a Leopard in Nagarhole National Park 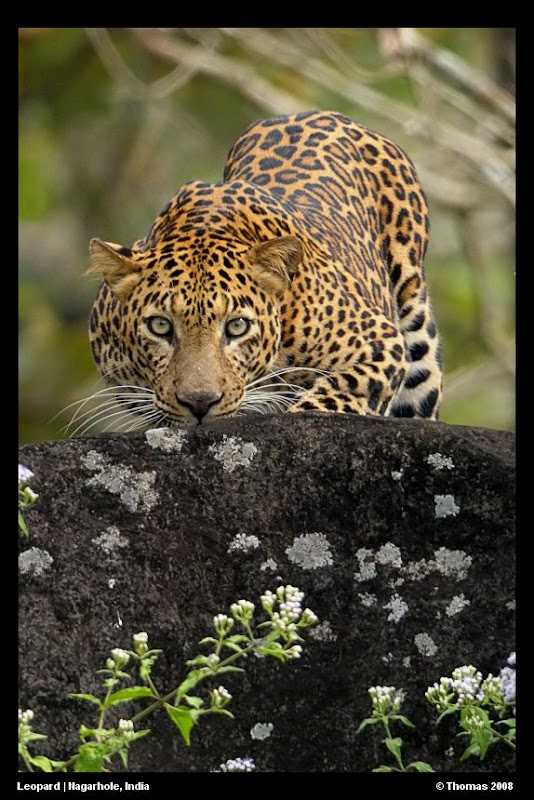 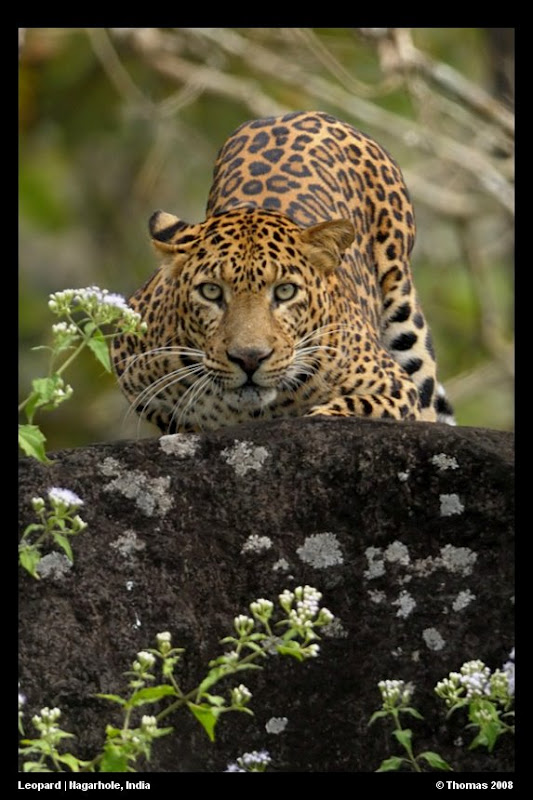 We are breaking the birding series to share a incredible experience that we had last weekend on our trip to the Nagarhole National Park in Karnataka, India. For some reason that was cited, the forest authorities have banned jeep safaris into the sanctuary. Hence, we had no option but to drive along the various roads running through the periphery of the forest range. Wildlife sightings have been quite frequent on these roads and we were hopeful too.

That particular morning we got into our jeep at 6 am and starting driving through the various roads in the sanctuary area. Till about 10:30 am we did not sight anything. We had crossed a landmark rock formation (nicknamed Leopard Rock by the locals), which is there by the side of the road. Just while our jeep was taking that turn, we saw an adult male Leopard cross the road. He heard the vehicle and crouched in the grass for about a minute, giving us the time to get this shot. Then he vanished into the nearby lantana shrubs. 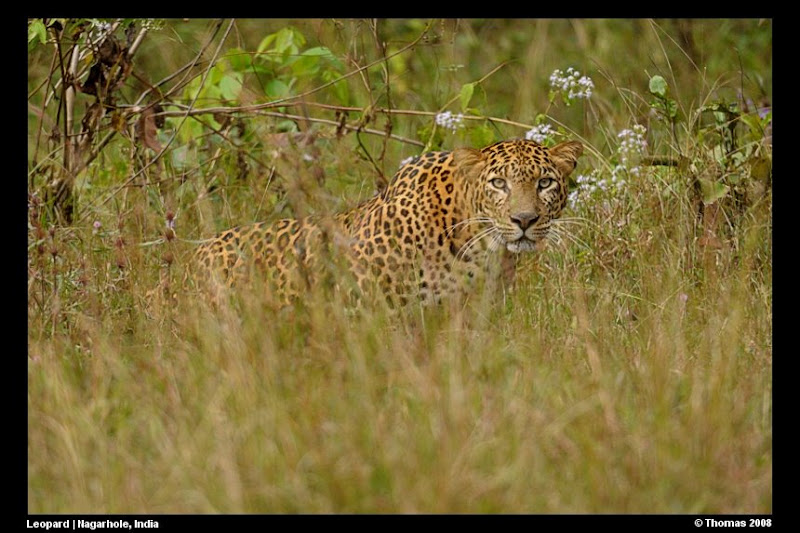 We were hoping that he would come back and climb onto the Leopard rock. We kept driving up and down the road for about 20 minutes around the area, but it looked like, that was it – the beautiful cat had disappeared.

A little dejected, we decided to go back to our homestay for breakfast. As we drove past the point where the Leopard had crossed the road, I turned back to have a look at the rocks (just in case). And I couldn’t believe my eyes! The Leopard was there in its full glory – in broad daylight on the Leopard rock. 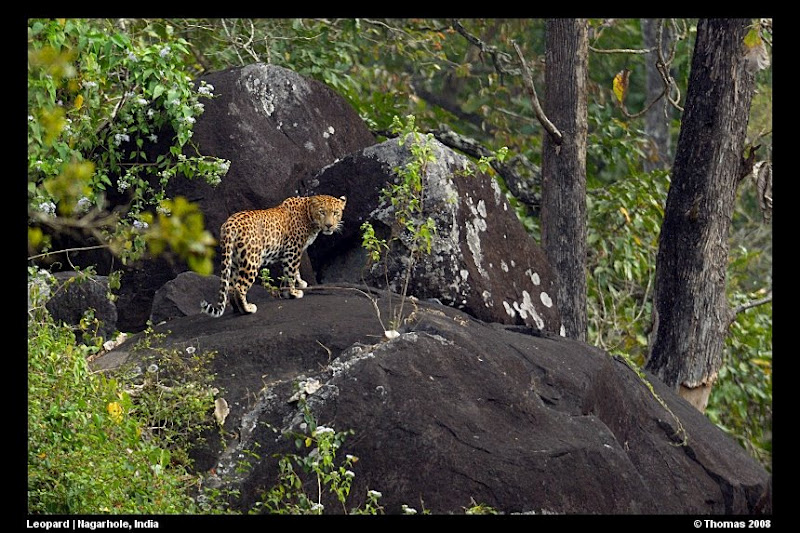 We immediately reversed the jeep and parked it at a safe distance from the rocks. We didn’t want to scare the Leopard away. And in the 5 mins that he posed for us, we were treated to a “catwalk”. Here are some of the images that are still etched in my memory, as I write this post. 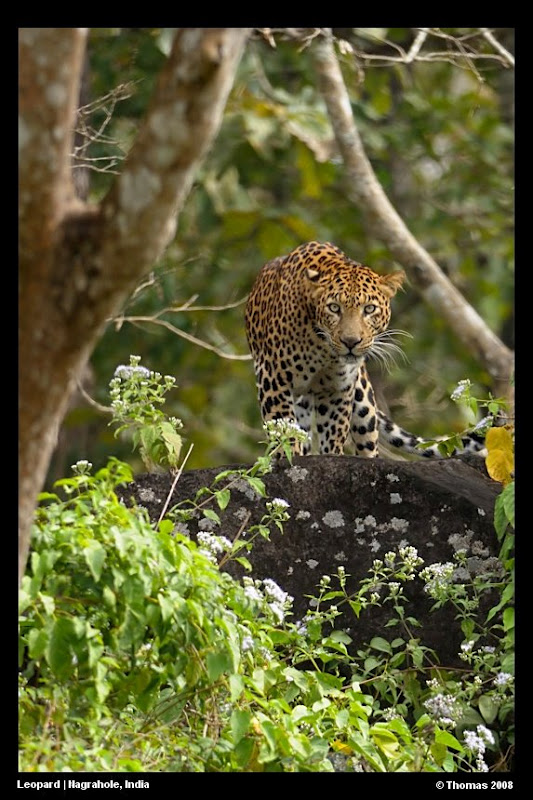 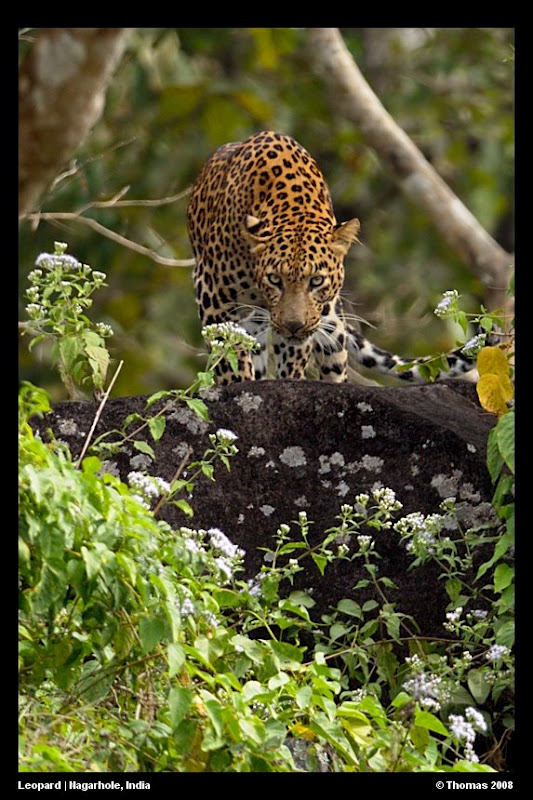 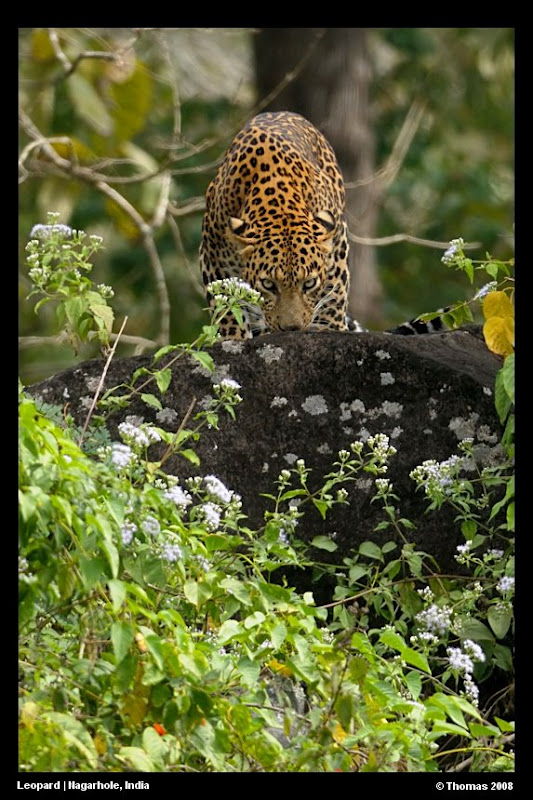 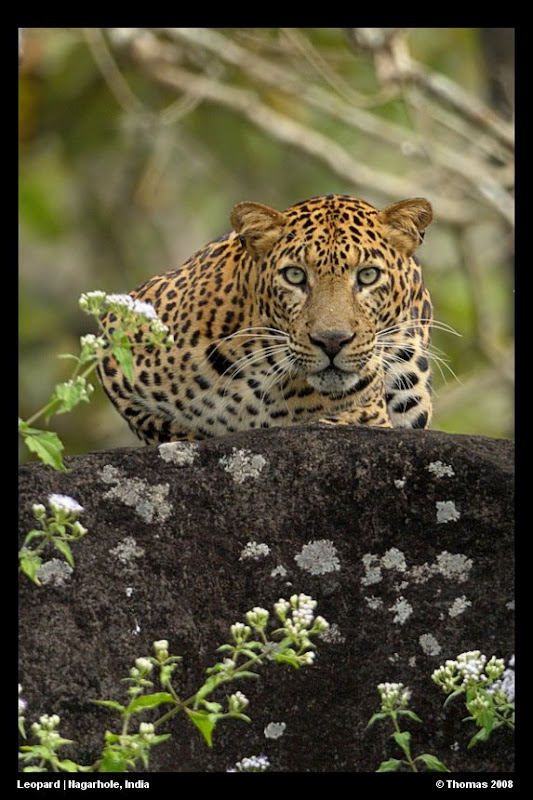