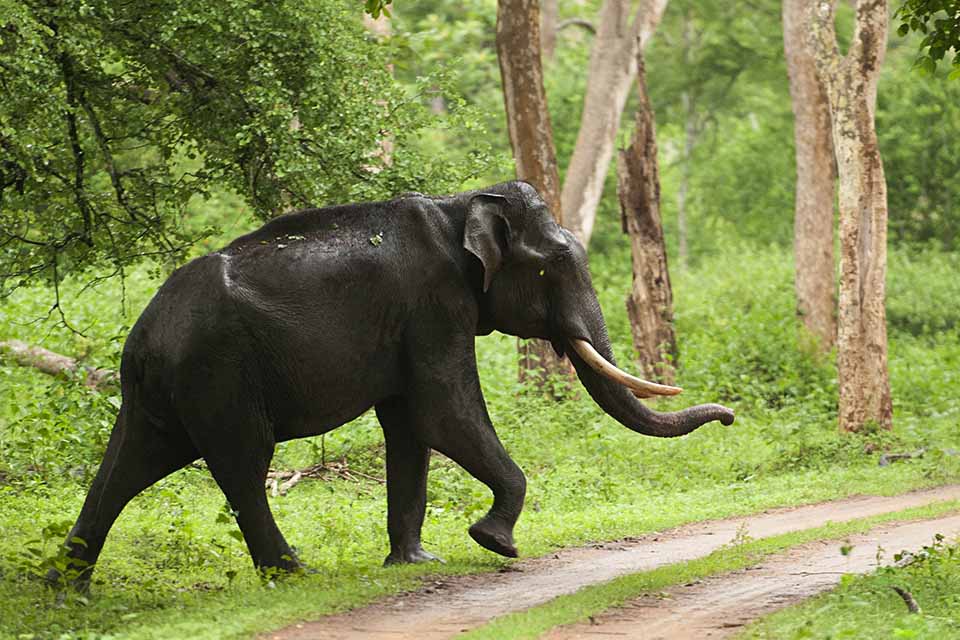 While on one of the game drives in Kabini,  we spotted an Elephant at a distance. The size of his tusks was a clear giveaway that this was a massive male Elephant. Though there are many Elephants in Kabini, adult male Elephants with such long tusks are not common. Hence we drove closer to observe him. 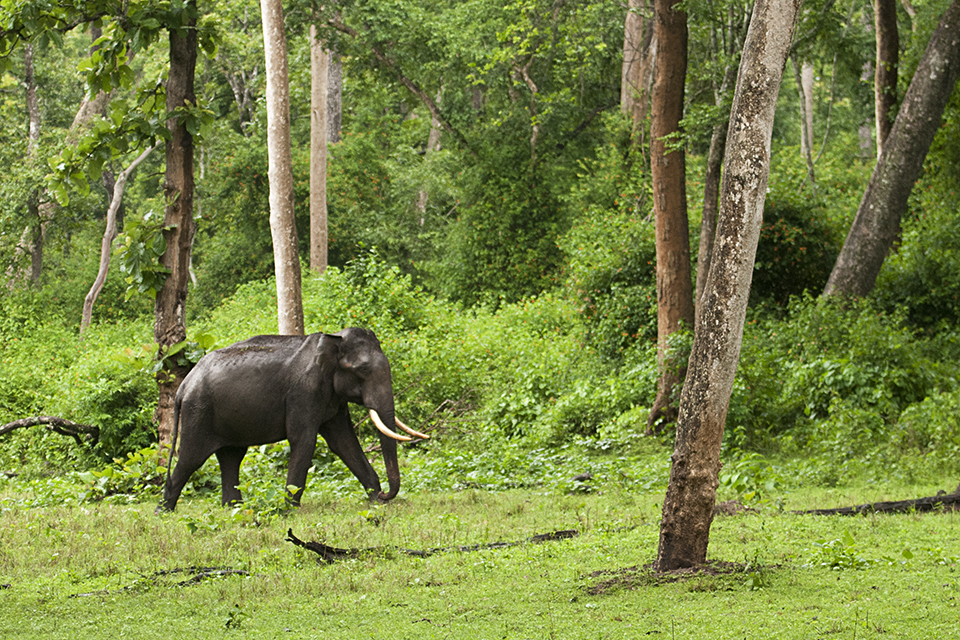 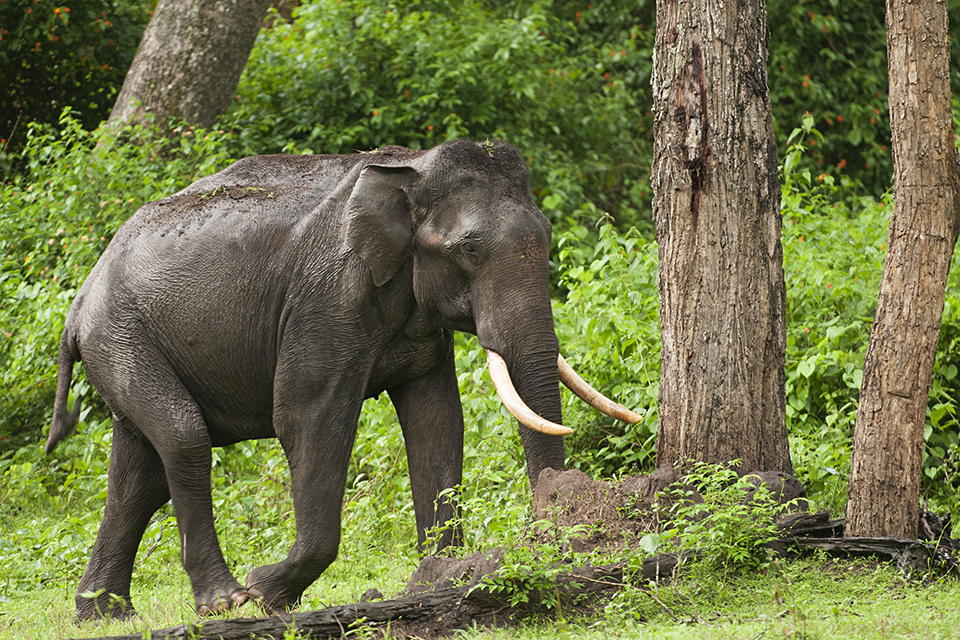 When we got close to him, we also realized that he was old. He did not want any trouble with us and hurried behind the Lantana to hide himself. Being used to Elephant behavior, we switched off our vehicle and waited patiently. 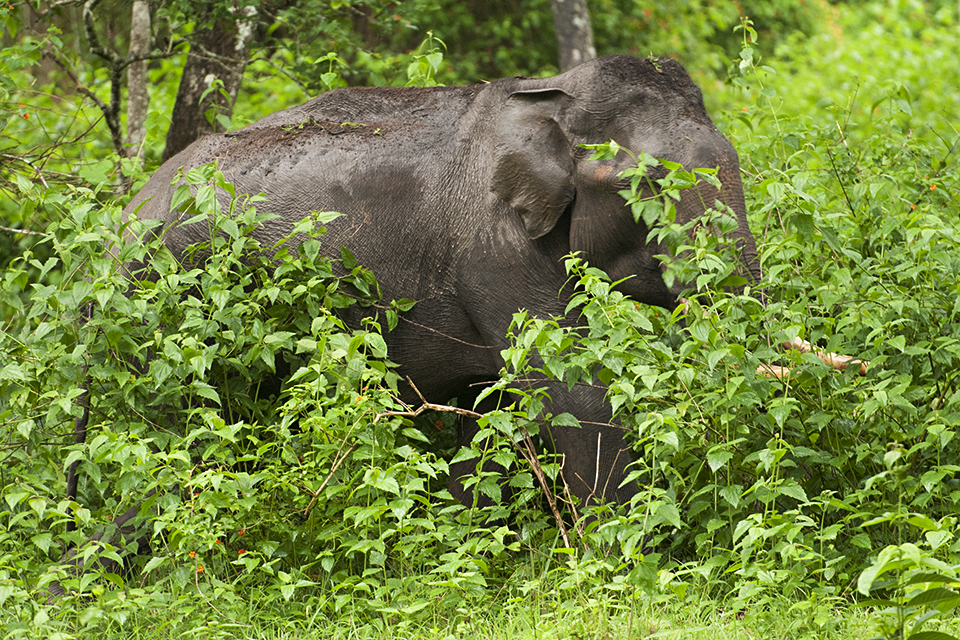 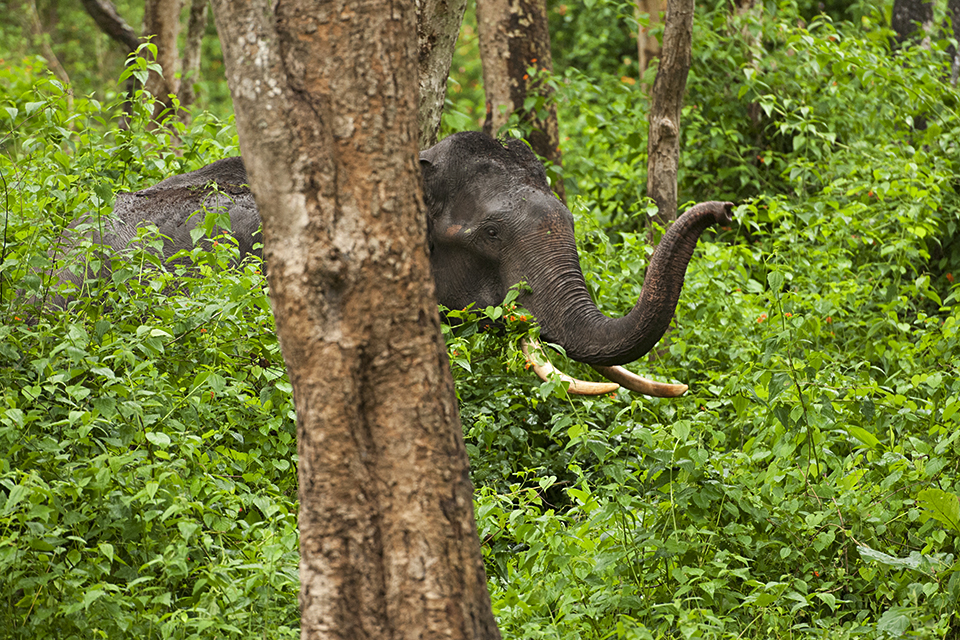 After a few minutes of hiding, the Elephant extended his trunk out to the Lantana to catch our scent to check whether we had left or not, given that their eyesight isn’t that great. As soon as it became clear to him that we were not going to leave, he broke cover, quickly crossed the road and disappeared into the Kabini Wilderness. 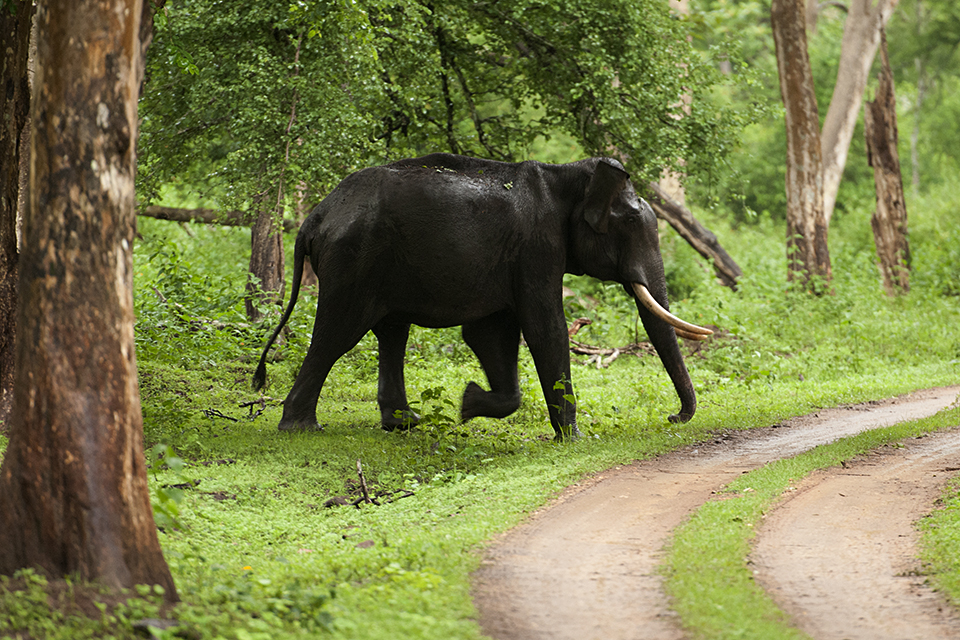 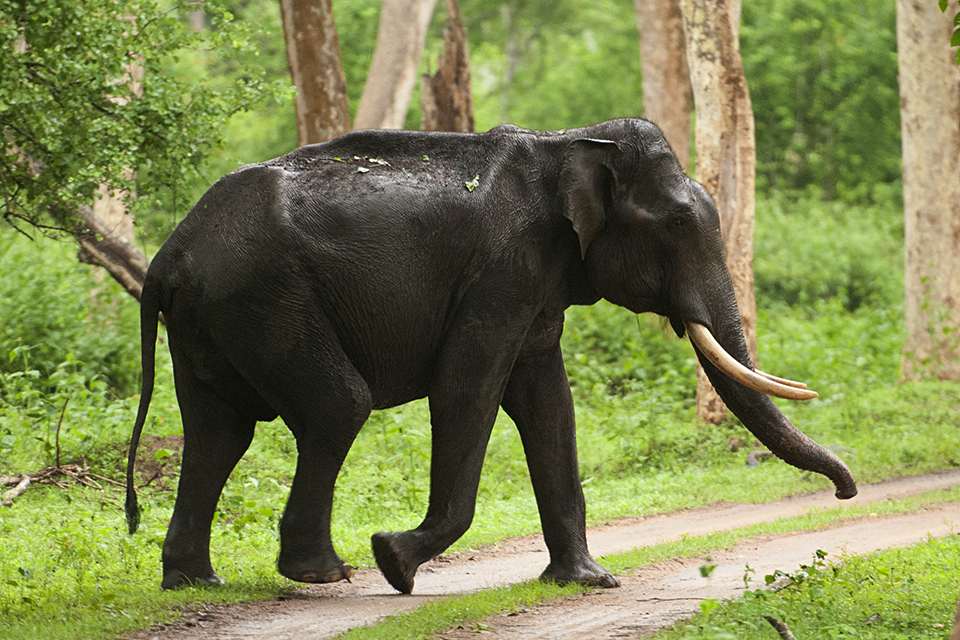