All vehicular entry into the 27 Sq Km Rhino Rehabilitation Area (RRA) in the Dudhwa National Park has now been banned. Elephant safari is the only mode to get into the RRA to spot the small population of Indian Rhinoceros that had been reintroduced into this region. It is fascinating to know that the 7-8 Indian Rhinoceros that were reintroduced in 1984 have now prospered over the years into a herd of around 30 individuals and we were keen to see some of them. The overcast skies with the foggy conditions made the conditions trying even for a safari, leave alone photography. However, we went ahead and climbed onto the back of a big female elephant and trudged into the Rhinoceros enclosure.

The safari time of an hour is too short to cover this huge area. However, it is also just about adequate to amble across the thick habitat and spot one or more of the Indian Rhinoceros that might be foraging close by. Less than five minutes into the safari, our mahout and guide  was quick to spot that the top of certain bushes had been eaten. He indicated to us that these were done so by Rhinoceros early today. That meant that a Rhino was somewhere close. But it was challenging for us to spot it in these trying conditions.

It took us over thirty minutes to finally spot one and we were delighted to see an Indian Rhinoceros out in the open amongst tall grass. Our guide was quick to point out that he was one of the males in the herd of seven that had been introduced in the mid 80s. Our Elephant slowly approached the Indian Rhinoceros. As soon as it saw us, he immediately stood up and took a couple of steps in our direction before strolling off. We were in pursuit right behind. Whenever he would stop, we would as well to get a couple of pictures. He continued walking till he reached the river banks and slowly disappeared from our sight. It was an awesome sight to see a huge animal like this melt into the fog and disappear right in front of your eyes. 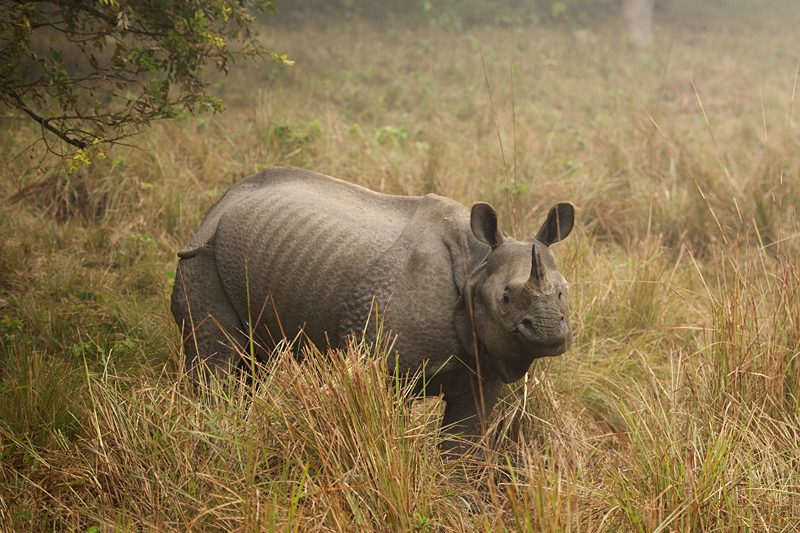 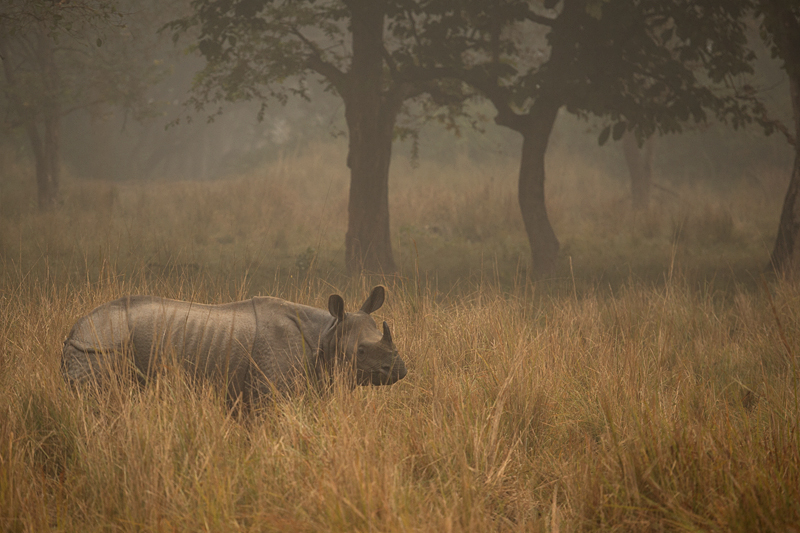 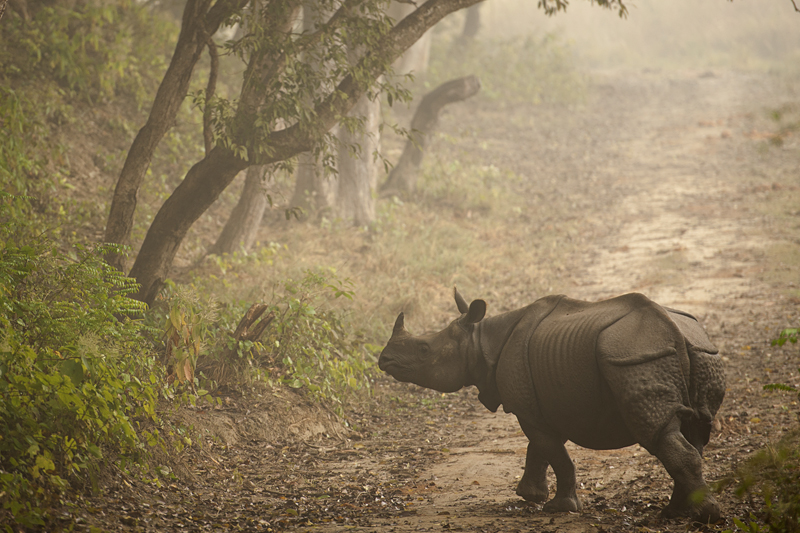 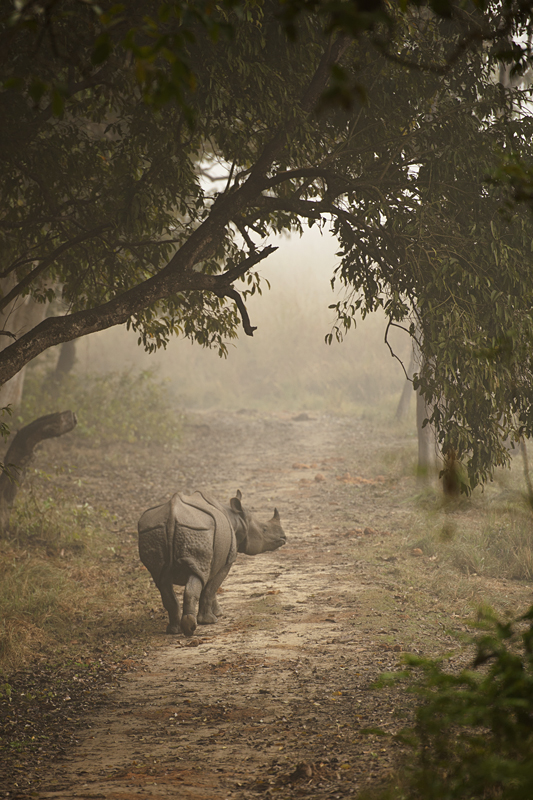 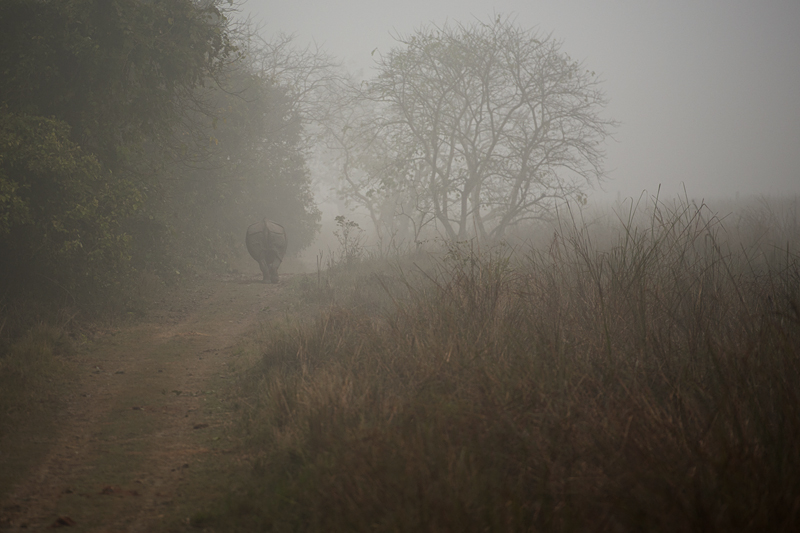