Elephants feeding on the bark of a tree

After yet another exciting safari on a wintry morning in BR Hills, we were about to exit the forest when we spotted three Asiatic elephants huddled together at a fork on the safari route. On being spotted, typical Elephant behavior is to move away from the safari tracks and disappear into the lantana. But these Elephants stood their ground nonchalantly. We decided that this was worth investigating and moved closer to them.

This was one of the first times that we got to observe and photograph Elephants feed on the bark of a tree right in the open and so close to our vehicle. It was interesting to see how these Elephants used their ambidextrous trunk to skillfully strip the bark off the tree and eat it. At times the adult Elephant would nudge the youngest one cajoling it to try and strip the bark. It seemed like a training session for the small one. The whole experience was unique and yet another pleasant surprise that the forests give us every now and then. 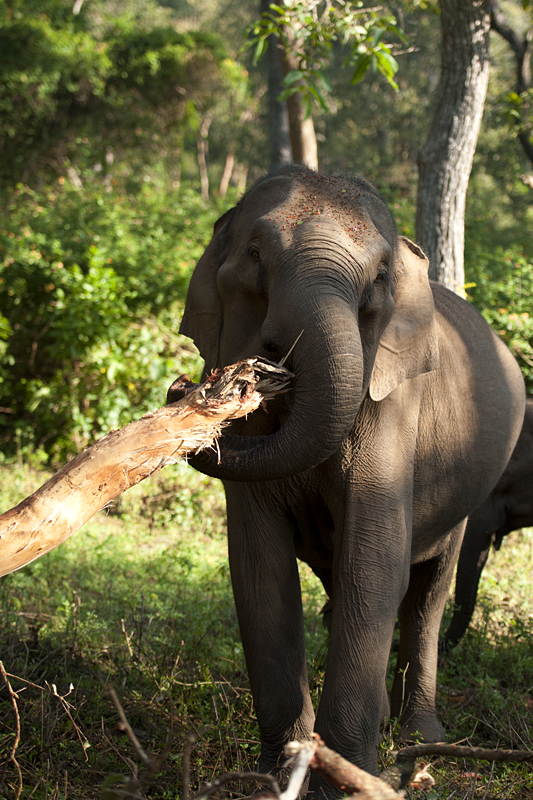 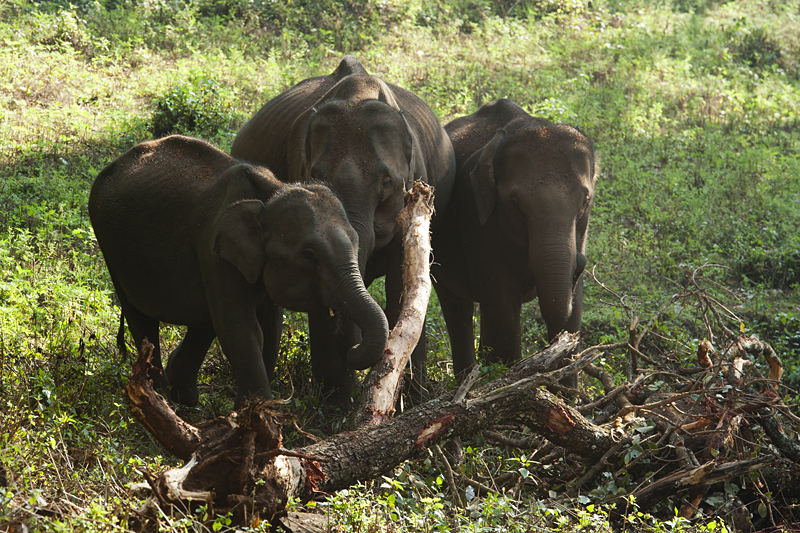 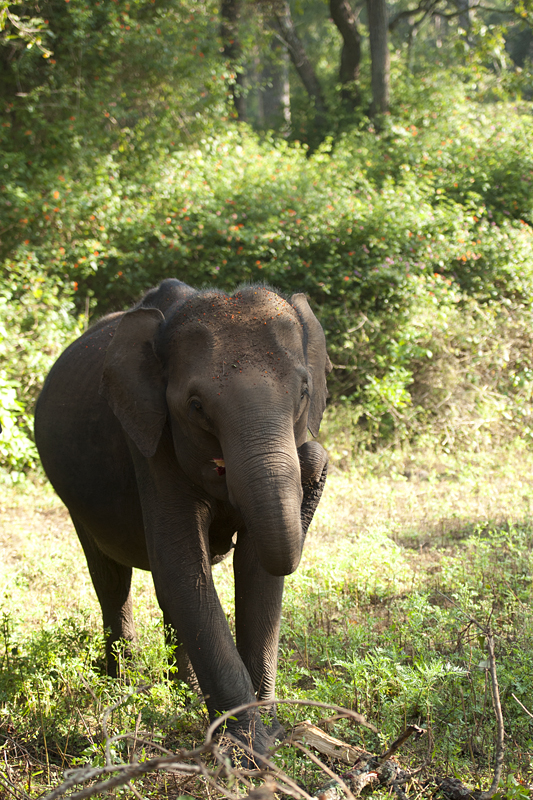 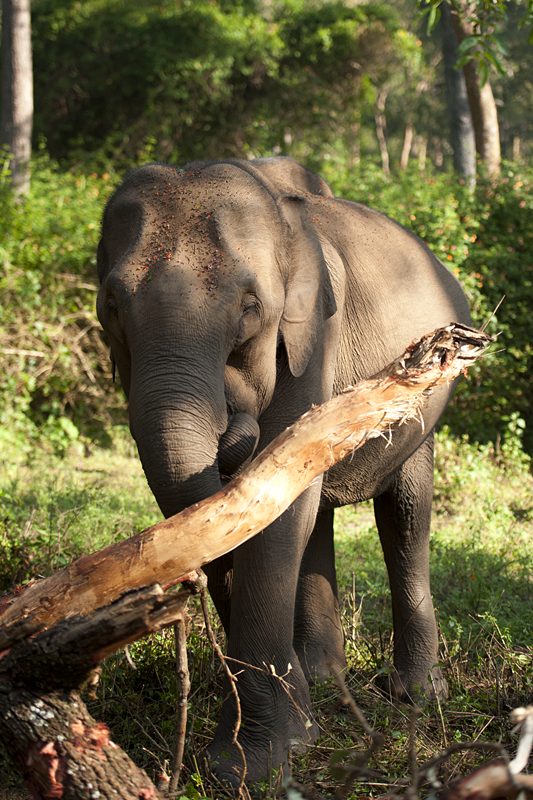 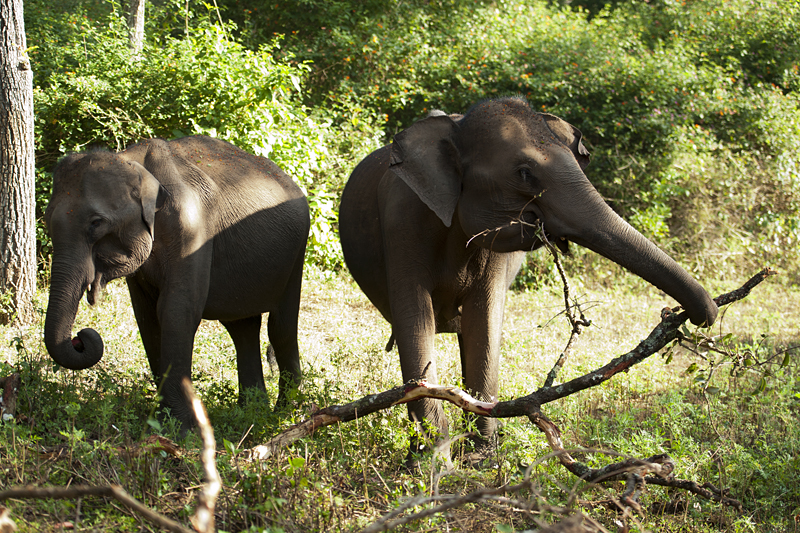