Encounter with a curious Indian Rhinoceros in Kaziranga

As we reached the banks of the Brahmaputra river that forms one of the boundaries of the Eastern range of Kaziranga, we were wondering whether we would draw a blank on Rhino sightings during our very first safari into Kaziranga National Park. Almost coincidentally, I spotted a huge male One-horned Rhinoceros grazing close to the safari tracks. I took a couple of record shots with the D700, 70mm-200mm f2.8 camera setup (below). As we stopped to observe this awesome animal, it stopped grazing and looked up to check us out. 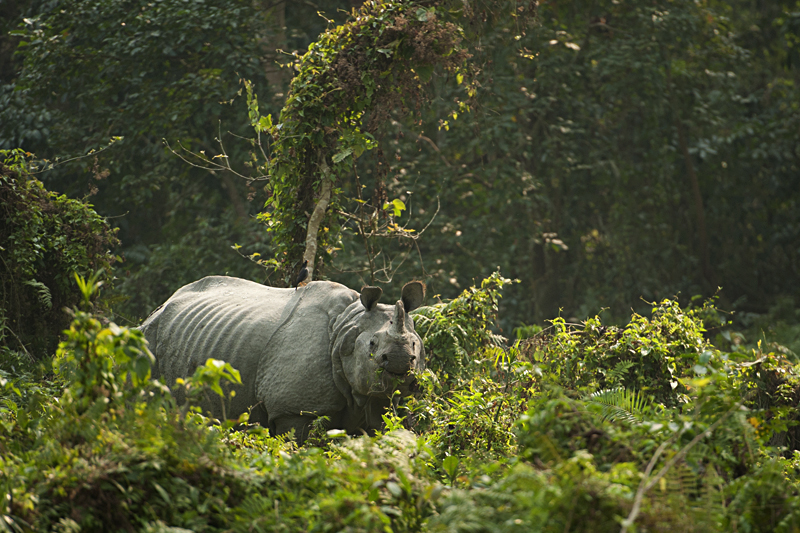 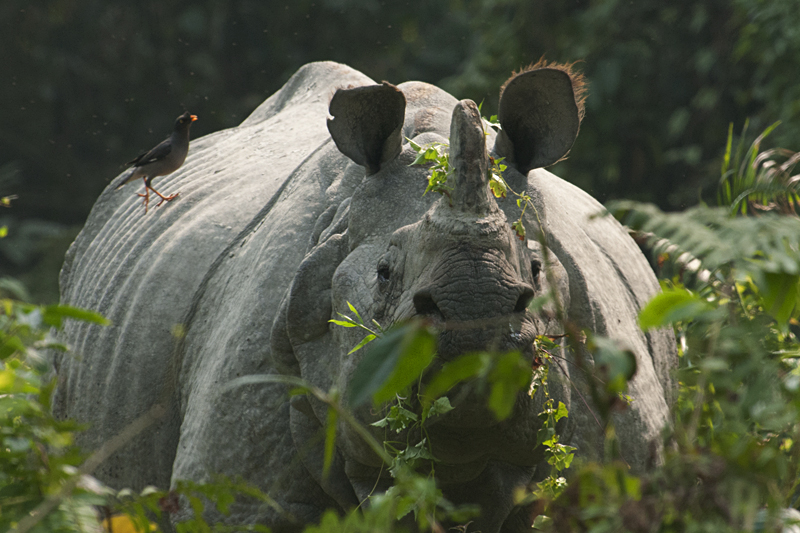 We immediately noticed that some sort of creeper had got entangled on its horn. I quickly switched to the D300, 300mm f2.8 with 2x TC to get a closeup portrait of the Rhino horn that was beautifully accessorized with the creeper (above and feature image). As the Rhinoceros went about grazing, the creeper stayed entangled, giving an opportunity for some beautiful portraits. After a few minutes the Rhino got curious (below) and starting coming closer and closer to investigate our jeep. 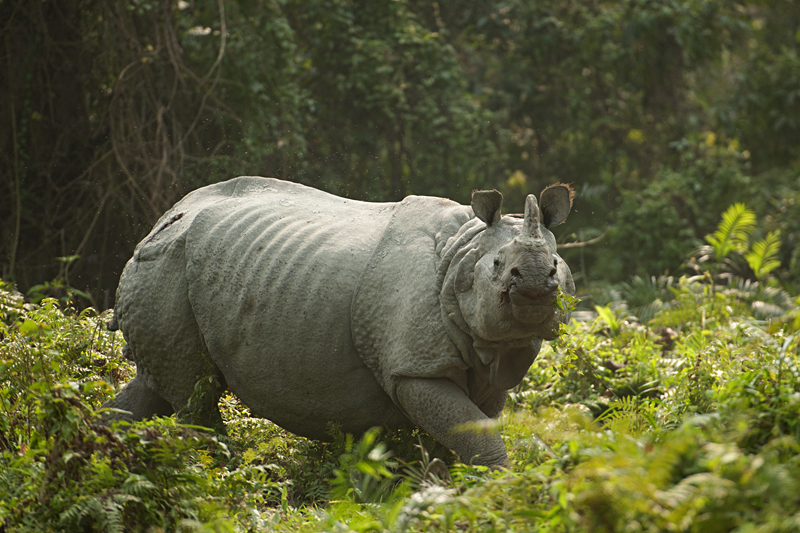 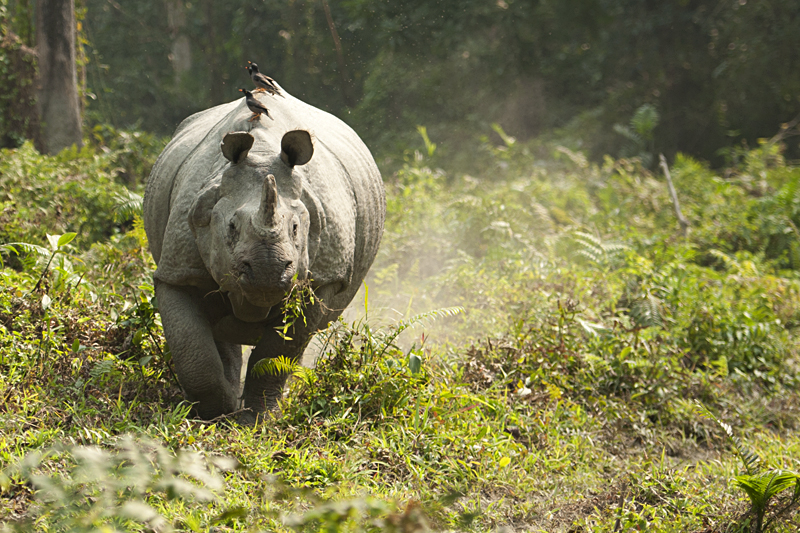 At one point, something spooked the Rhino and its curiosity turned into cautious aggression. It took a couple of strides towards us and then broke into a gallop (above). The Rhino made its intentions clear; it wasn’t going to tolerate our presence anymore and came charging at us. As we swiftly started our jeep and moved forward, the Rhino calmed down (below) and stopped its charge. 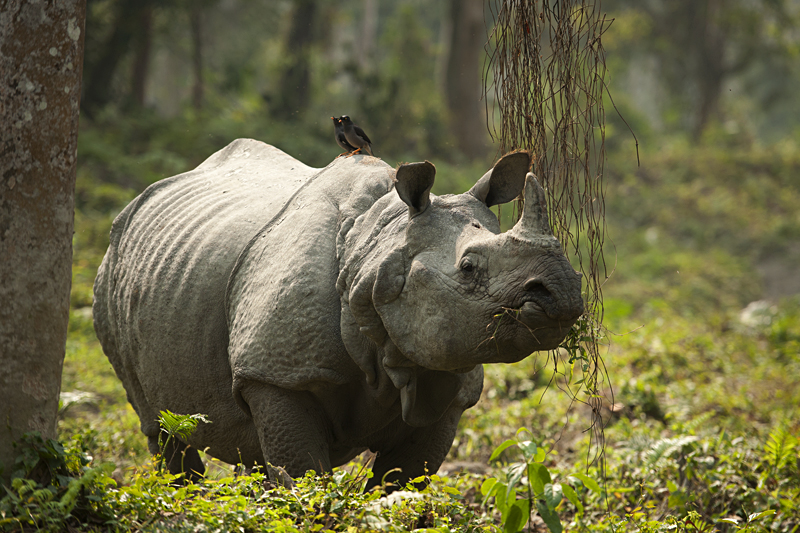 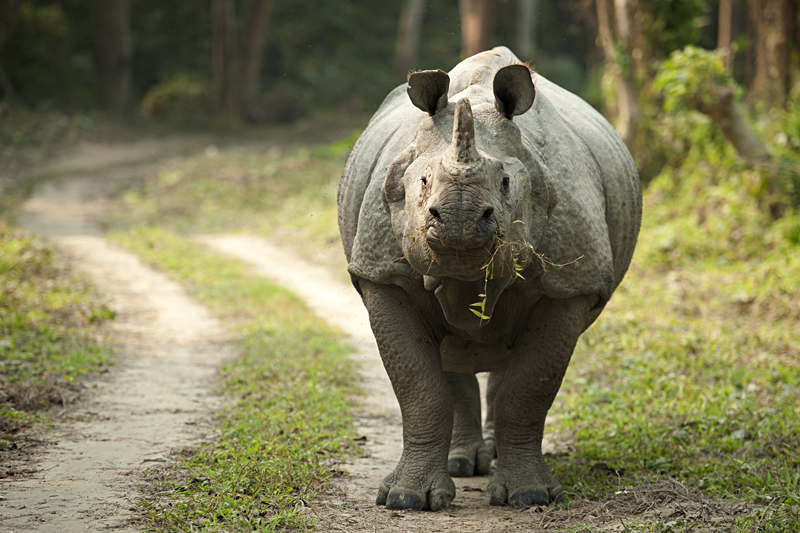 We immediately stopped the jeep hoping that the Rhino might come on the safari tracks. It took a few anxious moments, before the Rhino stepped onto the safari tracks and its posture (above) indicated that it was contemplating another charge. Luckily for us, another jeep came by and the Rhino got distracted (below) and finally lost interest. All the while we got frame filling composition of one of the most endangered species in the world. 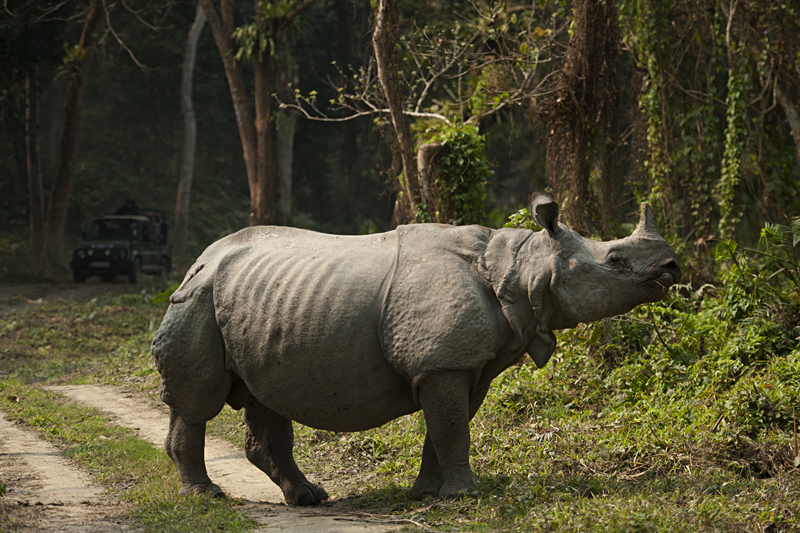