The panic stricken Wildebeest herd, described in the previous post, finally settled down. This time they approached the river intently behind a leader and stopped a little distance from the water’s edge. Their numbers started building up and a lead group (below) was forming. But unlike the last time, they did not wait till the entire herd crowded the river bank.

After a couple of minutes of anxious wait, the leader decided it was time to go. I had trained my camera on the leader and my patience paid off as I captured the leader running towards the water (above). It was an amazing sight to watch the leader step into the water with the Wildebeest lead group following suit in a single file (feature image). 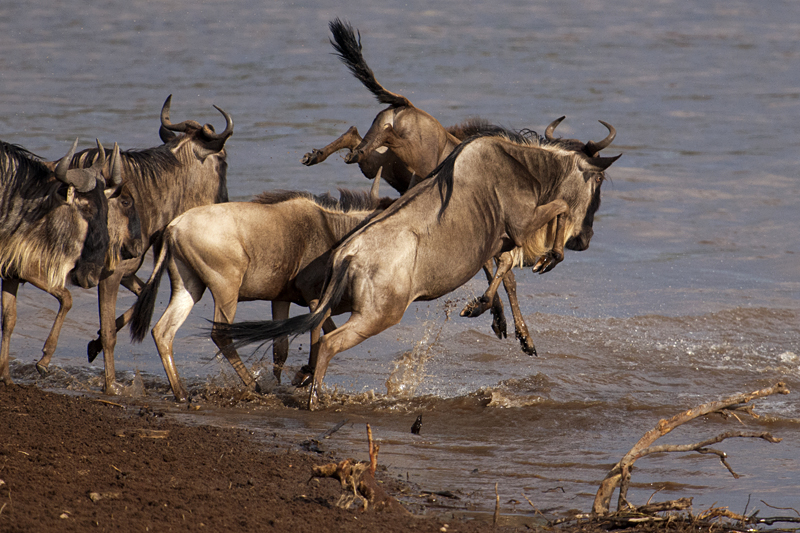 Once the lead group crossed over, there was nothing stopping the rest of the herd. The herd mentality set in and the rest of the Wildebeest simply jumped (above) into the water. Every Wildebeest, adult and juvenile, starting diving (below) into the water in a mad frenzy to cross to the other side. It was only when I switched attention to the other bank did I notice the traffic jam building up. 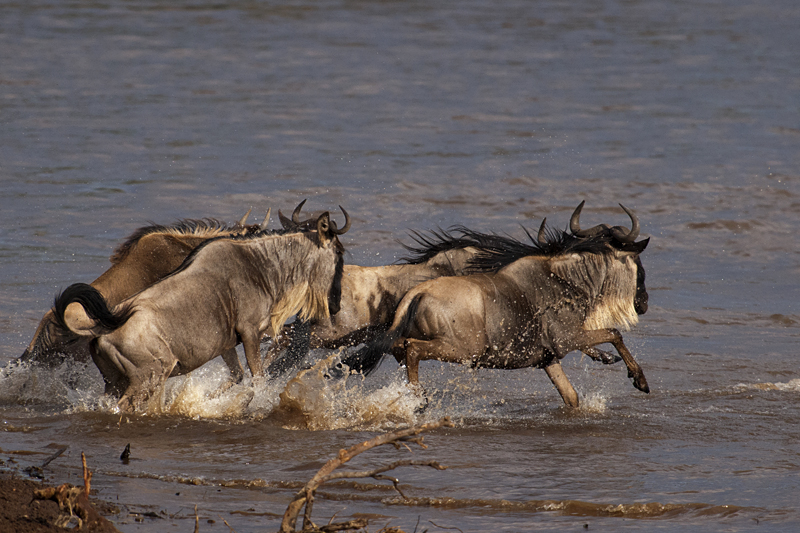 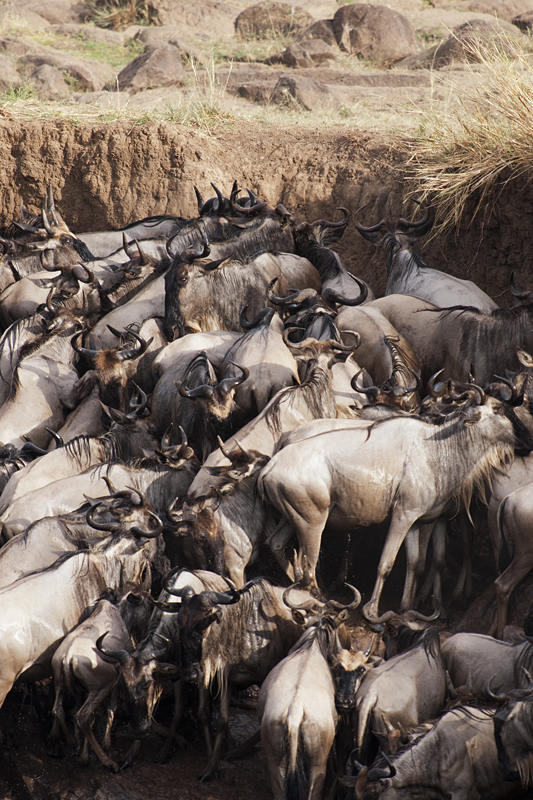 The bank on the other side was steep and the Wildebeest weren’t able to climb it. But there was no turning back. Slowly the bank got crowded and a mountain of Wildebeest (above) got stuck between the water and the steep bank. As the pressure built up, one Wildebeest got pushed up the steep bank and it found a foothold (below) and climbed the bank. The rest soon followed. 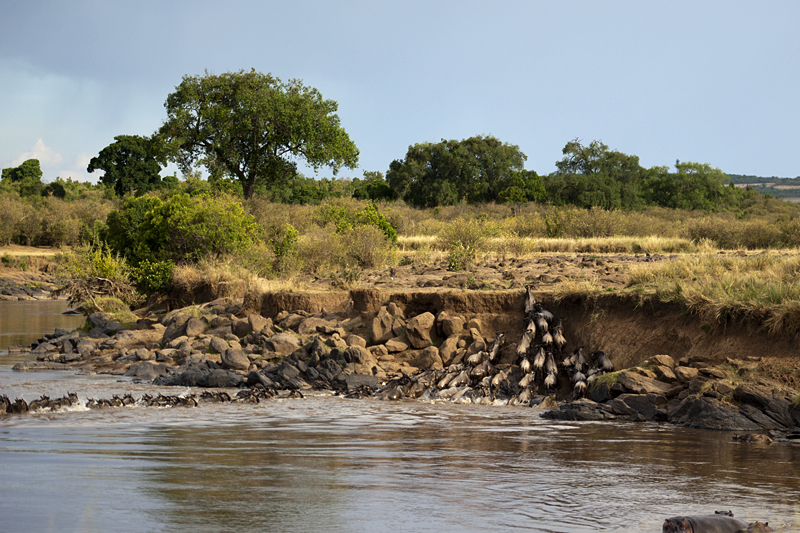 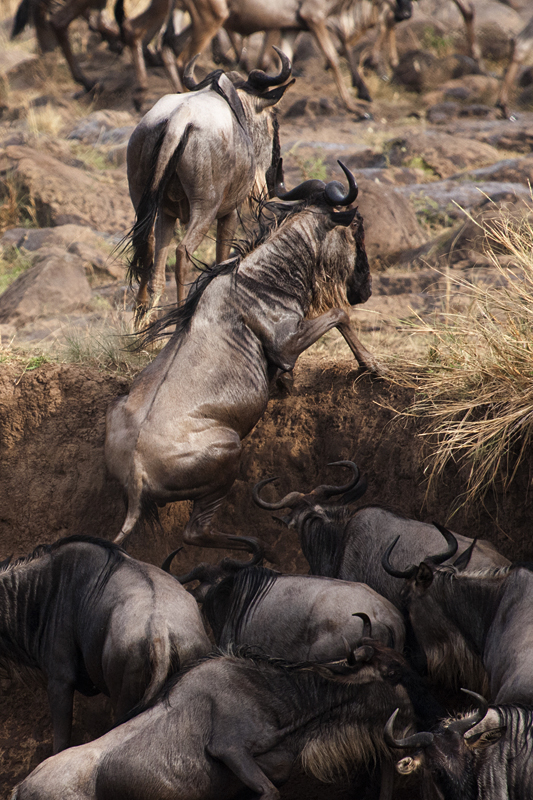 We witnessed the Wildebeest congregation; followed by a crocodile attacking and killing a Wildebeest; followed by the herd panicking; and finally returning to complete the river crossing. The entire experience was like a watching Nat Geo episode only that it was real life and in real time. This made it an epic Wildebeest crossing and the best crossing we had witnessed on the plains of the Masai Mara Reserve.