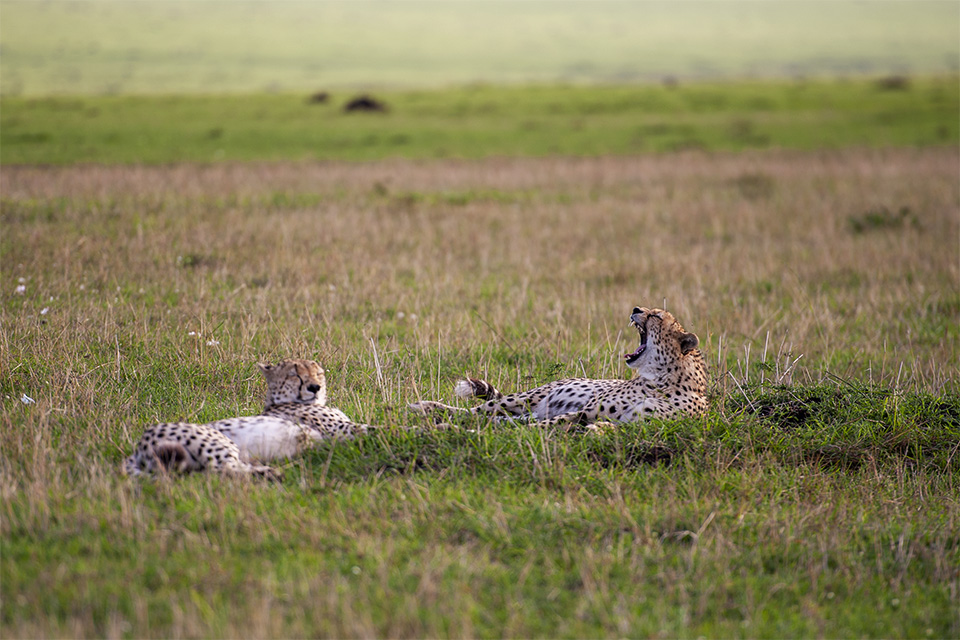 The famous Cheetah brothers who we have been following along the Maasai Mara-Serengeti border, were going about their patrolling business. We hoped that they would not cross over into Serengeti as we would not be able to follow them. Lucky for us, they decided to take a break from the patrolling duties.

Not only did they take a break, they seemed exhausted from the hard labor of patrolling and settled down in the open Savannah. Every now and then one of them would raise their head to do a quick check of the surroundings before heading back for a short snooze.

At one point both the Cheetah brothers rolled onto their back, just like domestic cats and dogs. Seeing the relaxed nature of the Cheetahs, we decided that it was time to head back to the lodge.