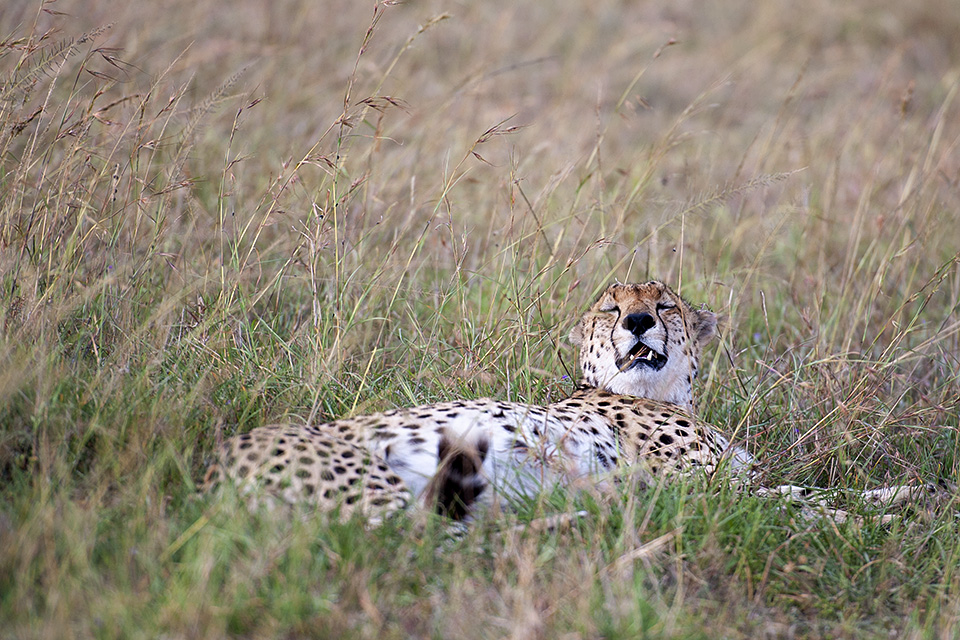 There is a pair of Cheetah brothers who have colonised the region of Maasai Mara National Reserve that borders with Serengeti National Park. They spend a few days in Maasai Mara and then disappear into Serengeti in search of game; at times for weeks. Given that they are used to tourist vehicles over the years, it’s a spectacle whenever they are spotted in the border region. On this first game drive of our trip to Maasai Mara, our reliable driver and guide Emanuel pointed out that we should go and see the brothers first, since they had been around for a few days and there was a chance that they might cross over into Serengeti anytime. When we reached the border region, we spotted the brothers resting under a tree.

The sound of approaching vehicles made them sit up to take notice. They then shifted their position to a place with more shade and went back to sleep.

While we waited for the brothers to wake up, a tower of Giraffes came by. While the Cheetahs posed no threat to them, one of them got up, looked at the passing tower and then went back to sleep.