Finally a Tiger sighting in Kaziranga

We have been fortunate to experience many amazing wildlife sightings in Kaziranga National Park, especially with Rhinos. Though we had many close calls, we were yet to spot a Tiger in Kaziranga and we hoped to change that on this trip. On one of the evening safaris in the Eastern range of Kaziranga National Park, we heard deer alarm calls. A Tiger had been spotted the previous evening in this area of the park and we stopped to see if we could get a glimpse of the elusive Tiger. We did not see the Tiger, but we heard the Tigress roar. Our guide was quick to point out that it was a Tigress announcing her presence to the Tigers in the area.

The next evening we came back to the Eastern range once again to try and spot the Tigress since there seemed to be a lot of movement in the area as it was the mating season of Tigers. We did not see the Tigress, but we were treated to an amazing sparring session of the Rhinos. As we were exiting the park, we herd deer alarm calls once again and given the direction they were looking, it was clear that we missed out on a Tiger this time. We left the park that evening, sure to return the next evening, given the Tiger movement.

It was the last safari of this Kaziranga trip. We reached the area where the Tiger was last seen, switched off the jeep engines and waited. In the hour that we waited, Rhinos came by, Water Buffaloes came by, but there was no sign of the Tiger. We moved over to another spot, about half a km away, and then came back to the previous waiting area. We did this a few times and finally after about two hours, we spotted the Tigress crossing the road. She paused for about a minute or so before she disappeared into the Kaziranga wilderness and we managed to click a few record portraits. 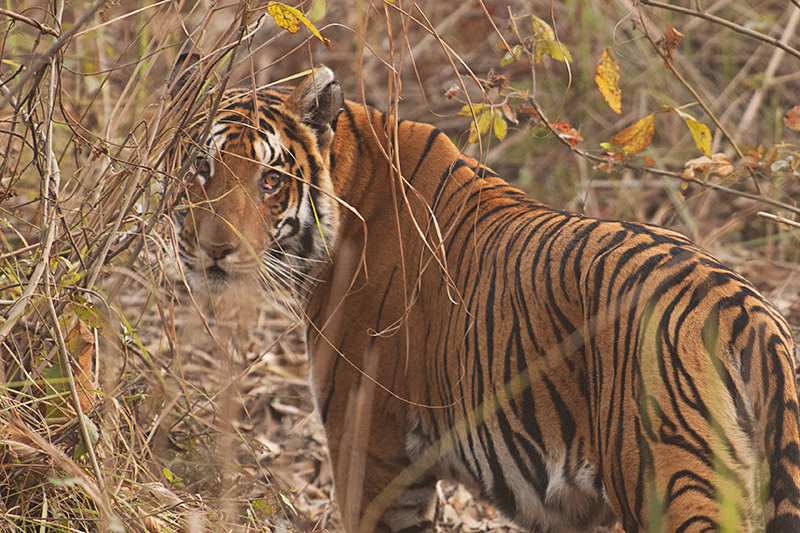 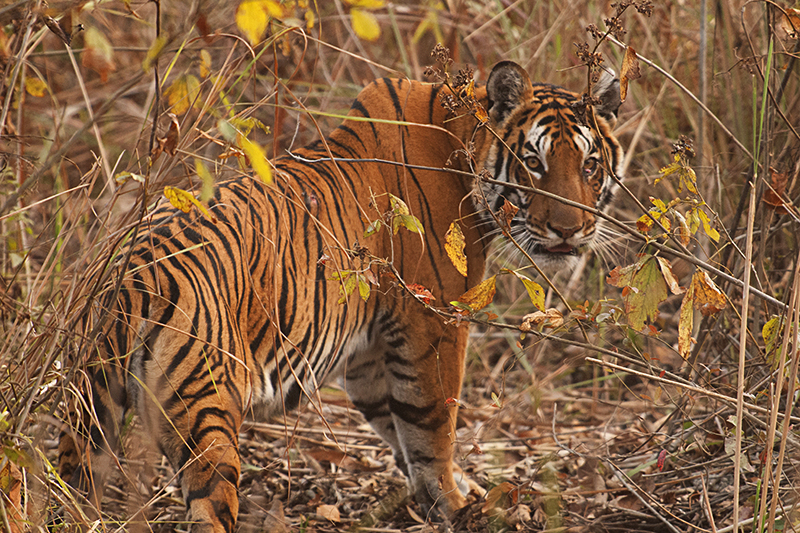 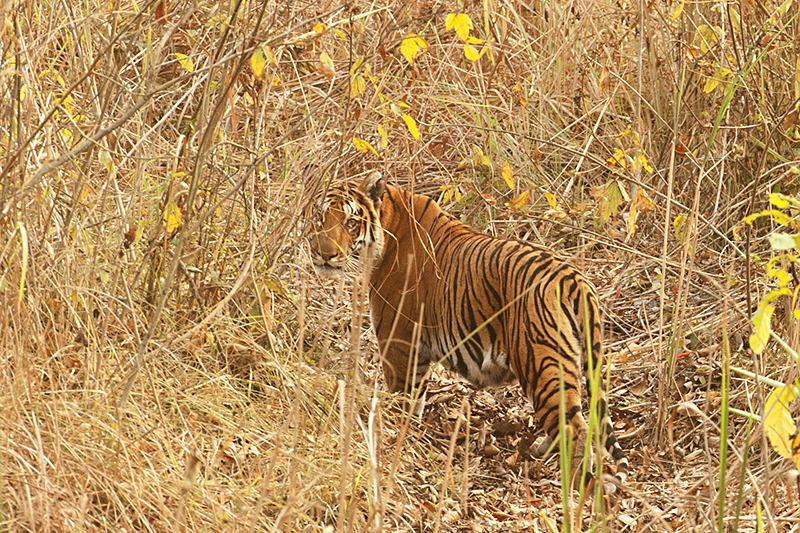 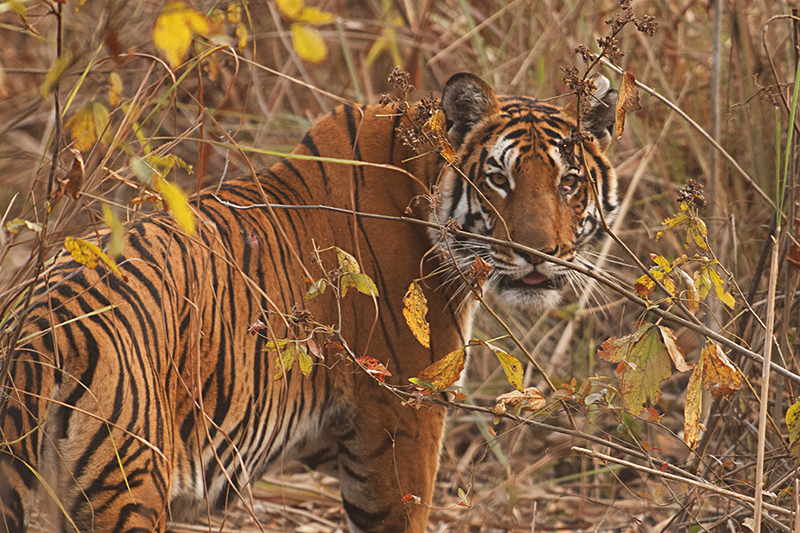