We left Nairobi in the morning and reached Lake Nakuru by mid day. As we waited for our driver to get the permits to enter the Lake Nakuru National Park to reach the Sarova Lion Hill Lodge, I saw a troop of Baboons foraging around the tourist waiting area. And amongst them, I spotted a mother Baboon preening her young one. I got off our vehicle and cautiously approached the Baboon to get a couple of pictures of the mother engrossed in preening the young one. 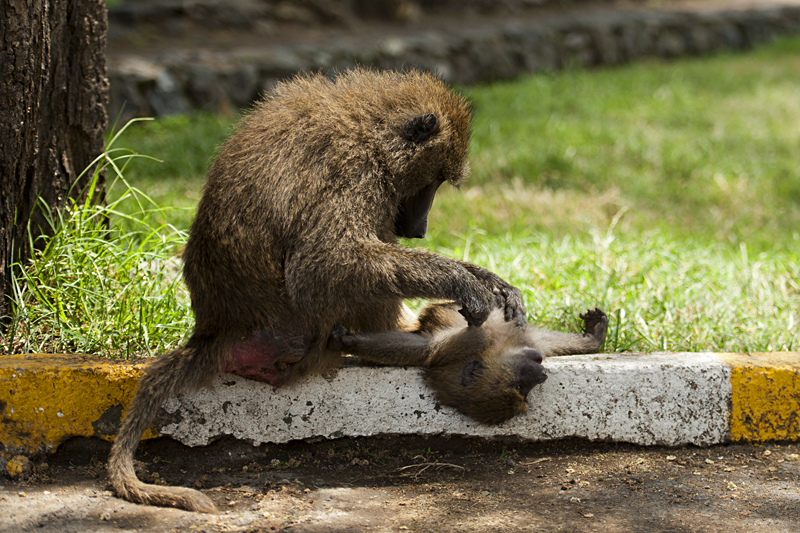 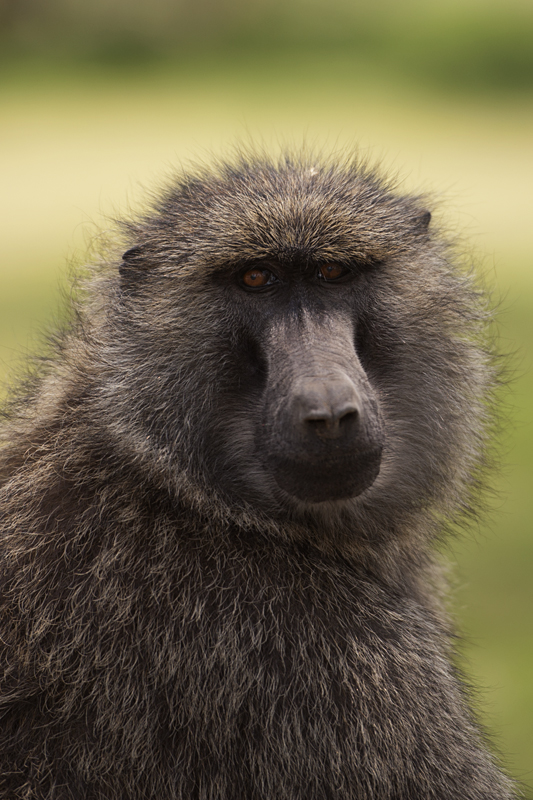 As I was photographing the mother Baboon and her young, the dominant male became curious of my intentions and purposefully ambled along and sat right in front of me. Seeing him approaching, the mother Baboon walked off in the opposite direction. I turned my attention to the Dominant male and slowly inched closer to him to get a close up portrait. He soon lost interest in me and moved on. After our check-in at the lodge and a leisurely lunch, that evening, we set off on our maiden safari in Lake Nakuru National Park. Driving through the park I couldn’t ignore the similarity that the landscape and habitat had to the Lake Manyara National Park, that we visited a couple of years back. The landscape opened up into grasslands bordering the Lake and we stopped to soak in the ambiance. 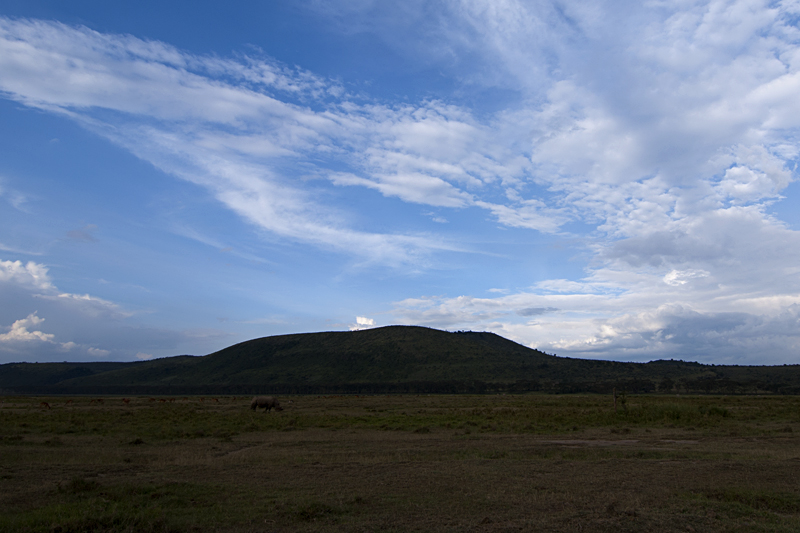 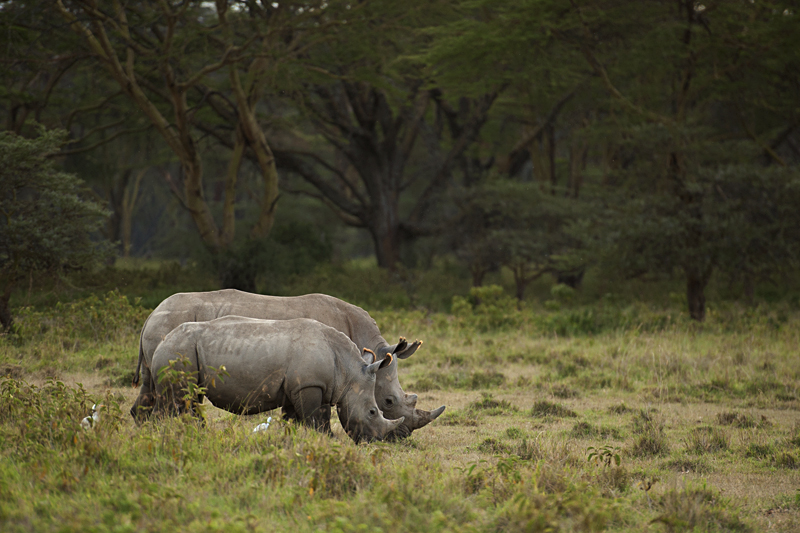 A herd of White Rhinoceros were grazing close by and all of them had their backs to us making a cool composition that we immediately captured as the featured image of this post. When we decided to move further, our driver tried to start the vehicle, but for some reason it refused to start. The next 30 minutes of waiting for the broken down vehicle to start was an interesting experience, which we will describe in the next post. After many unsuccessful attempts to start the vehicle, our driver flagged down a passing vehicle and put us on it to be taken back to our lodge. We quickly switched vehicles in the middle of the park and were on our way back when another herd of White Rhinoceros greeted us. 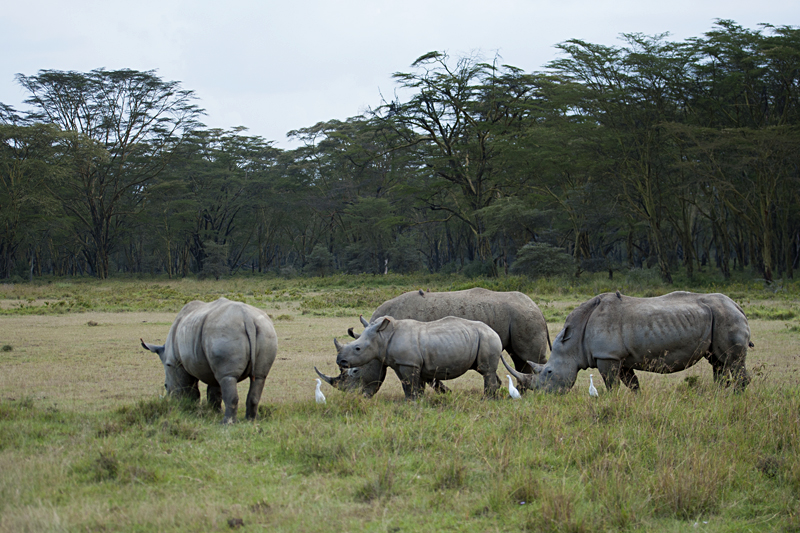 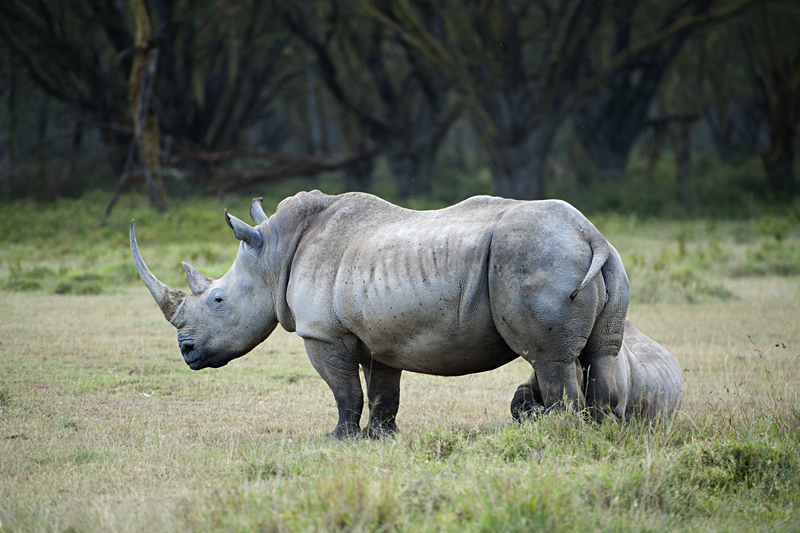 As the herd moved on, we noticed that a mother and calf were left behind. On closer inspection, we noticed that the calf was suckling and maybe that was the reason for the mother to pause for sometime. Soon the mother and calf rushed back and joined the disappearing herd. As we finished photographing these Rhinoceros, our driver seemed to have somehow started the vehicle and came back to pick us up and we returned back to the lodge as the sun set on Lake Nakuru.