Today we are starting a new series focusing on wildlife action, wherein from time to time, we would be posting enthralling wildlife action moments that we have been lucky to sight and capture. Action series are the most challenging to photograph given the unpredictability factor, the low light conditions, and incredible speed at which they happen. Add to this, the many constraints imposed on tourist movements inside the Indian forests and the photography unfriendly jeeps; photographing wildlife action moments is almost a matter of luck for us as tourists.

It was about 4:50 pm on one of our recent jeep safaris into the Nagarhole national park, when we got a wireless message that a Leopard has been spotted by another jeep. We rushed to the location and when we reached there we saw this handsome male Leopard beautifully camouflaged on the forest floor about 50 feet from the jeep tracks. In a matter of minutes there were about 8-10 jeeps (50 tourists) jostling for position to get a view of this predator. Normally any wild animal would have been spooked by all this commotion. However, surprisingly, this Leopard was not bothered by our presence.  All images were taken at 600mm focal length, f5.6 with the D300, Nikon 300mm f2.8 lens mounted with the 2x teleconvertor. 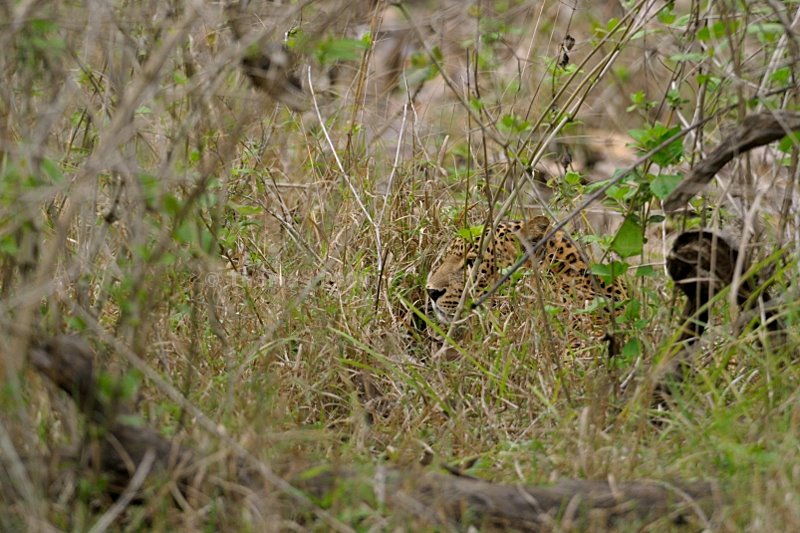 The Leopard sat quietly in the lantana for about 30 minutes. I had this feeling that we are going to have an awesome sighting and we all waited patiently. And then out of the blue, the Leopard just got up and started stealthily walking further into the Lantana. We reversed our jeep to get a better view and the next thing we see – the Leopard running up a 50 feet teak tree in a matter of seconds, chasing a Langur Monkey! However, unfortunately for the Leopard, the Langur was faster than him and managed to escape. I was stunned to see this beautiful predator climb a 50 feet tree so fast, 30 seconds to be precise. The forest, which was quiet thus far, now reverberated with a cacophony of alarm calls (Langur and Chital)!

I completely missed out on getting any shots of the Leopard chasing the Langur up the tree; thanks to my excitement and the bad positioning of the Jeep! However, I managed to get a shot of the Leopard (completely backlit) while it was focussing on something else on the forest floor. 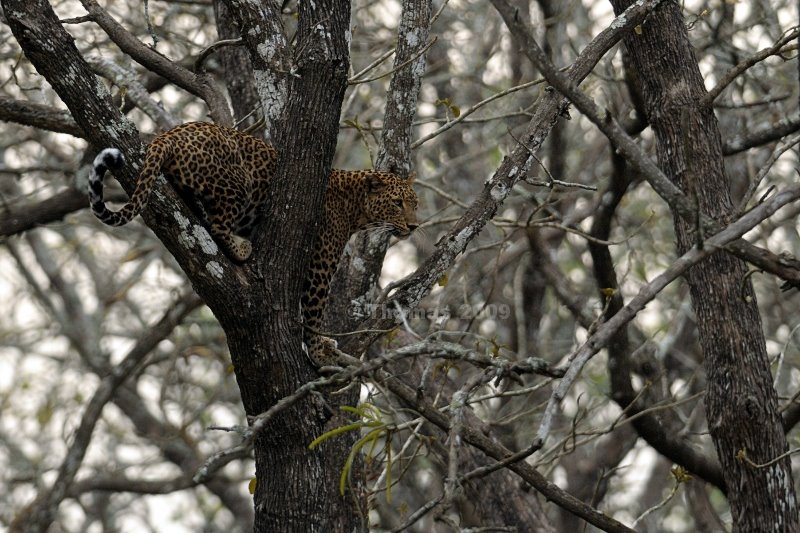 Since the Leopard did not make the Langur kill, he was intent on going after another prey and came down the tree in a jiffy and I didn’t miss out this time and here’s what we got. 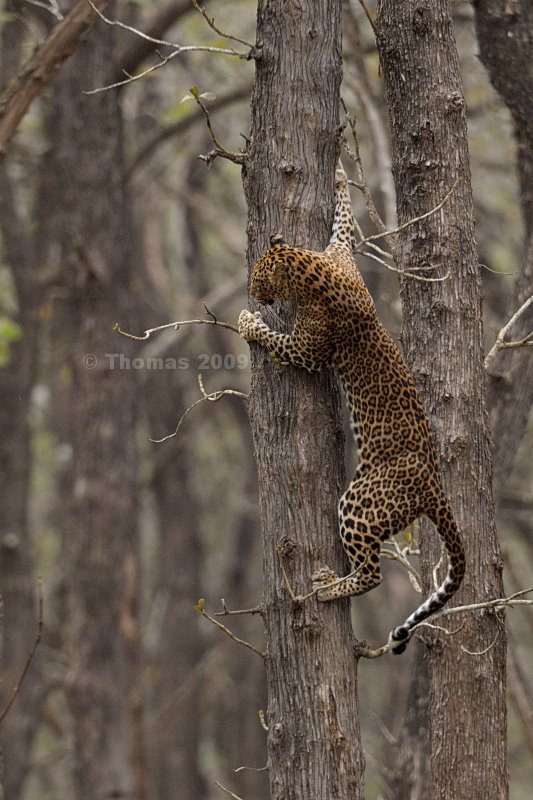 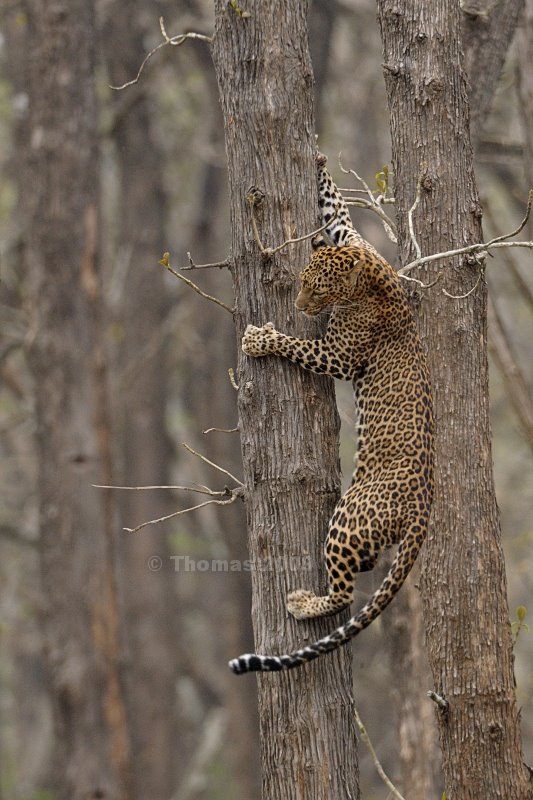 We didn’t know that a Leopard in a hurry to get off a tree will come head down first, then do a 180 degree flip, and as it gets closer to the forest floor will do another 180 degree flip and jump off the tree. All this action, which lasted for about 90 seconds, was well worth the 30 minutes spent waiting for the beautiful Leopard to make its move!. Though this was an awesome sighting, it still doesn’t match up to our Dream sighting of a Lepoard. 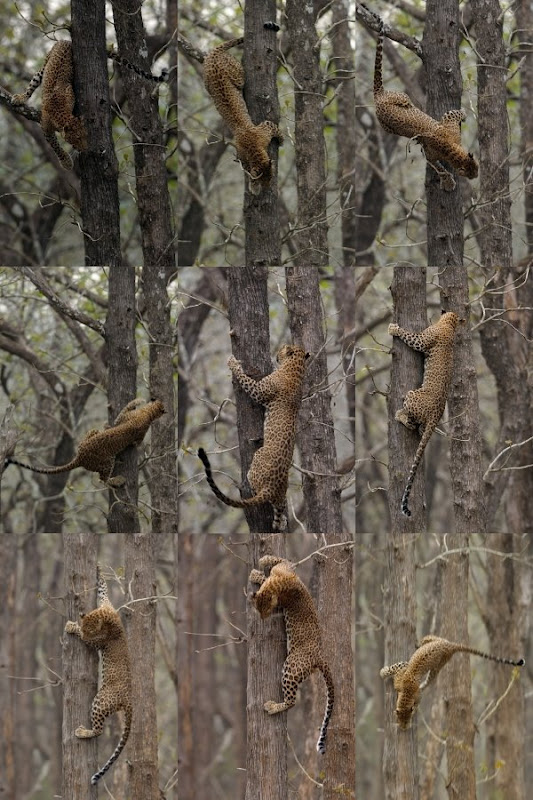