Friendly Giraffe and his headless companion in Masai Mara

After an exhilarating Balloon safari in Masai Mara Reserve followed by a sumptuous breakfast in the bush, we were driving back to Mara Serena. Further down the road, we saw a massive bull Giraffe standing close to the safari road and we requested our driver to stop the vehicle as close to the Giraffe as possible. We were impressed by its size and I took a few images of the Giraffe in the Masai Mara landscape. Then I switched to my trusted D300, 300mm f2.8 with 2x TC and took a couple of close-up compositions including the feature shot for this post. 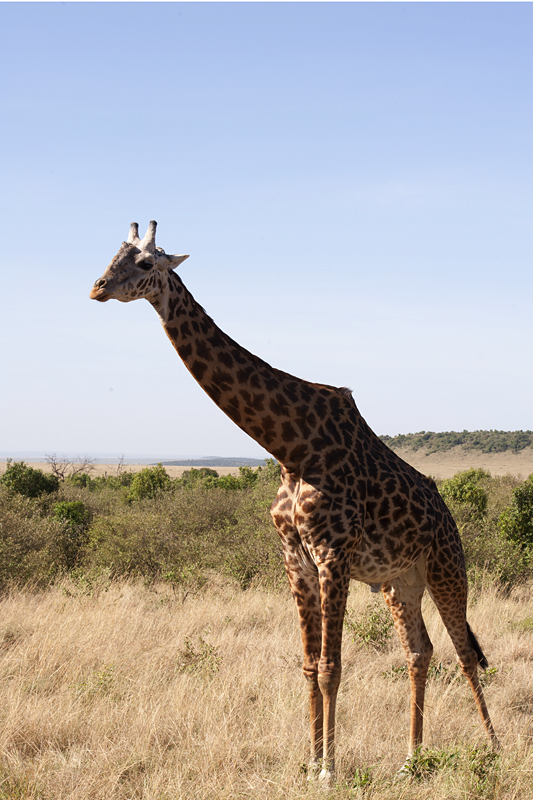 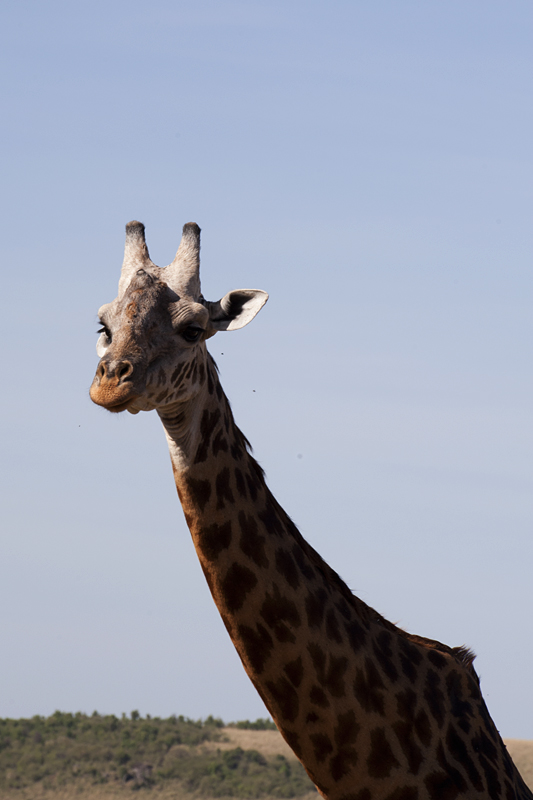 While this friendly Giraffe was going about its business undisturbed on one side of the road, on the other side, there was another Giraffe giving a pose of a different kind. It was so engrossed in its feeding that it had stuck its neck into the bushes and from the road it appeared like a “headless Giraffe”. We got the picture of the Giraffe sticking its head into the bushes and then another one when she pulled her head out of the bushes. And all the while the huge bull Giraffe just stood undeterred by the side of the road and the last image gives an idea of his size. 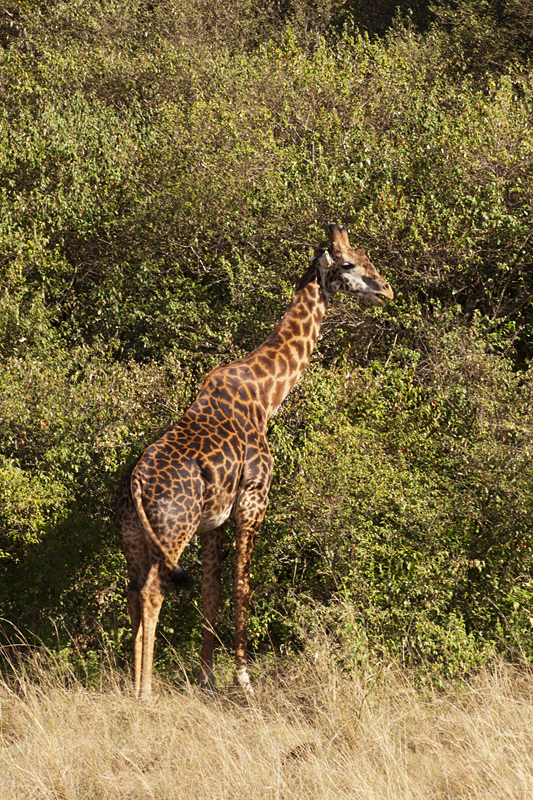 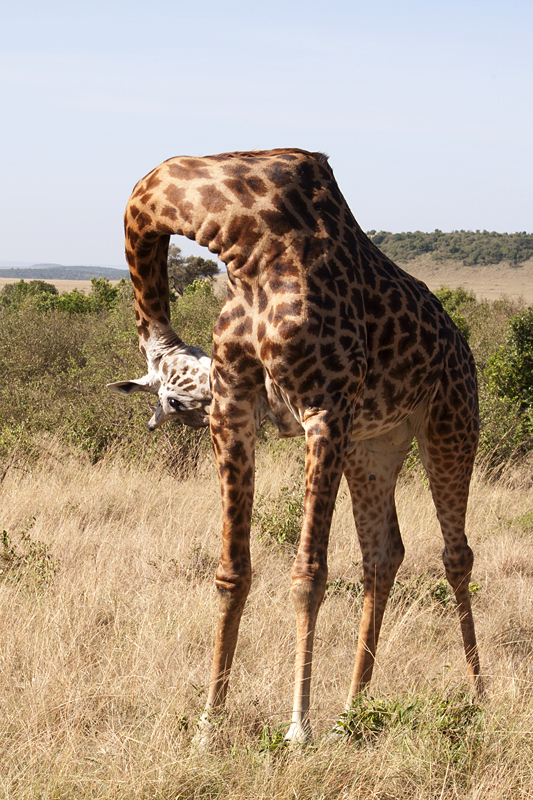