Front row view of a Tiger trying to make a kill 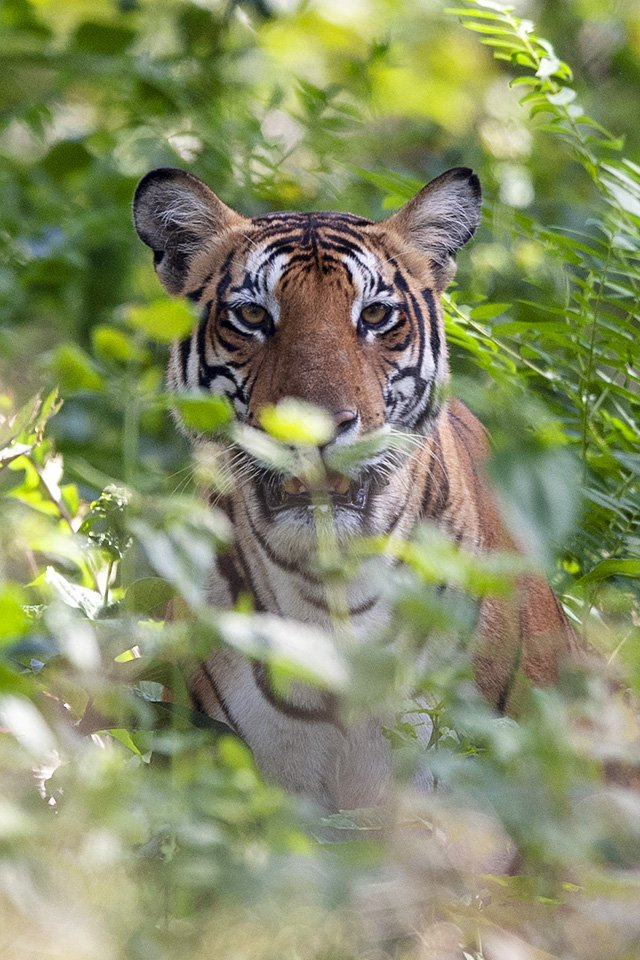 We were on our last drive into the Nagarhole National Park when we heard Chital alarm calls deep inside the Kabini Tiger Reserve. We rushed back to the area, only to have missed a Leopard that the other Jeep had just sighted. We were cursing our luck when we heard the Chital alarm calls again, and they were coming from not very far. Our guide pointed out that the Leopard may have come out on the other road. We rushed there to try and catch a glimpse. But instead of the missed Leopard, we accidentally stumbled upon this Tiger, popular known as the Backwater Female. She was perfectly camouflaged and intently looking at a herd of Chital grazing on the other side of the road. We were well positioned – in between the predator and the prey. Some of the Chital had got a wind of the Tiger’s presence and the forest was reverberating with their alarms calls. The Tiger in the meantime had singled out its prey and was intently observing its movements. 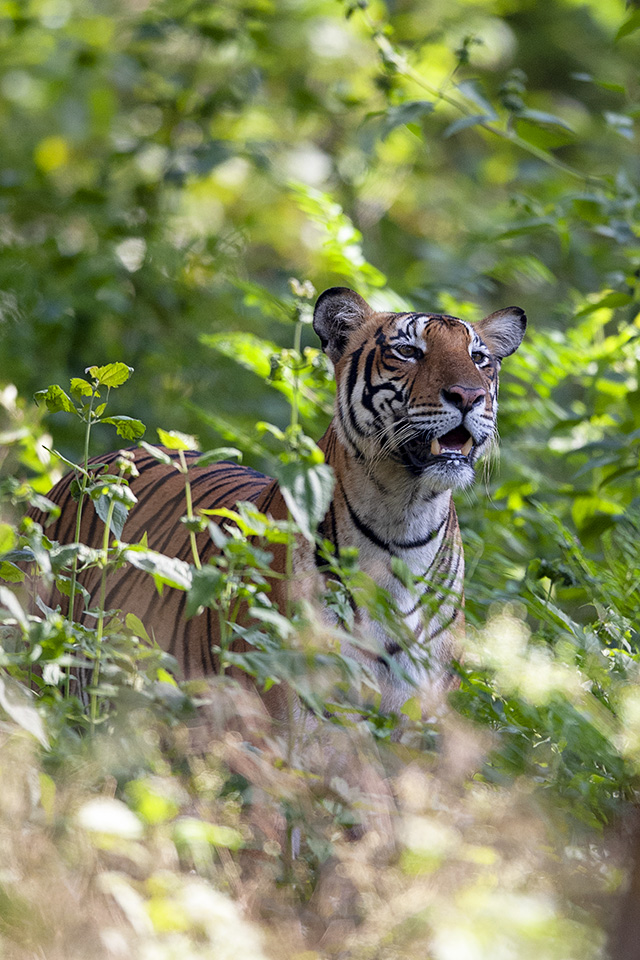 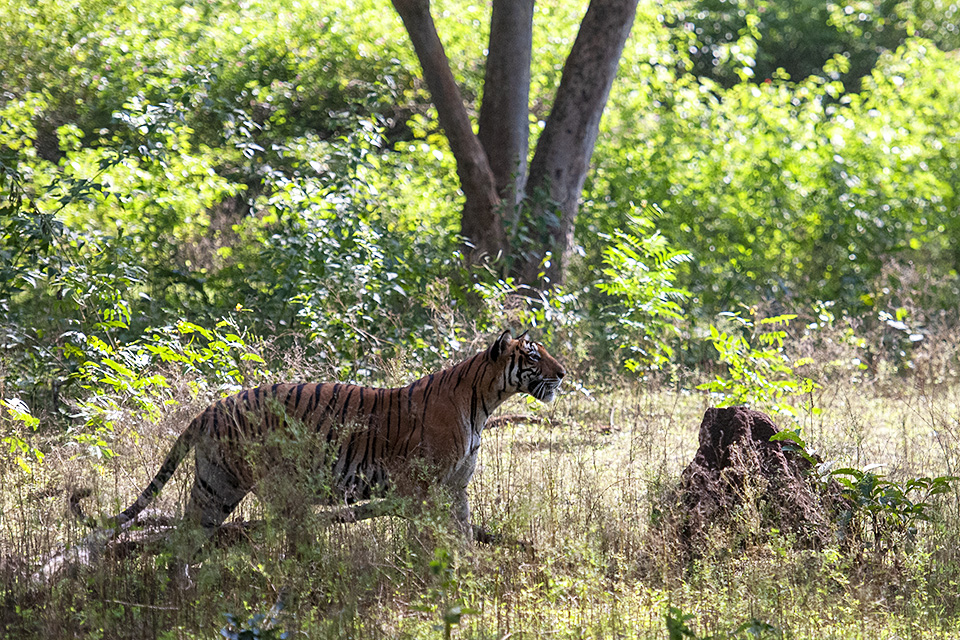 Once the decision was made to go for the kill, the Tiger started stalking its prey using the shade of the trees for cover. It was an amazing sight to watch it go about its business of stalking its prey. 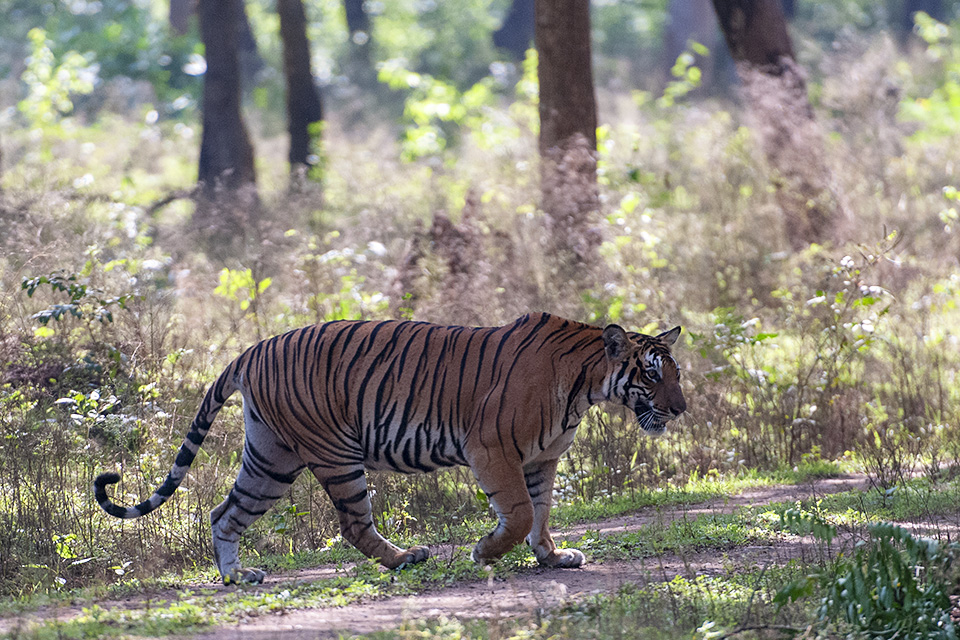 But alas, it was spotted. We could see from the Tiger’s reactions that it knew that its cover was blown. It soon lost interest in the Chital herd and casually crossed the road to the other side, in full view of the herd and soon disappeared into the Lantana. As she walked past the vehicles, one could see the massive size of this apex predator of Kabini Tiger Reserver. 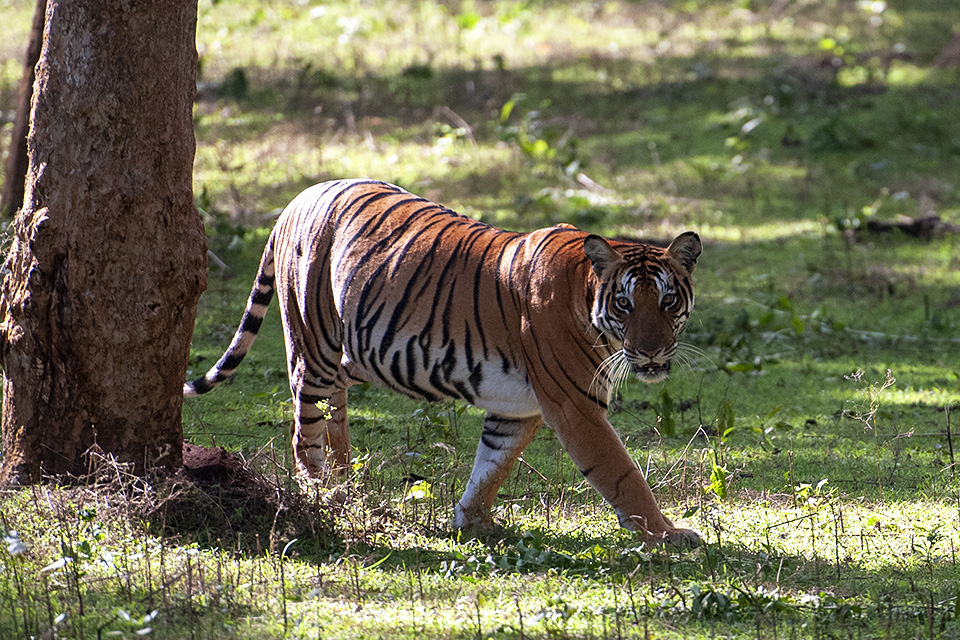 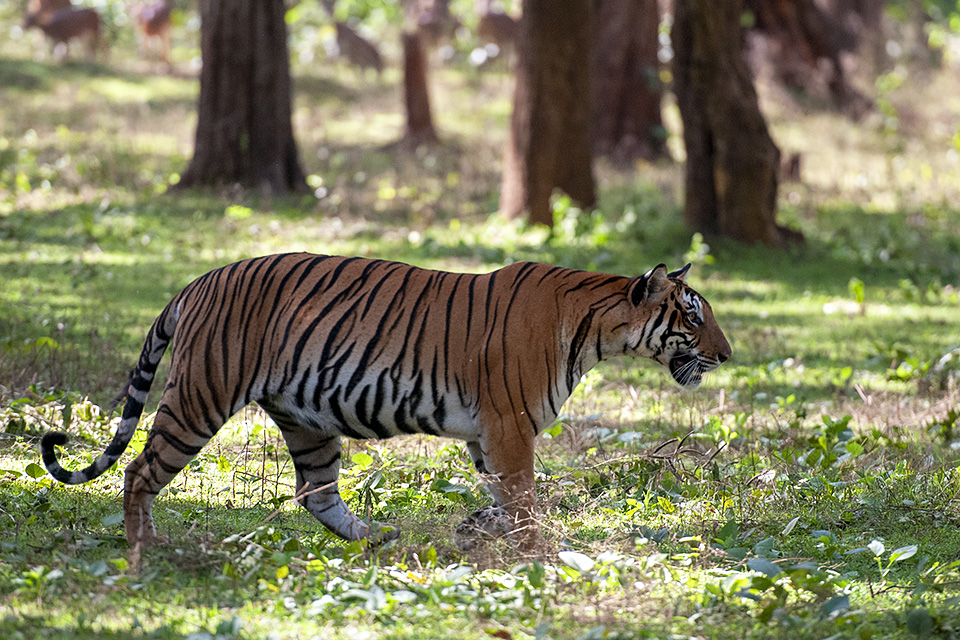