Giraffe and Warthog in a David and Goliath Standoff 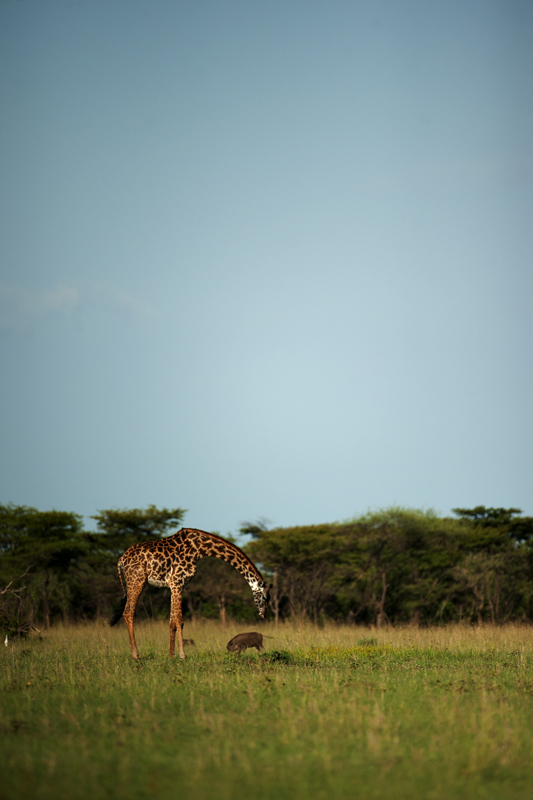 After spending a couple of nights in Western Serengeti National Park, our next stop was the Ngorongoro Crater. As we were exiting Western Serengeti, we saw a Giraffe standing at a distance (Below) next to a shrub. The tall, elegant animal looked beautiful in its surroundings and this provided us an opportunity to photograph an animal in its habitat. 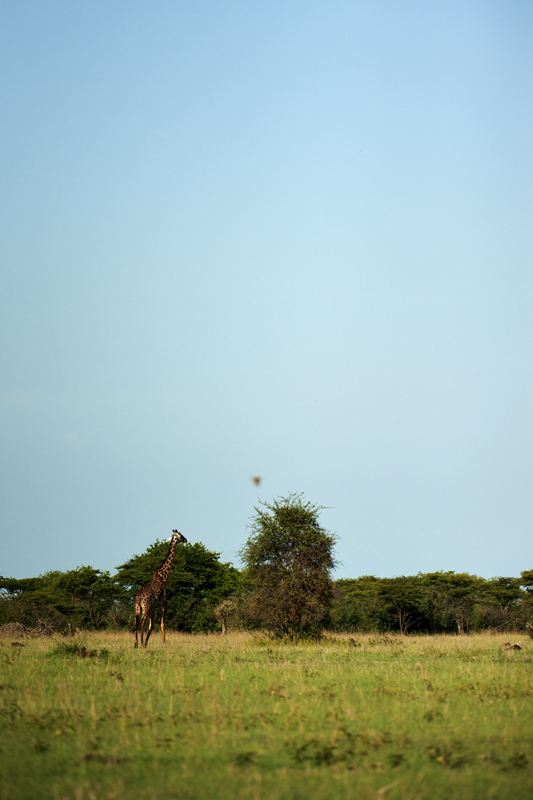 As we decided to move on, we noticed a movement in the tall grass, a little distance away from the Giraffe. We noticed that it was a Warthog. From the direction the Warthog was heading, we could clearly see it crossing paths with the Giraffe. After a while the Giraffe too took notice of the Warthog heading in its direction, and when they finally met, it was like having David and Goliath (Below) in the same frame! It was quite an interesting encounter and we managed to capture the moment in a couple of images. 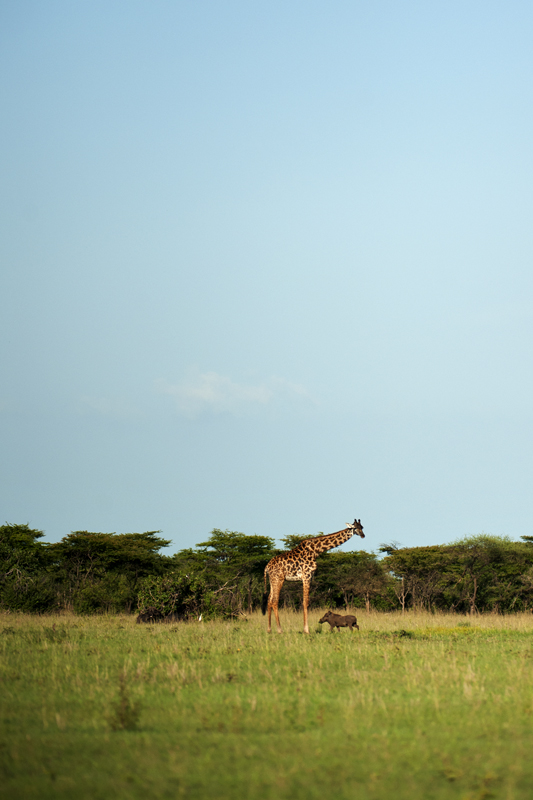 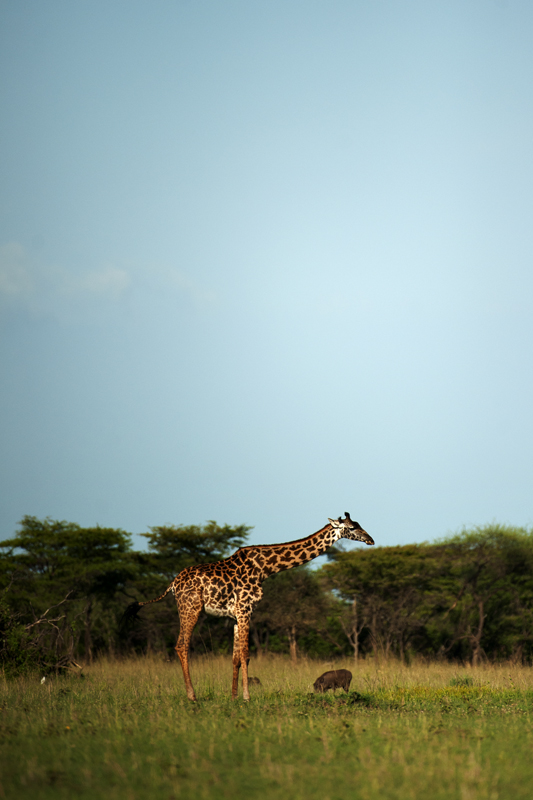