Glimpses of a Tigress in Tadoba Tiger Reserve

Our relentless pursuit of the Tigress took us back to the wooded area of the Tadoba National Park, adjacent to the Tadoba lake. The stream of waiting jeeps was an obvious giveaway that the cat was in the area. We quietly joined the queue that was waiting for the Tigress to emerge from the undergrowth. The Tigress was sleeping at the base of a nearby tree, hidden away from sight. Every now and then, she would stir, which ensued a string of anxious sighs from the excited tourists. The forest guard, who was managing the vehicle movements (below), was confident that the Tigress would soon get up and shift to the stream close by and in the process walk right past the waiting Jeeps. 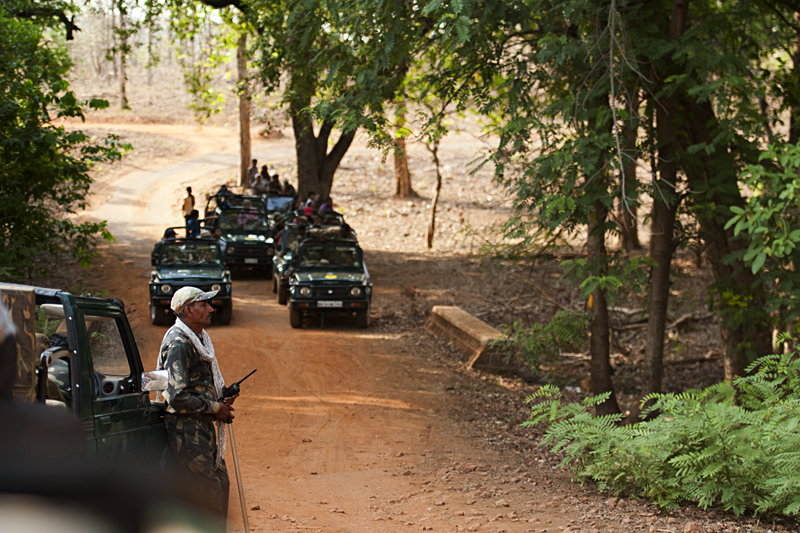 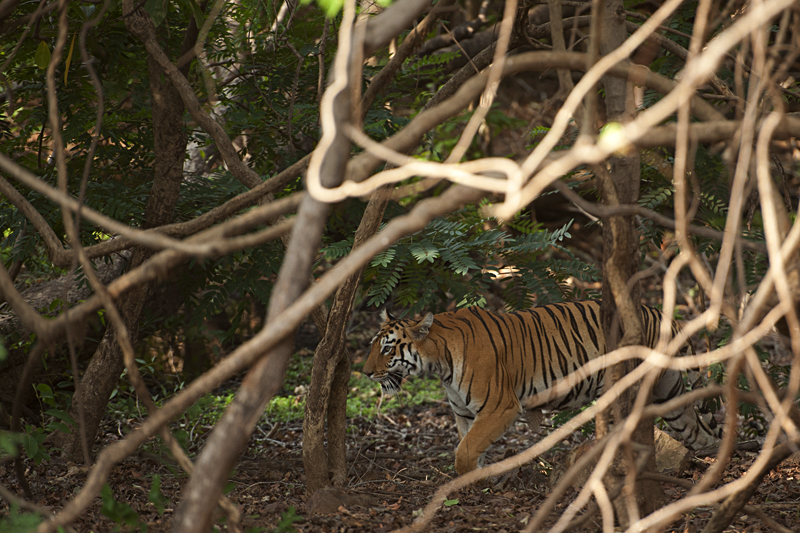 After about 20-30 minutes of waiting, the Tigress woke up and we caught a glimpse of her walking through the undergrowth in the direction of the road. And as anticipated she emerged from the undergrowth on to the road. 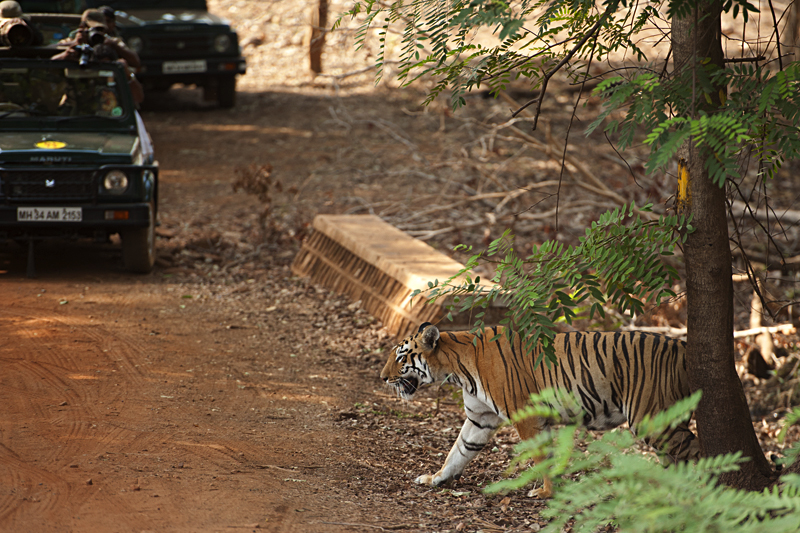 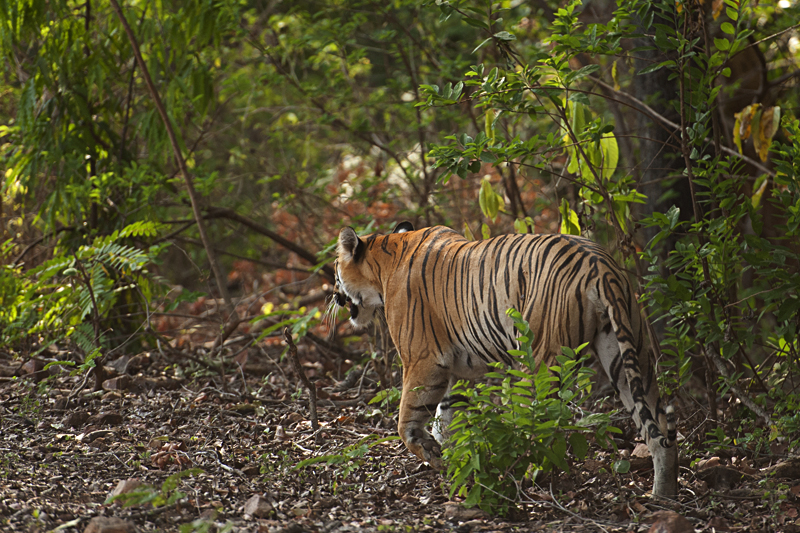 As predicted by the forest guard, the Tigress walked right past him and the stream of jeeps (captured in the feature image). It crossed over to the other side of the road and nonchalantly walked (above) towards the nearby stream. As she walked, it was evident that she was in advanced stages of pregnancy. We followed her towards the stream as far as we could and settled at a position from where we could spot her. The idea was to see if we could get a final picture as this was the last safari on this trip. As we waited, an unsuspecting wild pig walked towards the stream not knowing that the Tigress was resting there. After a few anxious moments it caught the scent of the Tigress and bolted away. We captured this final image as the Tigress came to the stream to quench its thirst before settling down for a siesta. 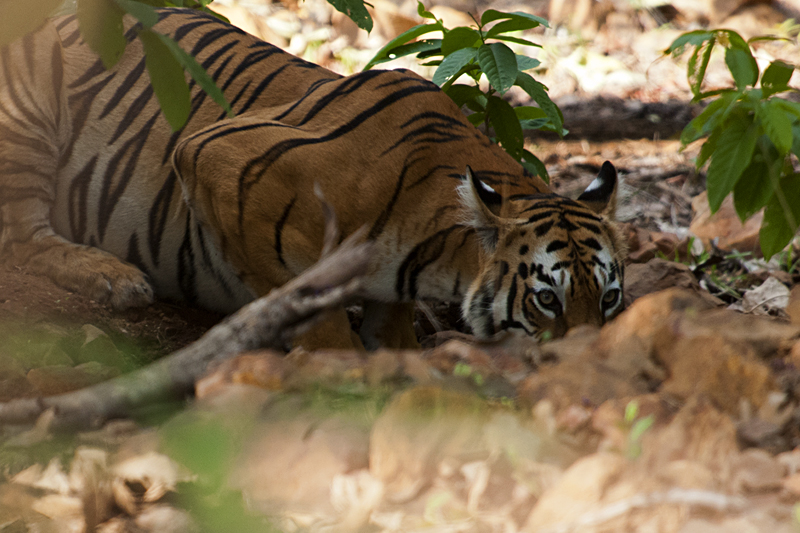 Tadoba holds a special place in our hearts since we had one of our best sightings of the Bengal Tiger here a few years back. You can read more of the experience here.