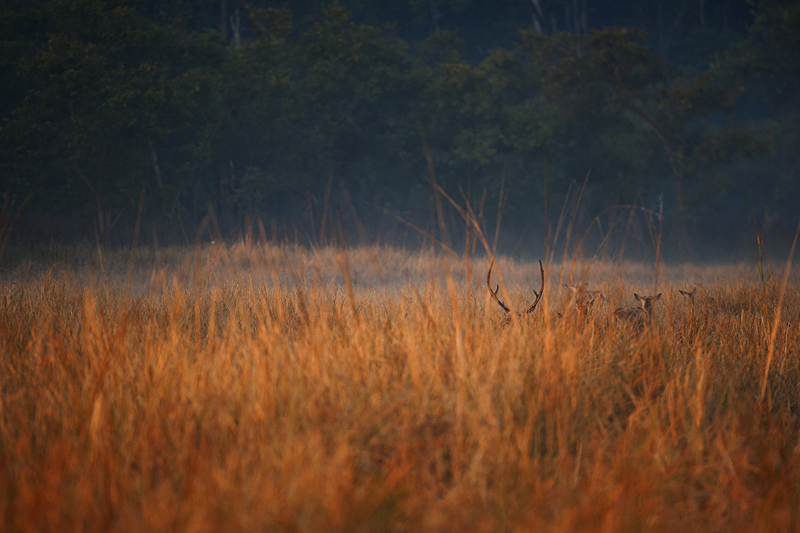 As the sunlight fell on the grasslands, it turned everything into gold and it was a magnificent sight to watch this herd of Chital, Spotted Deer, especially the stag with its elaborate antlers (above), walking through the tall golden grass. And finally when the sun rose over the treeline, it lit up the fog as well and the hovering fog turned gold. It was pure magical and the sight (below) will be itched in our memories for a lifetime. 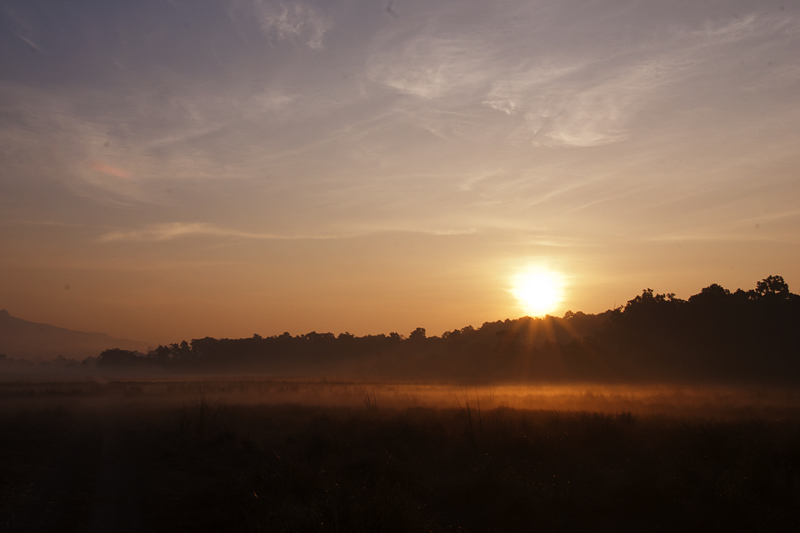 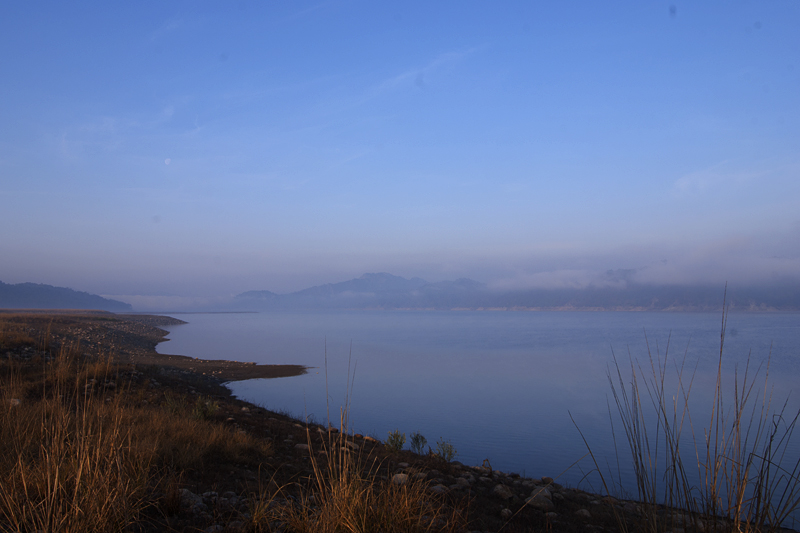 After witnessing the sunrise, we drove closer to the bank of Ramganga river. With the rising sun, the fog started clearing and as it did it was lifting slowly from the water and we captured the mesmerizing effect (above & below). 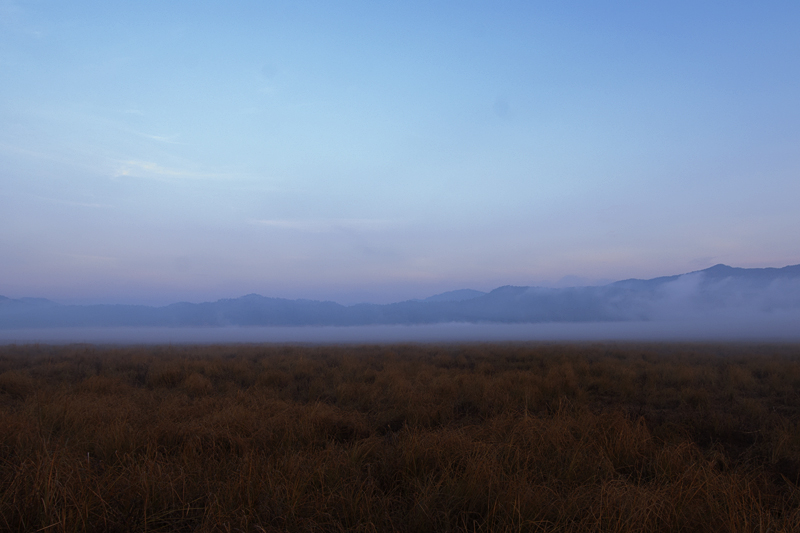 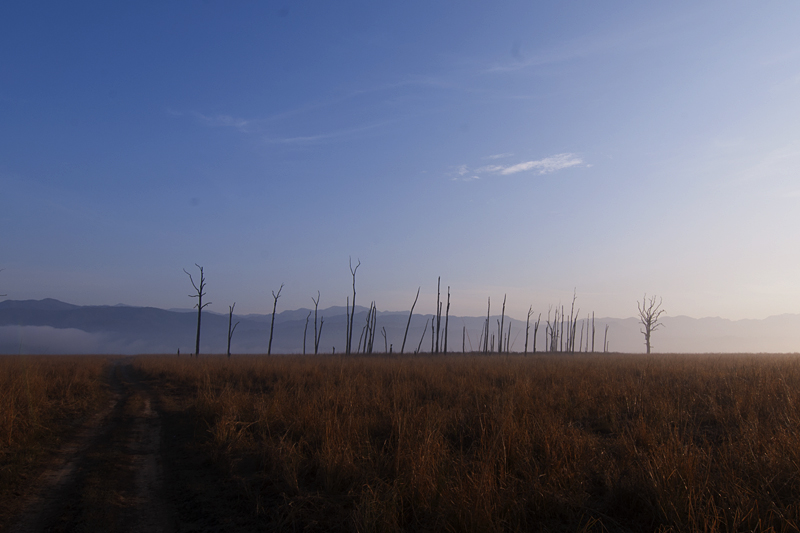