After the amazing sighting of the Striped Hyena, we drove around the Wild Ass Sanctuary looking for birds. And we hit jackpot when we spotted an Imperial Eagle in the distance. I liked the way the drivers here approach birds in the Sanctuary. They drive towards the subject in a circular pattern; in this case it was the Imperial Eagle. They keep getting closer to the bird at every circle and then stop at a distance that is at the periphery of the bird’s comfort zone. The approach did seem to pay off since the Imperial Eagle let us close enough to get some decent pictures (above). After a few clicks it soared into the horizon and we moved on in search of other species. That’s when we saw the Common Kestrel (below) who seemed to be taking a break from the morning scramble for food. 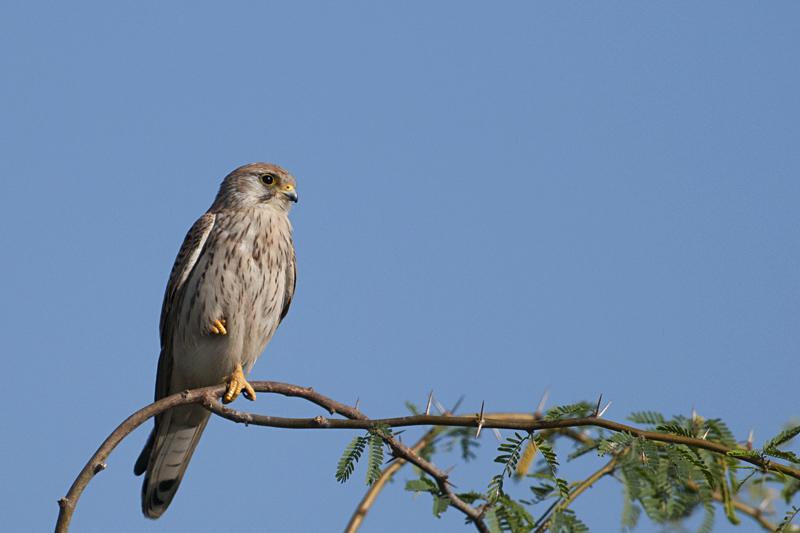 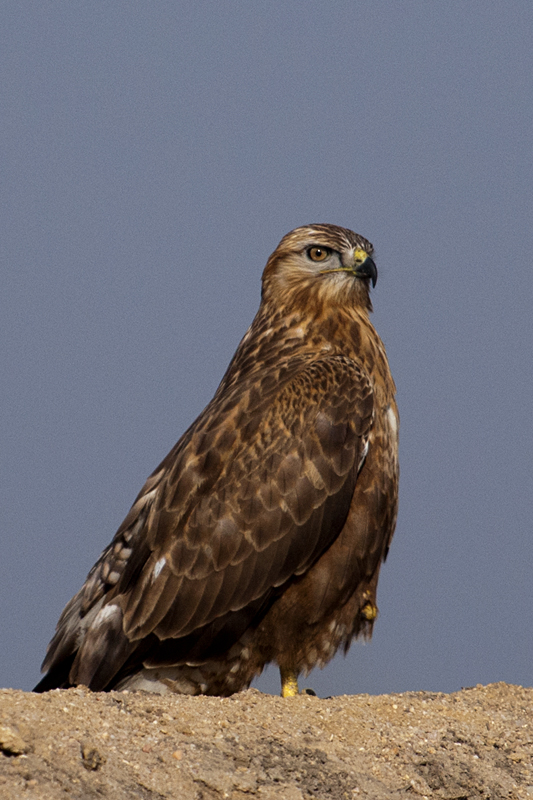 As we drove around, we spotted a Common Buzzard perched beautifully on the embankment. We got as close as it allowed us and got a few record shots (above). After a few minutes, it took off and perched on a nearby shrub and we followed it to get this picture (below). 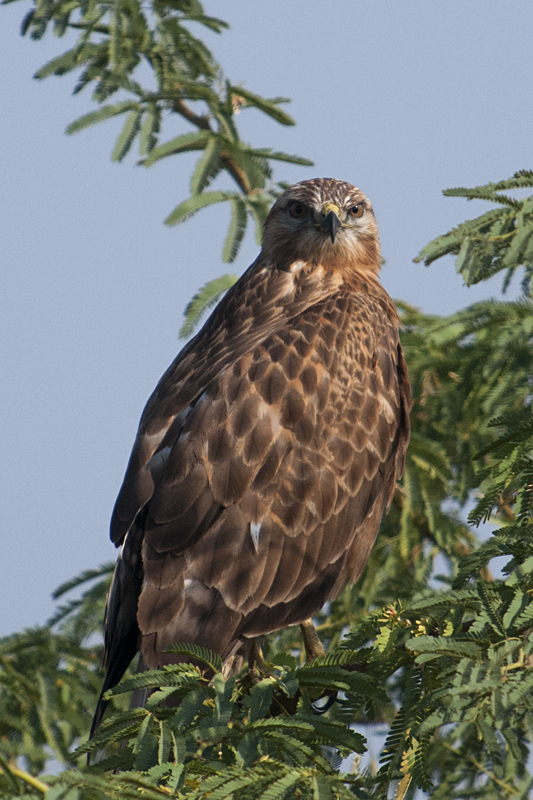 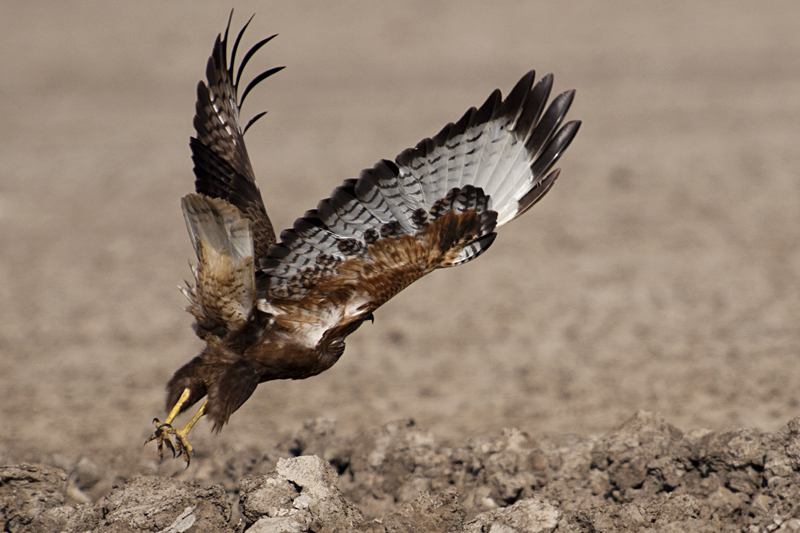 Once it got used to our presence, it flew down and settled on the ground. We waited patiently for a few minutes and captured the Common Buzzard taking off (above). As the sun rose higher, it was getting hot and we decided to return to the resort. This Desert Wheatear (below) was cooling off and allowed us to get close. We finally drove back to our resort in awe of the abundance of birds in the harsh habitat of Wild Ass Sanctuary in Little Rann of Kutch. 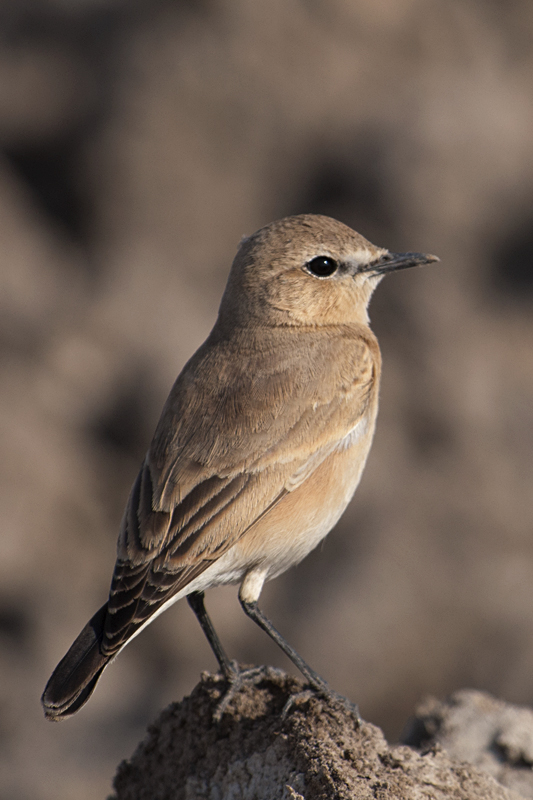