In search of a Collared Kingfisher – Havelock Island 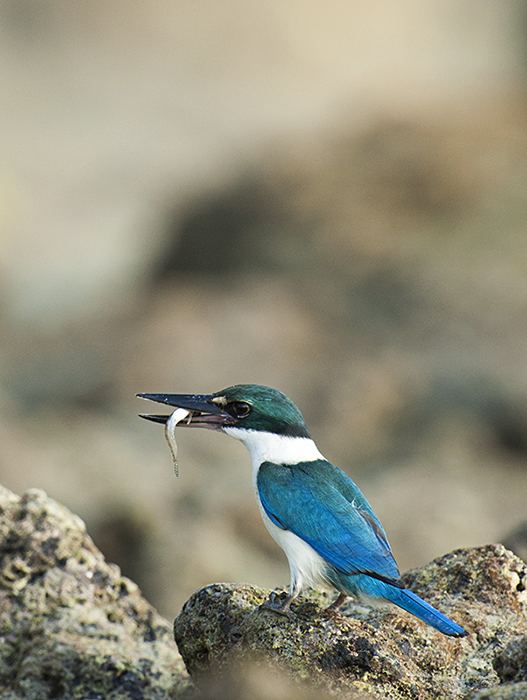 After photographing the Green Imperial Pigeon, I followed Sanjit’s tip and ventured to the rocky end of Radhanagar beach in Havelock in search of the Collared Kingfisher. Once I reached the area, I looked around for over thirty minutes, but could not spot any Kingfishers. I decided to rest for a few minutes. I was looking out into the ocean wondering how in the world was I going to spot a Collared Kingfisher here. And then all of a sudden, there it was, perched on a rock, beautifully camouflaged against the backdrop of the ocean. I cautiously walked towards it and when it was within my D700, 300mm f2.8 range, I took a few record shots (below). 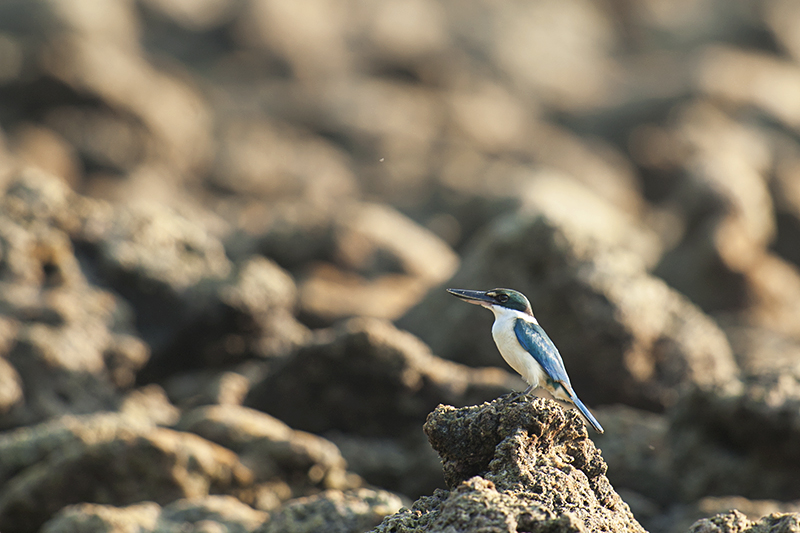 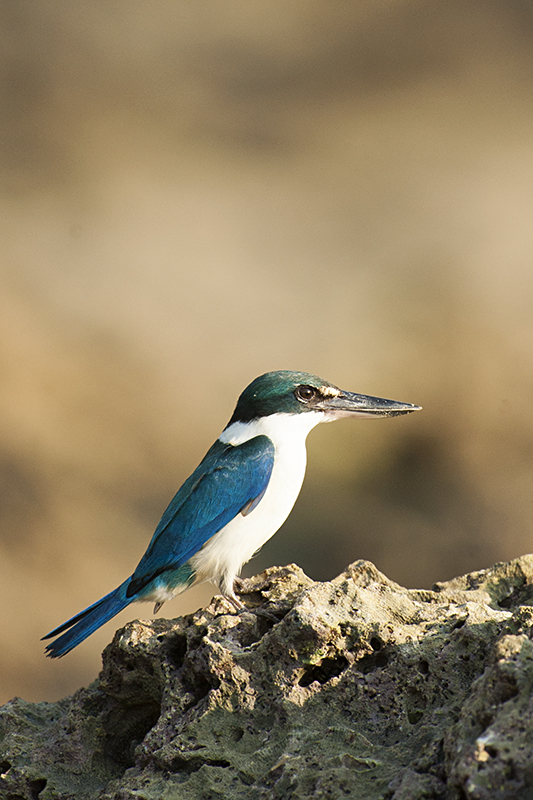 At first it seemed as if the Collared Kingfisher also had a black hood above the white collar. I slowly inched closer and closer. The Kingfisher took a quick dip in the puddle of sea water next to where it was sitting and came back to the same perch with a catch (a small fish), which I have captured as the feature image of this post (first image). Given that I was close enough to the subject now, I took another picture only to realize that sunlight was not at a friendly angle for photography. I slowly maneuvered around to get the sun behind my shoulder and then took a few pictures (below). 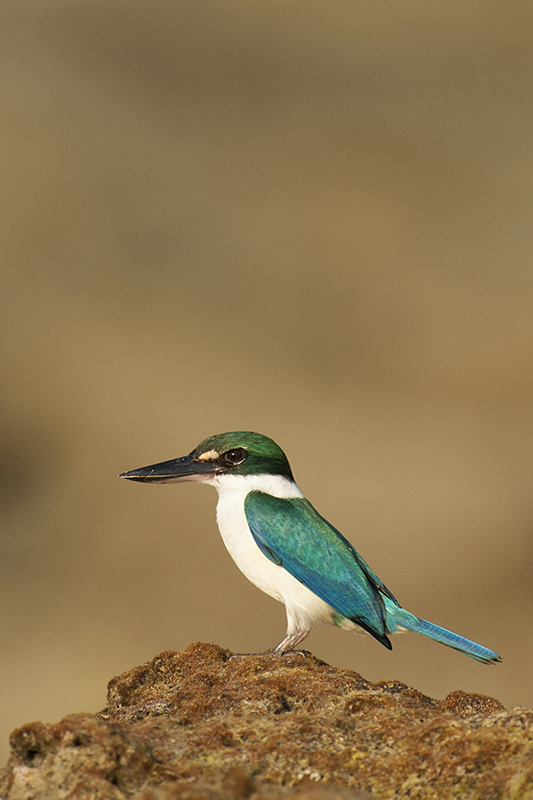 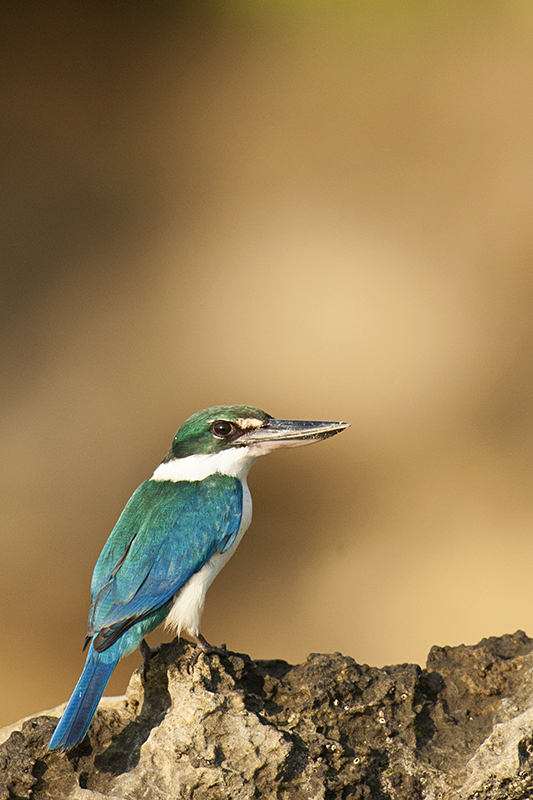 The perfect angle of light showed that the Collared Kingfisher had a beautifully iridescent plumage and what looked like the black hood in the second image was actually a blue-green color (above). I took these final pictures (below) and thanked the Collared Kingfisher for patiently tolerating my presence before heading back to the beach. 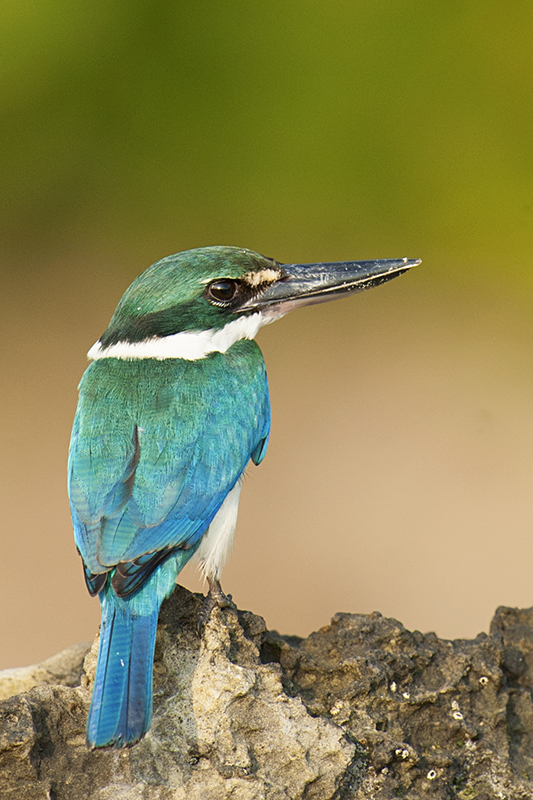