In search of a Desert Fox in Little Rann of Kutch

We began the afternoon safari in Little Rann of Kutch with the stated intent of looking out for a Desert Fox. After a thirty minute drive, we entered the area of the Wild Ass Sanctuary that is frequented by them. Almost immediately we saw our first Desert Fox (below). But the shy animal just scooted into the dense shrub habitat on hearing the approaching vehicle. We tried to locate it, but it was so beautifully camouflaged that there was no way to spot it unless it made any movement, which it did not. 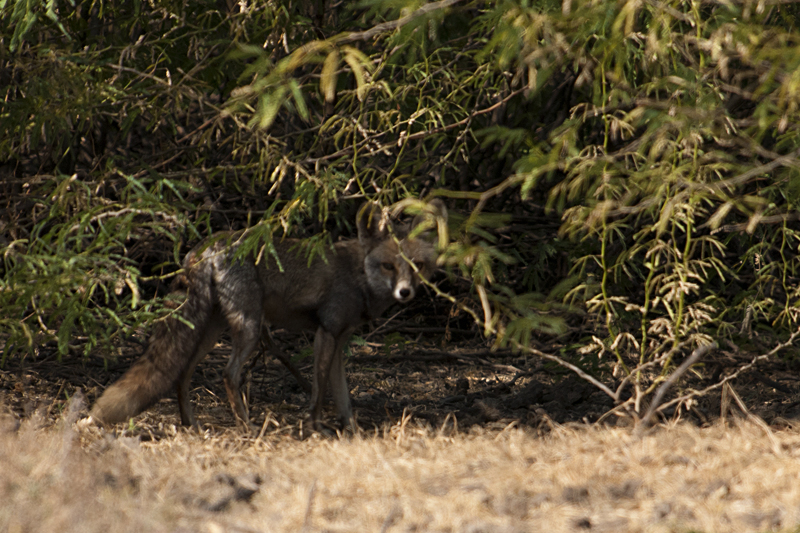 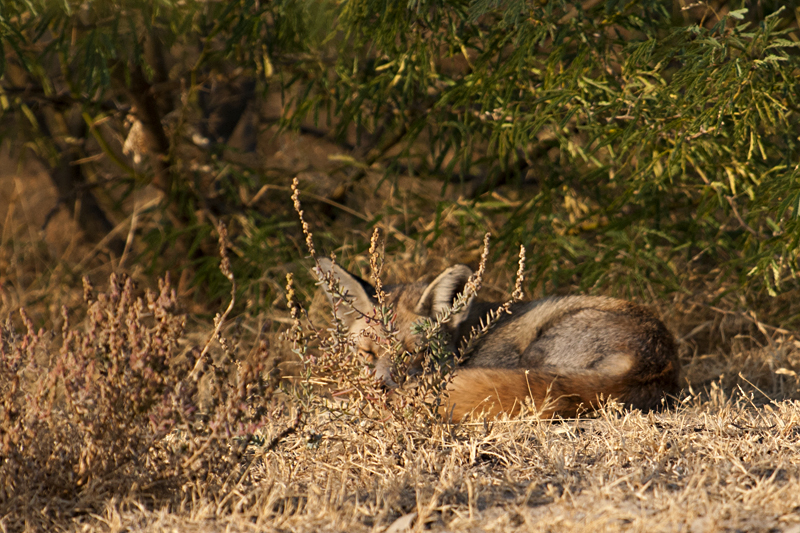 We decided to venture deeper into the Little Rann of Kutch since we were sure that our driver and guide would help us find Desert Foxes that were friendlier. We drove around for about an hour and a half in the sweltering heat, visiting prospective den sites, checking every shrub that came our way. But to our disappointment we weren’t able to spot another Desert Fox. Even our driver seemed puzzled. As we pondered over our next move, we spotted another Desert Fox sleeping (above) under the shade of a distant shrub. We took this record shot and approached it cautiously. In a matter of seconds, the Desert fox noticed the oncoming vehicle and bolted. We once again lost it in the thick shrubs. We continued our search for a third time and we spotted our third Desert Fox. Once again we took our record shots (below) of this Fox before cautiously inching closer. 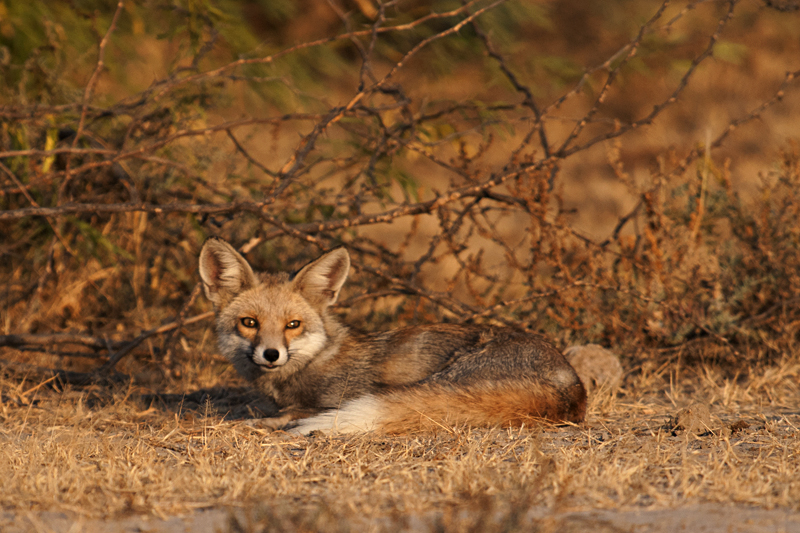 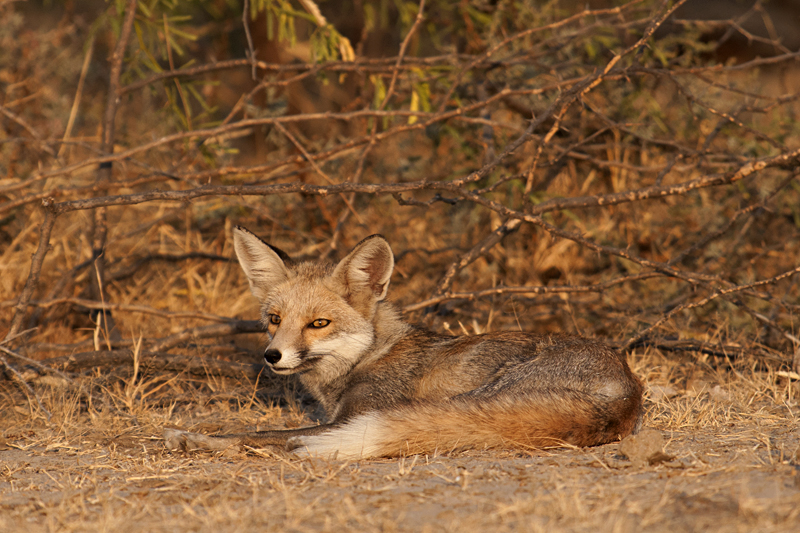 We stopped when we reached, what in our opinion was, the periphery of the Fox’s comfort zone and switched off the engines. The Desert Fox woke up (above) from its slumber and yawned giving us our feature image of this post. It then sat up and scratched itself in an attempt to get rid of the irritating parasites. We captured that moment too (below). 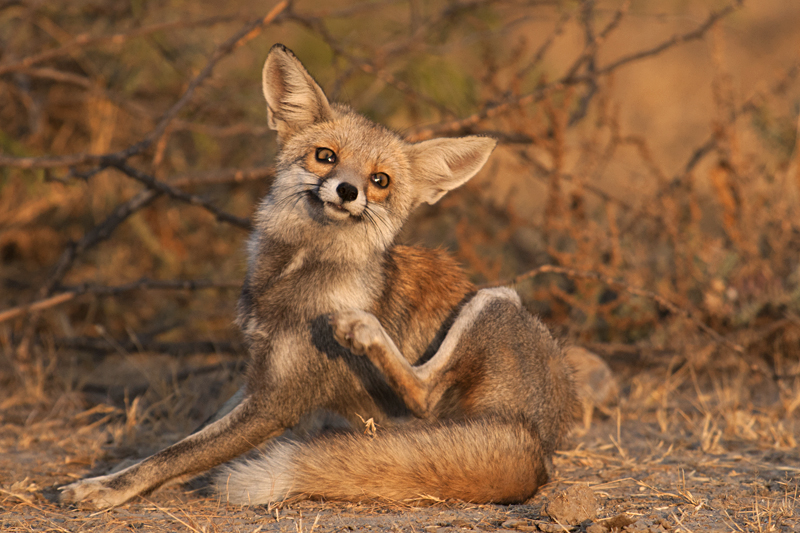 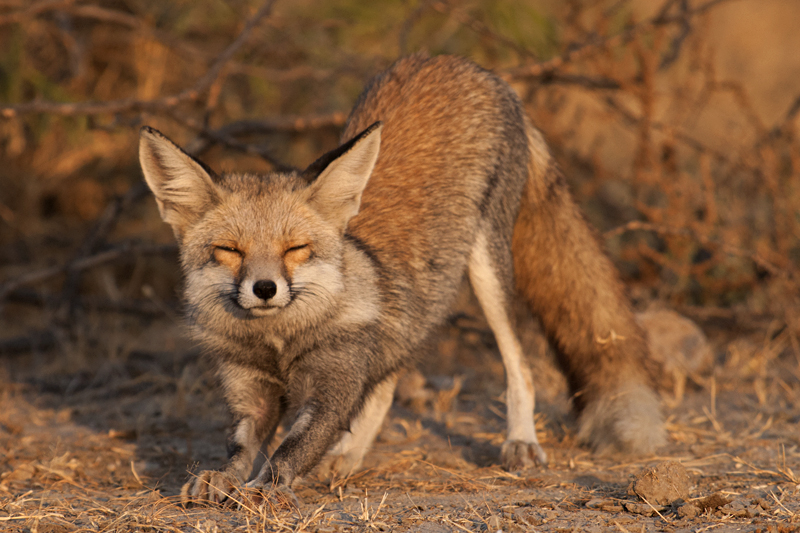 After preening itself, it was time for some stretching (above), presumably in preparation of a hunt. The Fox followed this up with one final round of preening (below) before strolling away. We thought that this Desert Fox had had enough of our company and was moving away to find a more secluded part of the forest where it could not be followed. But to our surprise, it did exactly the opposite. It found a comfortable spot right in the middle of the open terrain. What followed next is a exciting post in itself. Keep following us to find out more. 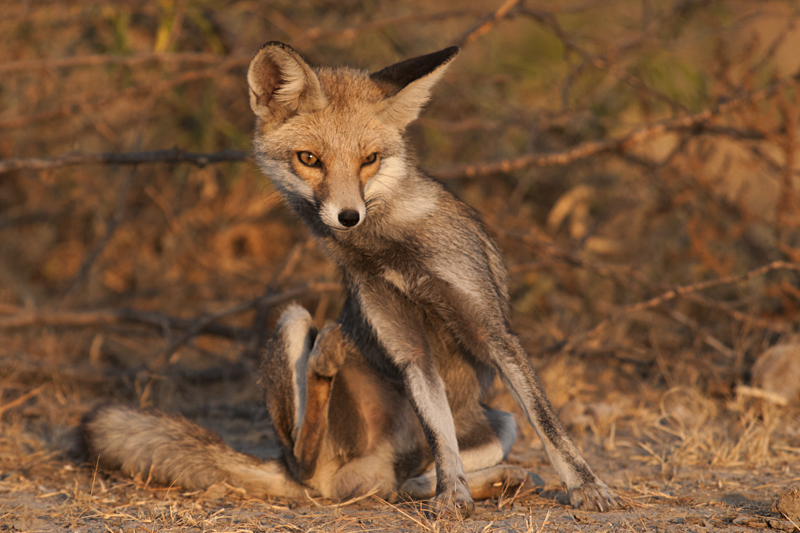 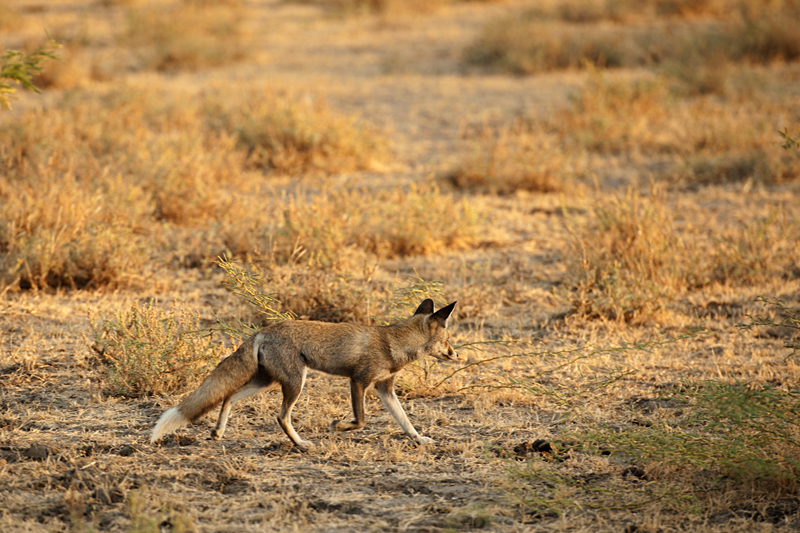