In the twilight zone with Black Rhinoceros in Maasai Mara 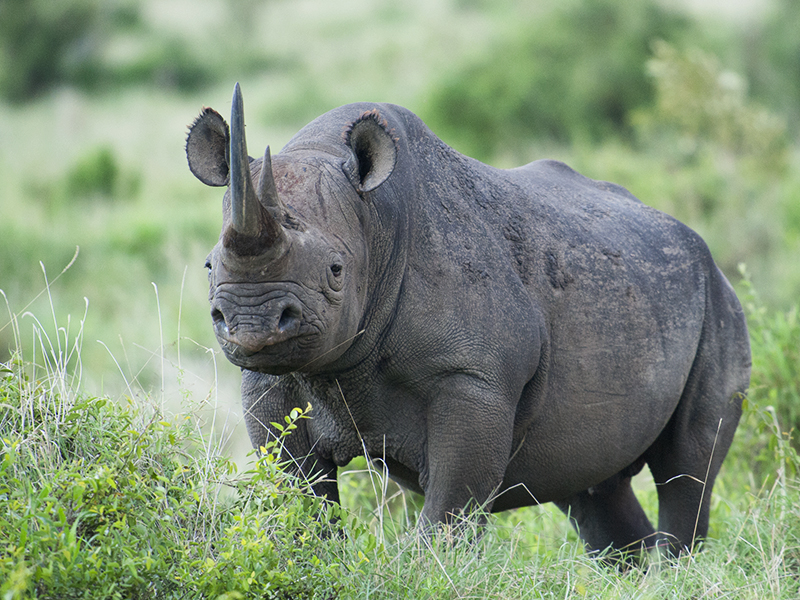 We had been in search of the Black Rhinoceros since morning and in spite of moving through the last spotted location of the Black Rhinoceros, we just could not spot them. They were for sure in the area, but were very well camouflaged. And our time to spot them was running out since light had started fading. Then a passing tourist vehicle told us that they had spotted the Black Rhinoceros close to the game tracks not far from where we were. When we reached the location, we finally saw them. At first we could only see their backs and horns since they were all sitting on the ground. Only when they got up one by one, we could see them clearly and we counted four of them. It was a Crash of four Black Rhinoceros with two cows, a sub-adult calf and a bull. 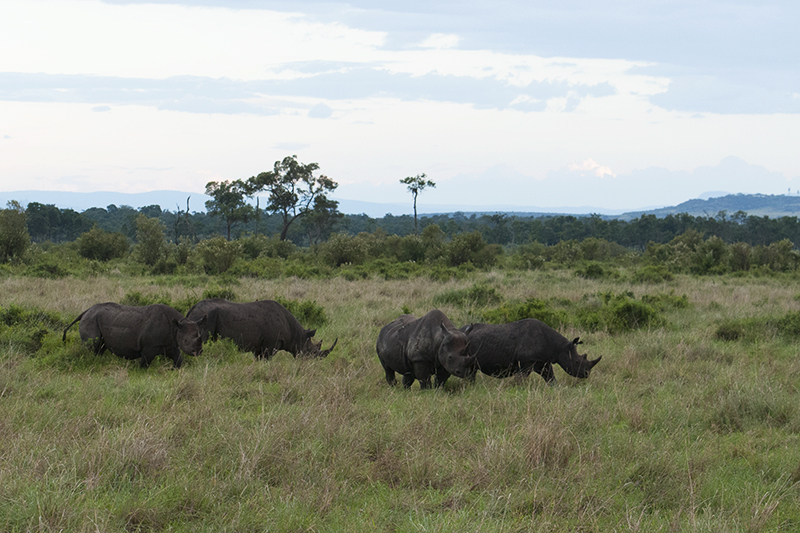 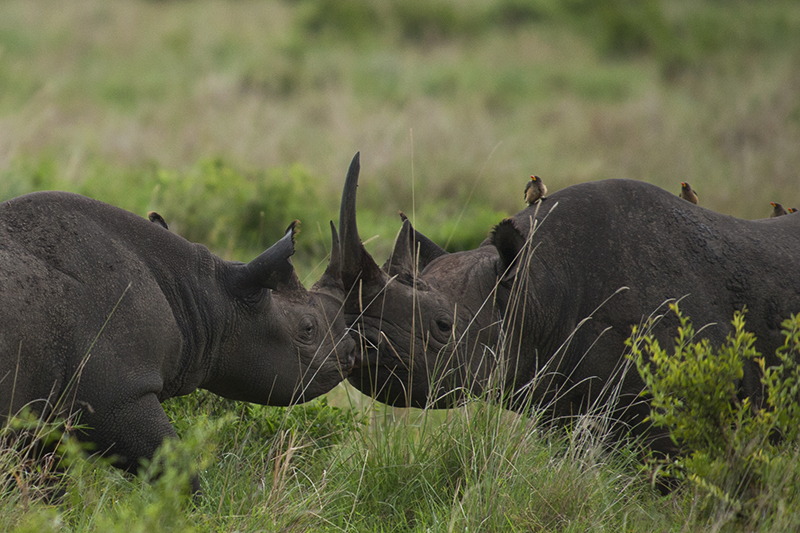 They started grazing and slowly kept moving towards the game track and us. At one point, I spotted the sub-adult calf interacting with the bull and managed to freeze that action. As the Crash kept moving towards us, we could single out each one and I captured this cow as it went about grazing. 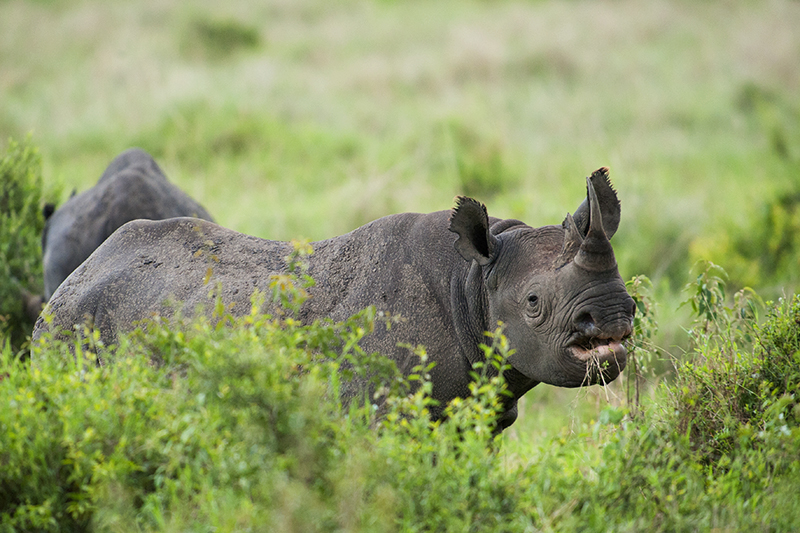 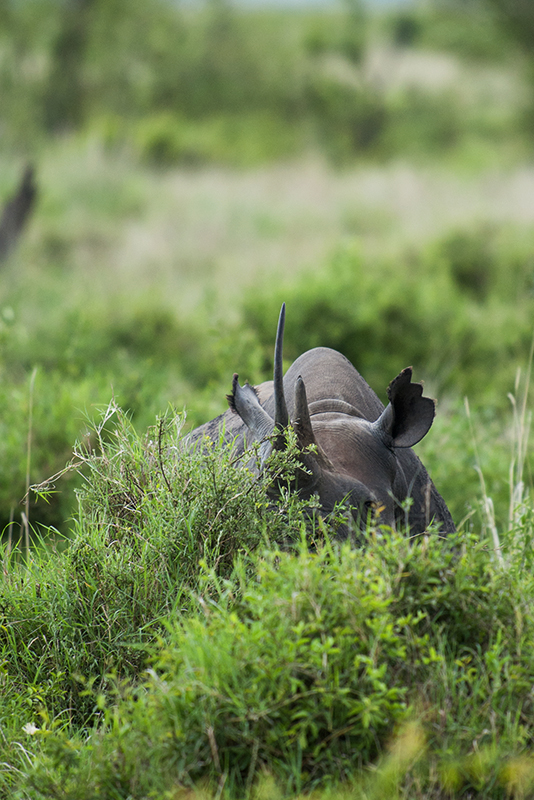 The bull stood behind a grassy mount and we could see only its horns first (above). Then it  came into the clearing and its massive size was just astonishing. I decided to focus on the Black Rhinoceros bull for the rest of the time given than we had only about 5-10 minutes of light left. Slowly one by one the Black Rhinoceros crossed the game track and moved deeper into the Maasai Mara Savannah. The massive bull was the last one to cross and after crossing, he stood for a couple of minutes giving us the privilege of photographing this elusive Black Rhinoceros in golden sunlight. 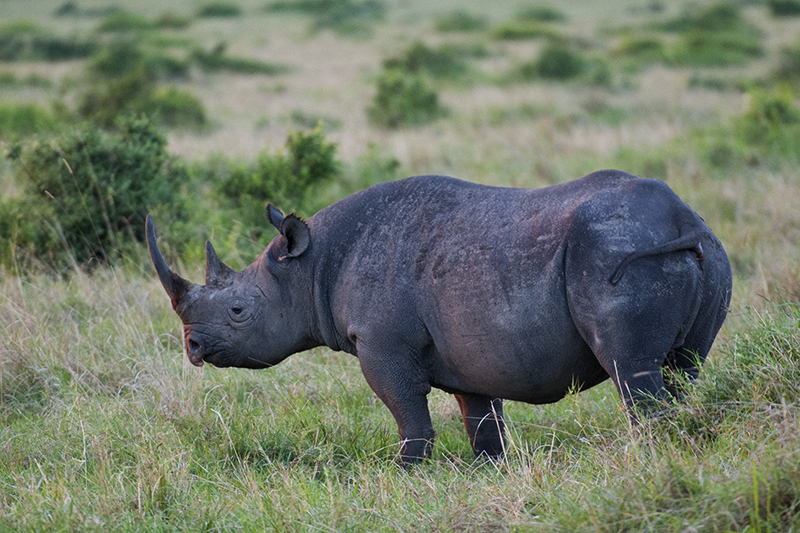 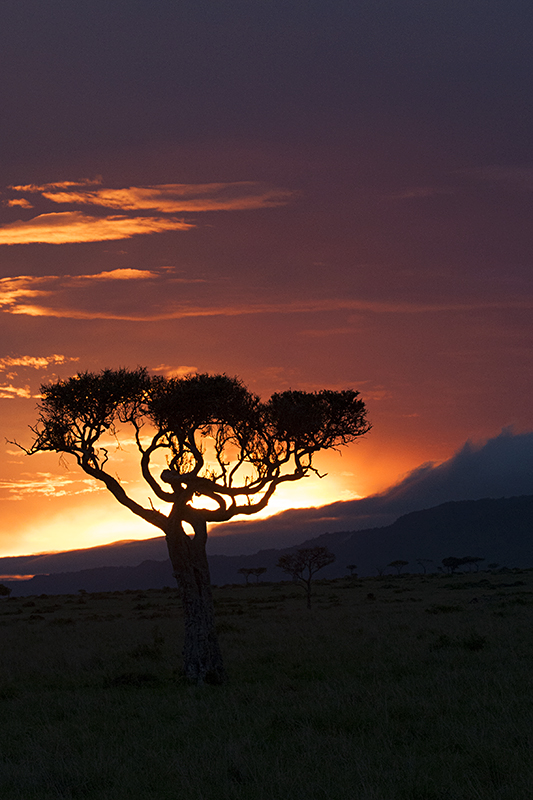 As we headed back to the resort satisfied at today’s exciting sighting of the Black Rhinoceros, the sun was setting in the mountains and we framed this lone tree against it.