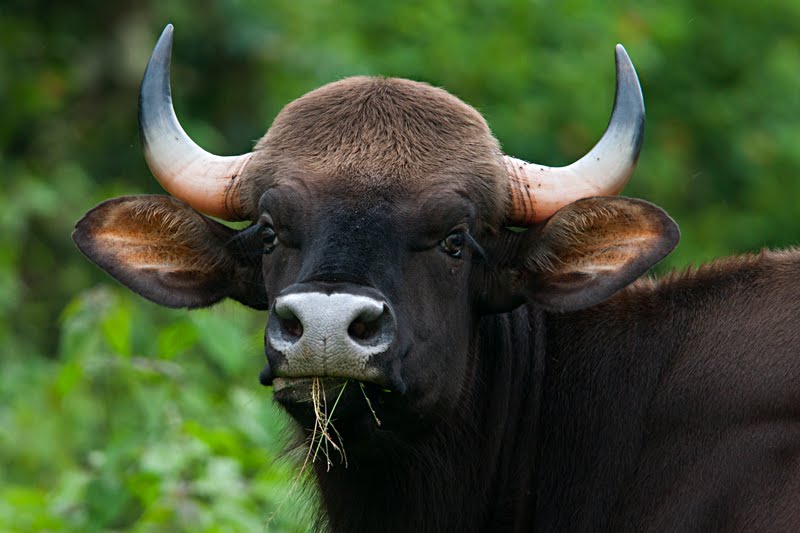 The endangered Indian Gaur are massive mammal species, next only to the Asiatic Elephants in size. These shy animals are normally seen in large herds grazing at a safe distance (below) from the safari roads. However, occasionally you may come across a friendly one enabling you to take closeup portrait shots (above). 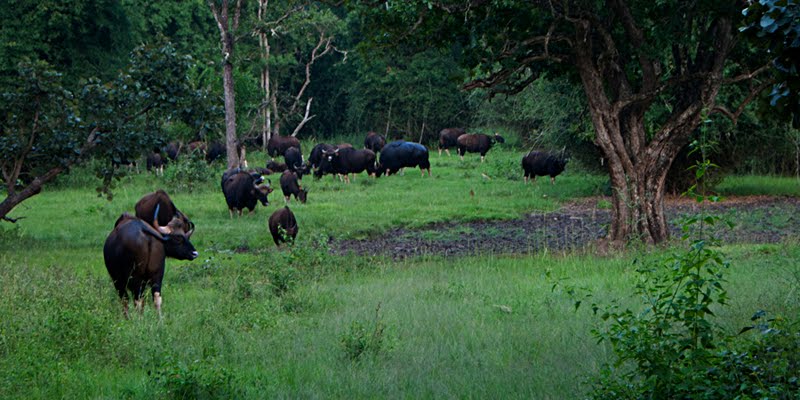 One morning safari with a Gaur herd turned out to be very different. It all started when we sighted a herd close to the Jeep tracks. They moved away as soon as they saw the approaching Jeep. We passed them and kept going when we suddenly heard a snorting noise. We immediately stopped the Jeep since this kind of Gaur behavior is seen only when they have spotted or catch the scent of a predator. The most common predator that is strong enough to attack the Indian Gaur is the “Tiger”. 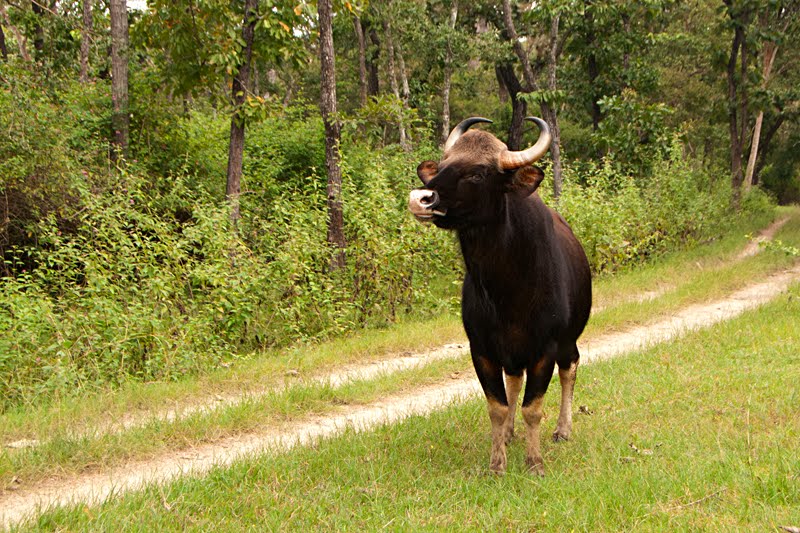 As we waited, a huge female Gaur (above) came charging from the lantana and moments later a calf followed at maddening speed. Both of them bolted in different directions and after a while the female came back looking for the calf and got very close to the Jeep. We thought the calf had fallen prey to the stalking predator; however after a while we saw it emerge again from the lantana and rejoin the Gaur herd. The visibly shaken herd (below) then gathered right on the Jeep tracks and shielded the young calf. 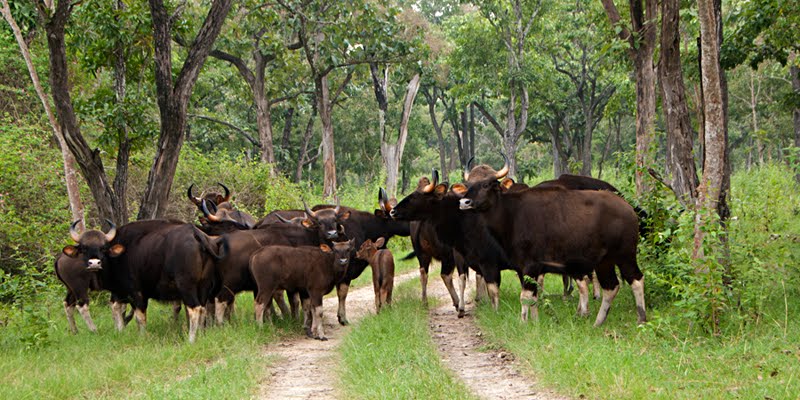 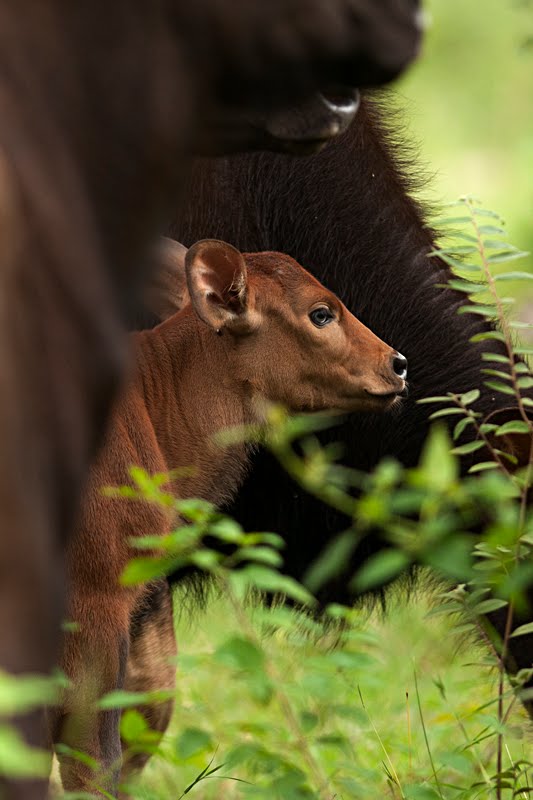 The action lasted for sometime, however the predator, read Tiger, never showed itself. After about 15-20 minutes, the tension eased off and the Gaur herd regained their composure and walked off (below) into the Bandipur national park. 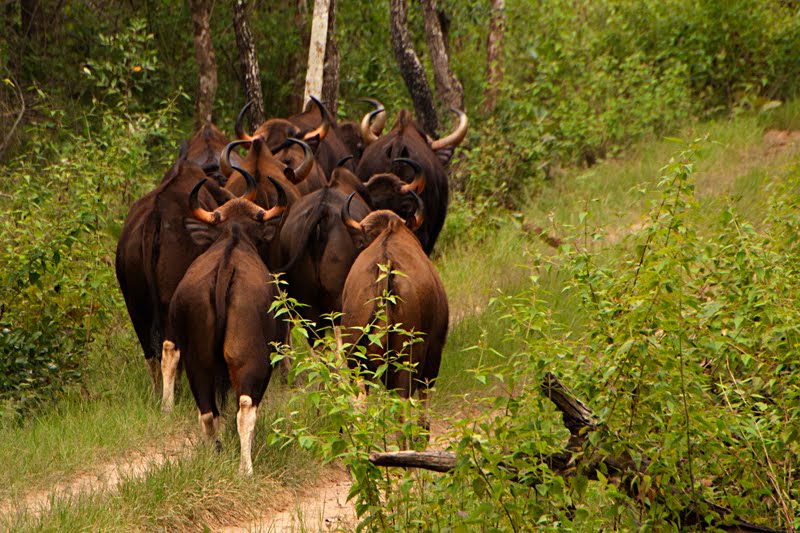