Within a Rhesus Macaque’s Comfort Zone

After we returned from the exciting morning safari in Corbett National Park, we had a sumptuous breakfast and went back to our room to relax for a while. We noticed a troop of Rhesus Macaques foraging close-by the rooms. The Rhesus Macaques found around the Dhikala forest lodge are notorious for chasing unassuming tourists, carrying food items and snatching the packets fearlessly from the toursits’ hands. So I decided to sit back and watch them from a distance.

After a while most of the troop members moved on except for the dominant male of the troop that continued foraging. I decided to try my luck with him. Armed with my D700 with the 70-200mm f/2.8, I went and sat in the open about fifty feet from him and started clicking a few pictures while he was busy choosing fresh grass shoots (below). 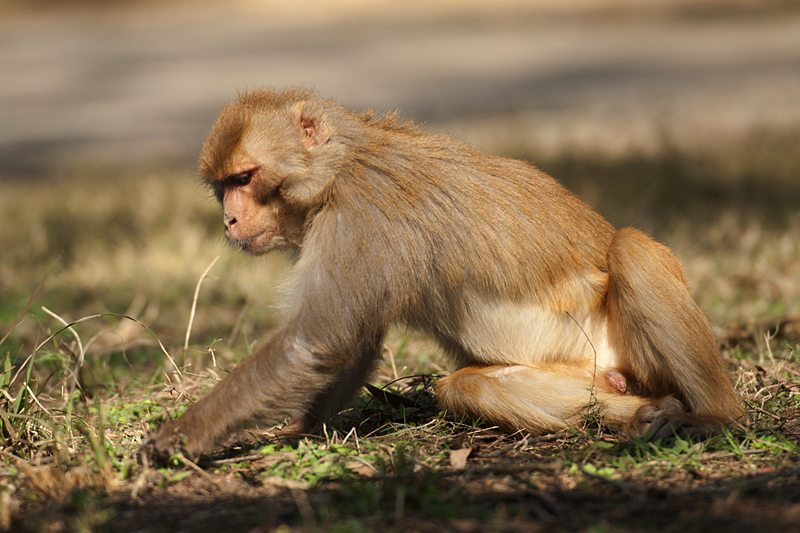 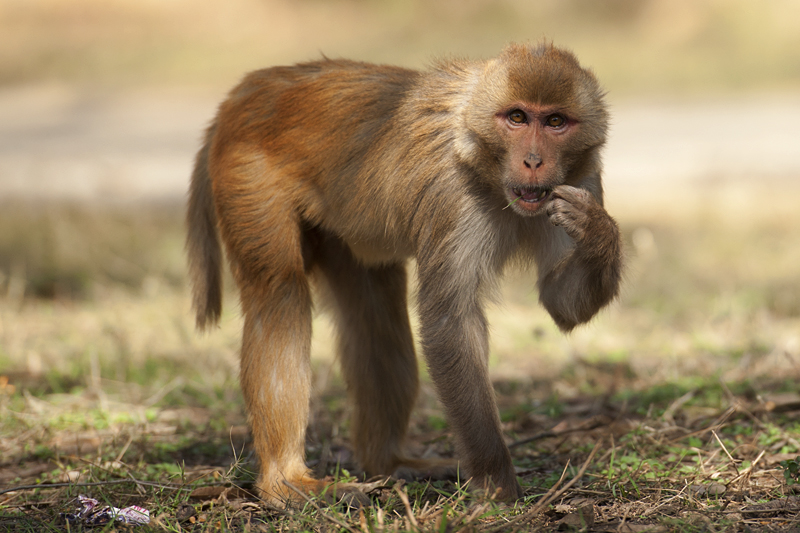 After a while he took notice of my presence (above), but wasn’t bothered. Occasionally he would look up and give me a cold stare (below) and I would happily click a picture and then inch closer to him one step at a time. Being the dominant male of the troop, he wasn’t scared of me being this close to him. Infact he surprised me as he kept closing the distance between us as while he was foraging. Finally we were less than fifteen feet apart and he  once again looked up at me, probably wondering what I was up to. 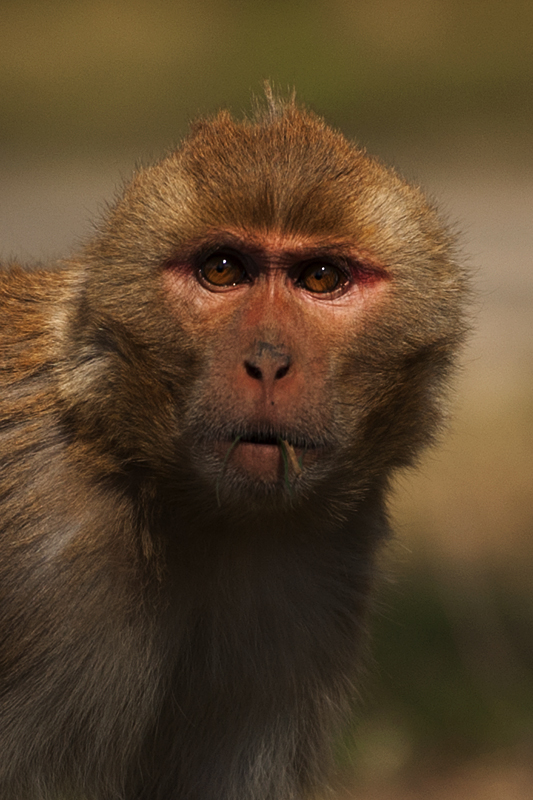 It was an interesting experience being this close to a wild Rhesus Macaque and watching him through the 70-200mm f/2.8 lens. All of a sudden he stopped foraging realizing that we were very close to each other. But instead of retreading, he calming sat about 10-15 feet from me and surveyed his surrounding including me. That gave me the opportunity to get these final pictures (below) including the feature (first) image of this post. Before we parted ways, I silently thanked the Macaque for giving me these seven privileged minutes to observe and photograph him at close quarters. The only other time I can remember photographing a wild animal this close was when the matriarch of an Elephant herd came within ten feet our Jeep in Bandipur National Park. 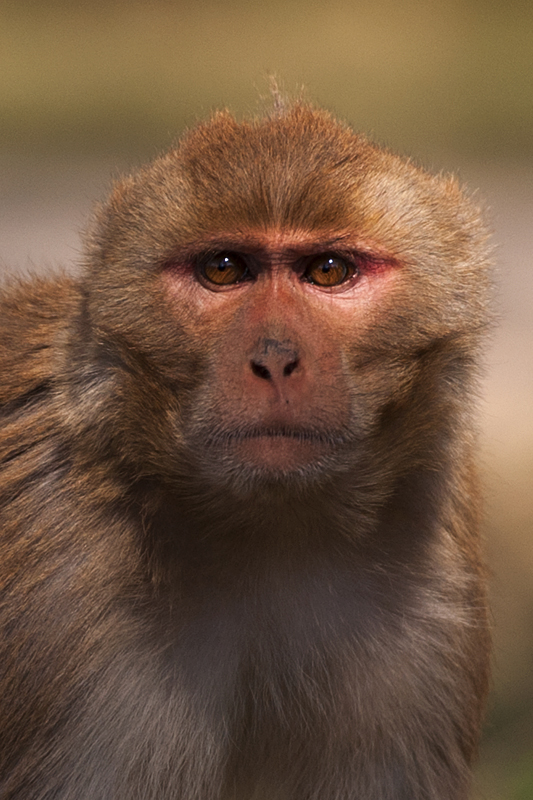