Into the Twilight zone with a Cheetah

The Cheetah mother and cub that we described in our previous post moved into the open after their cover was blown. After giving us the parting look, the mother Cheetah decided to settle down on a termite mound (below) not far away from the safari tracks. 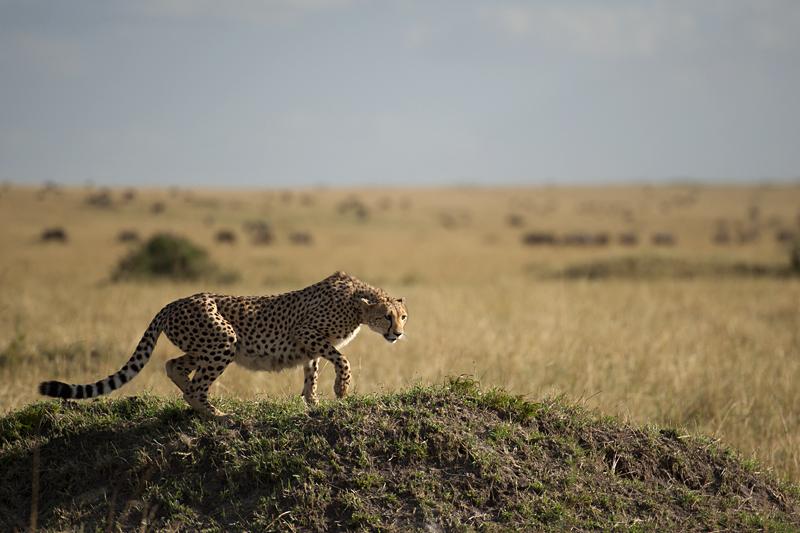 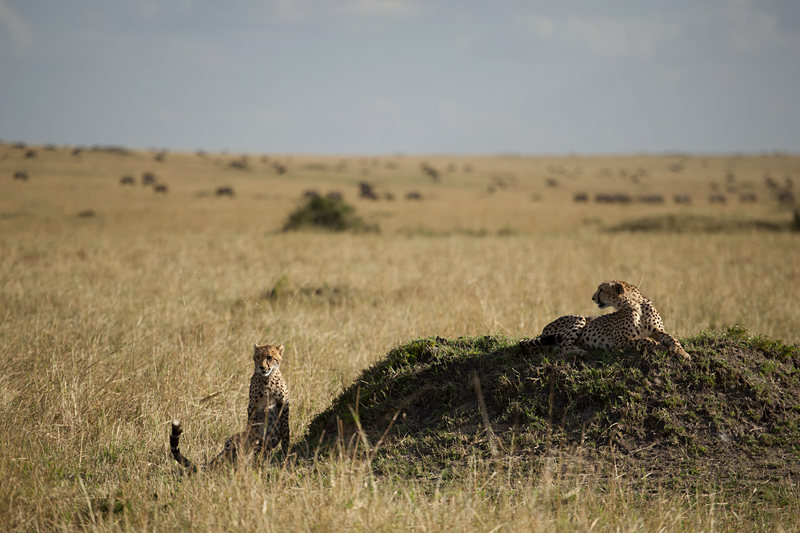 Seeing the mother seated on top of the termite mound, the cub swiftly followed suit (above) and settled at the base of the mound.The following couple of wide angle pictures (below) will give you a perspective of seeing these Cheetahs in the middle of Masai Mara Savannah. 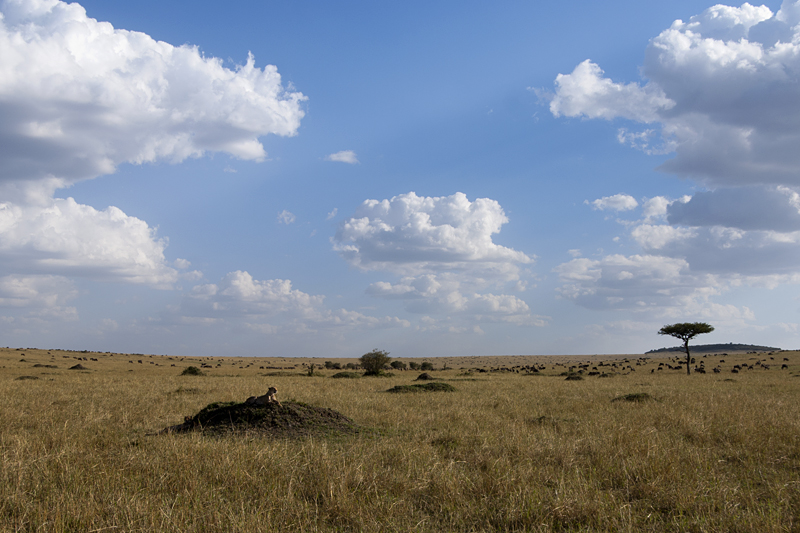 Once the pair of Cheetahs settled down, I turned my attention to the mother. The mother Cheetah scanned the horizon, I guess, for potential threats giving me many photo ops (above). The sun was setting fast, and I captured the mother Cheetah in the twilight zone (below) before moving on. 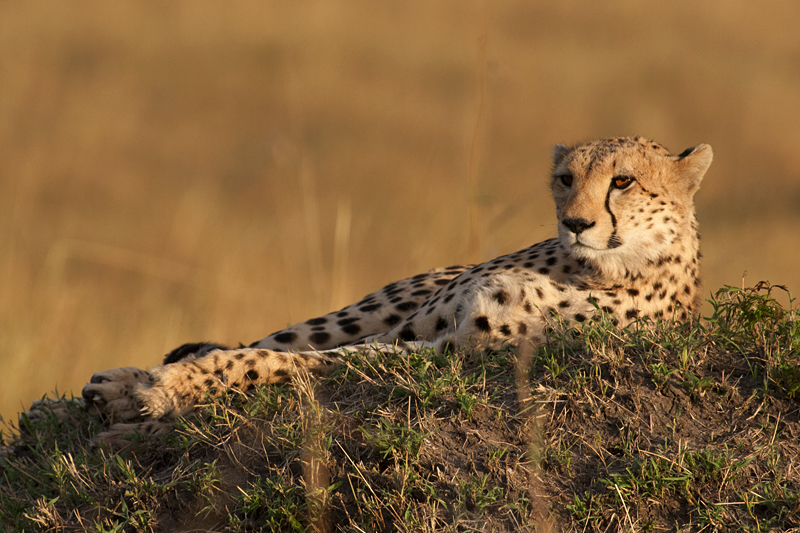 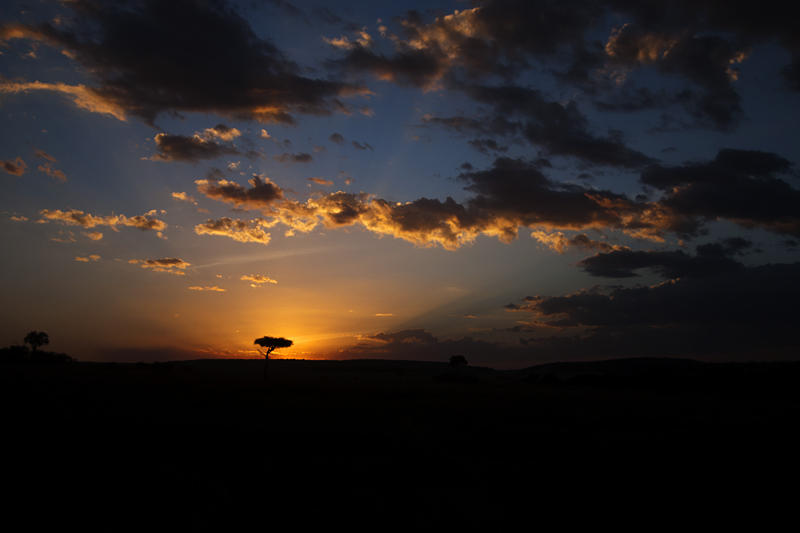 As we drove back the sunset was gorgeous and we captured the sight in this silhouette composition before returning to the resort.