Many memories make BR Hills wildlife sanctuary a very special place for us. It is the genesis of our passion for wildlife photography. We spotted our first tiger there and BR Hills is the only Jungle lodges property located deep inside a wildlife sanctuary, making every stay of ours memorable. Our safaris on this particular trip were filled with good photo opportunities. The first photographs we took were those of one of the raptors that are widespread in the Indian wilderness. On an evening safari, our naturalist spotted a Crested Hawk Eagle perfectly camouflaged as it sat motionless in the shade of a tree creating a beautiful partial silhouette (below) composition. 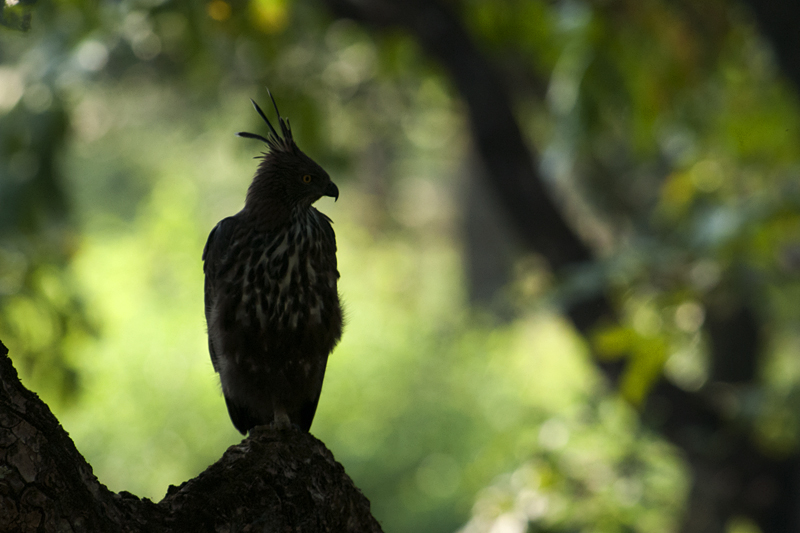 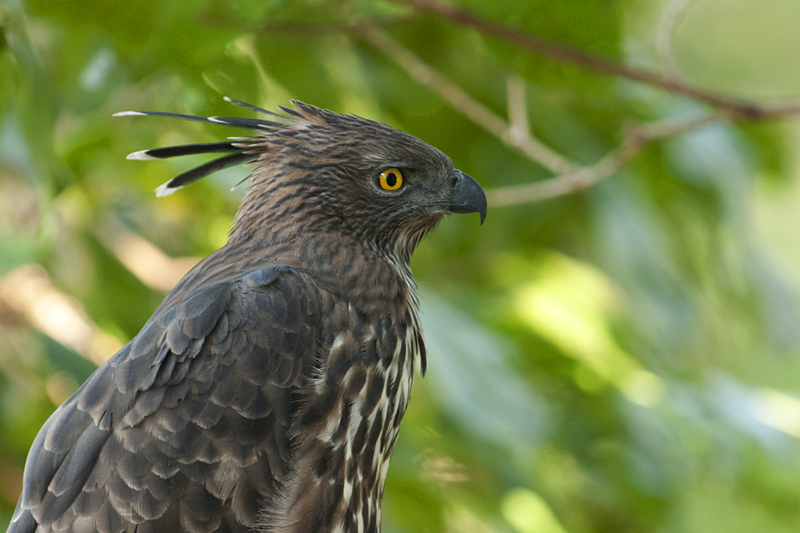 After getting our initial pictures, we moved closer and closer till the bird filled our composition and we managed to capture its trademark handsome crest (above). One of these compositions also made the feature image of this post. Next during one of the morning safaris on this trip, we photographed a Chital (spotted deer) fawn (below) nibbling at a shoot of grass under the watchful care of its mother. 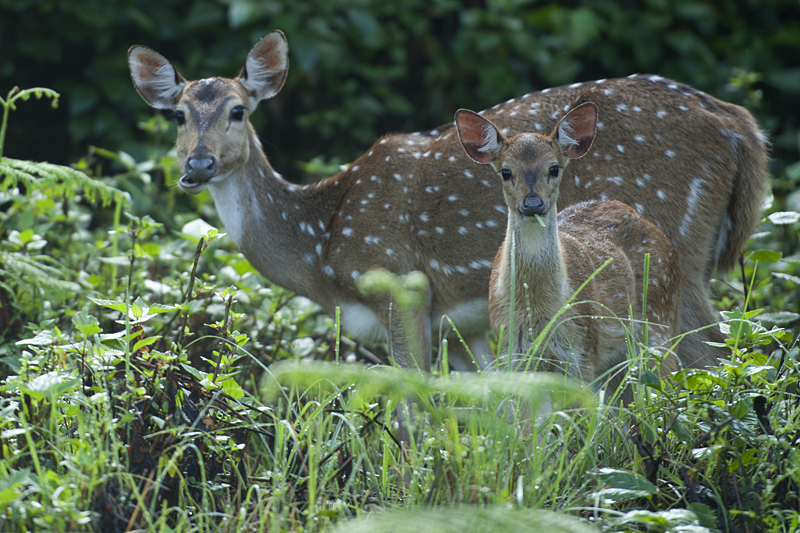 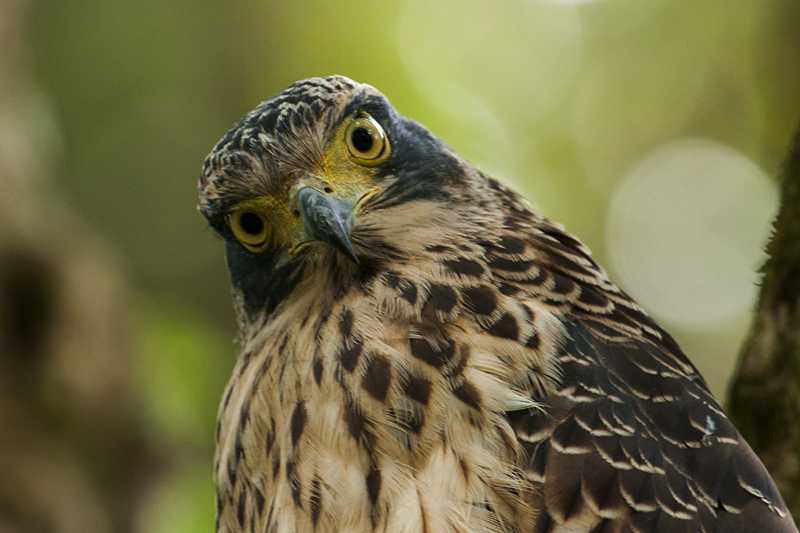 On yet another morning safari we spotted a juvenile Crested Serpent Eagle (above), which allowed us very close enabling us to capture its intense gaze. The sighting of the trip was indeed the Rufous Babbler (below) perched in the open on a wintery morning. 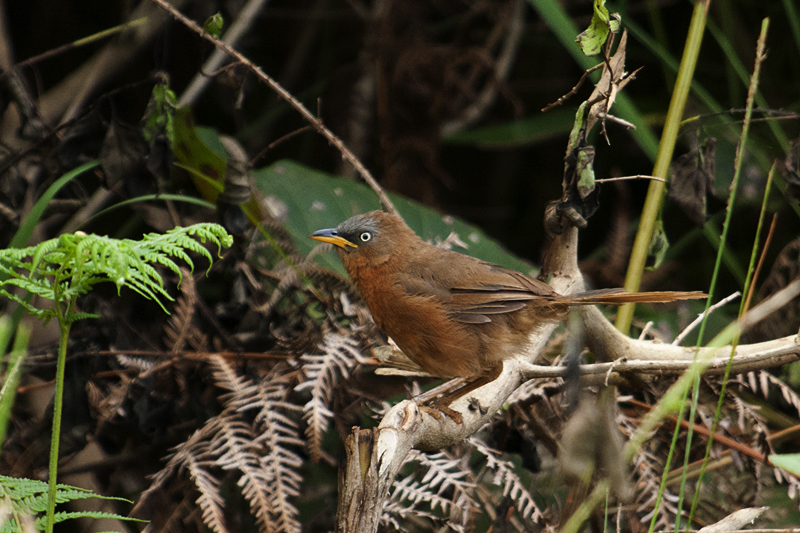 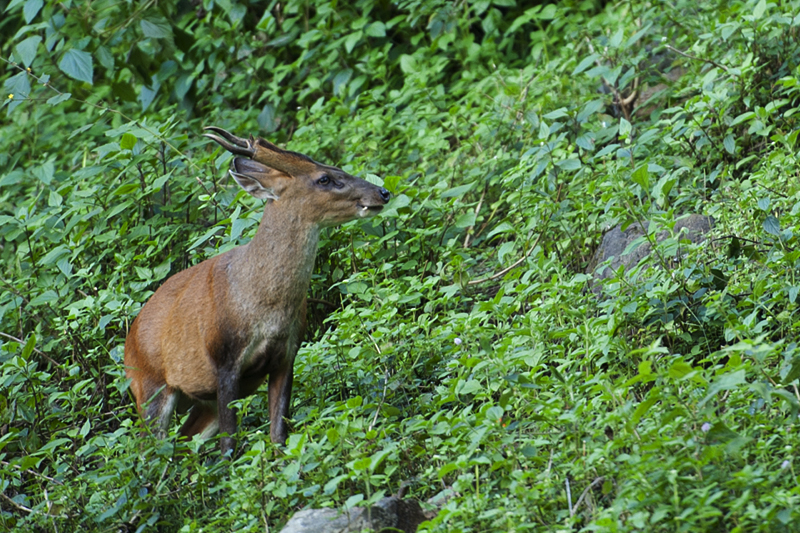 During the first evening safari on this trip, we spotted this handsome Barking Deer (above) standing fearlessly against the backdrop of the lantana. Apart from its alarm call that sounds more like a bark, its canine teeth make it an interesting species of Deer. We also photographed a Female Barking Deer (below) that was cautiously crossing a clearing in the forest. You can see how the male and female are very similar except that the male Barking Deer has antlers and canine teeth that the female does not have. 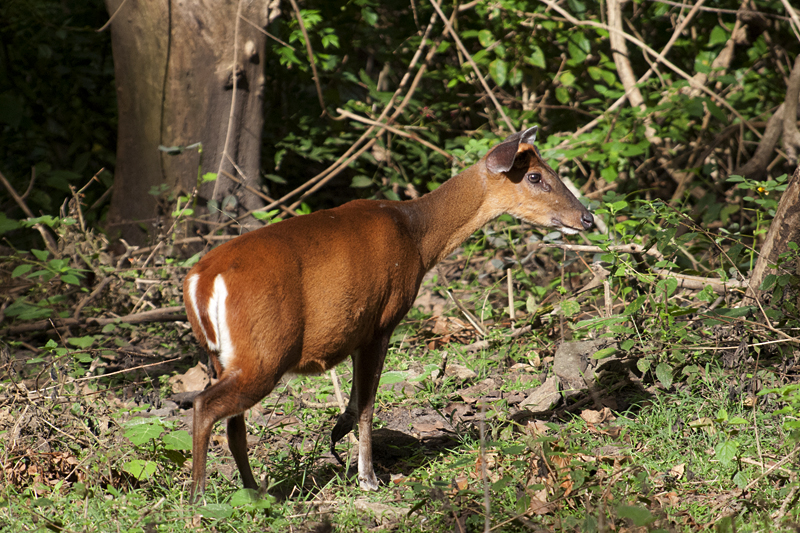