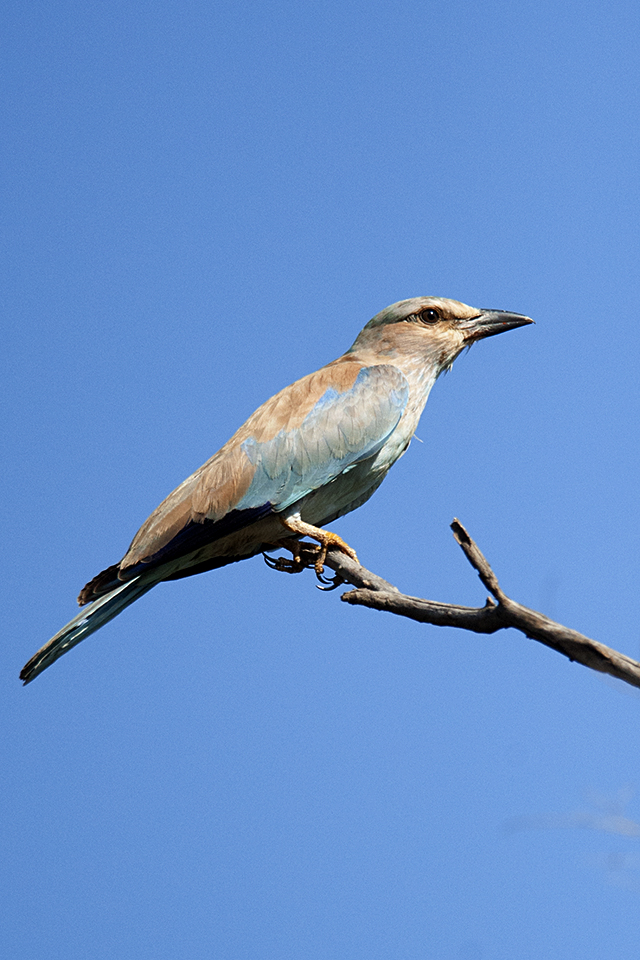 It was our maiden Jeep Safari in Ranthambore National Park and what a fantastic Safari it turned out to be. Though we did not see a Bengal Tiger on this Safari, the excitement of the first Safari and the variety of wildlife that we had spotted made the day for us. As we entered through the gates of Zone 2 of Ranthambore National Park, we spotted a handsome Sambar stag and in spite of the harsh lighting, we clicked a few record shots. Only later in the Safari did we realize the abundance of the species in Ranthambore. 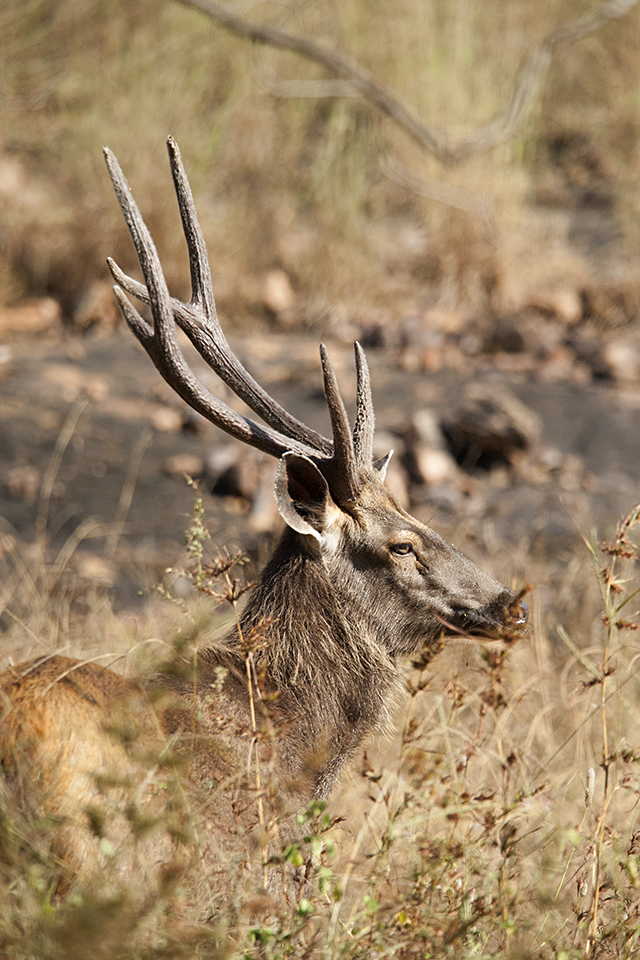 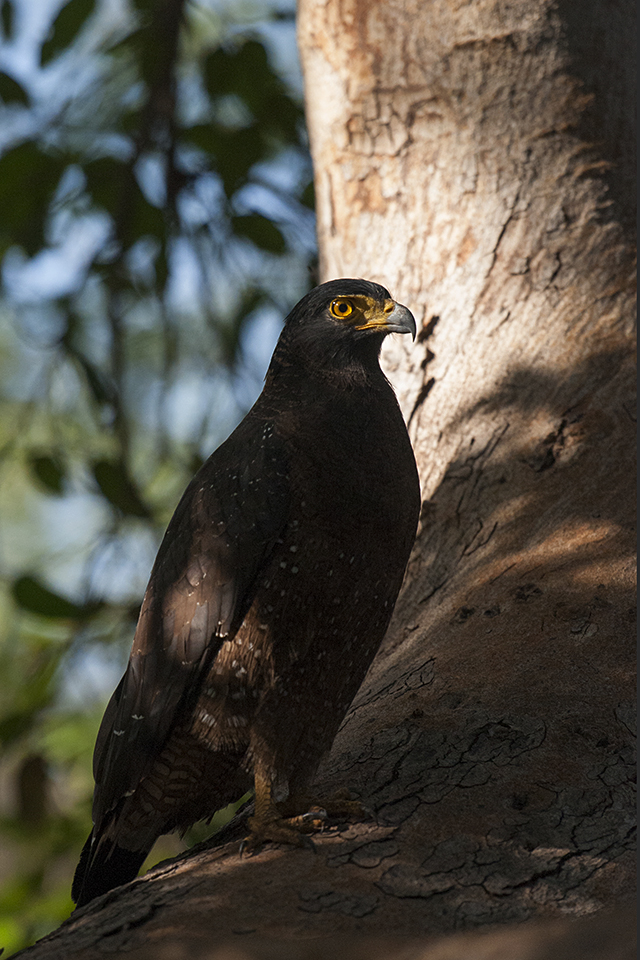 The perfect camouflage of the Crested Serpent Eagle was given away only by the reflection of sunlight from its glaring yellow eyes.  A little later we spotted the European Roller, perched beautifully against the blue sky making it an ideal candidate for the feature image of this post. The female Nilgai was casually grazing near the Safari tracks giving us a full frame composition. 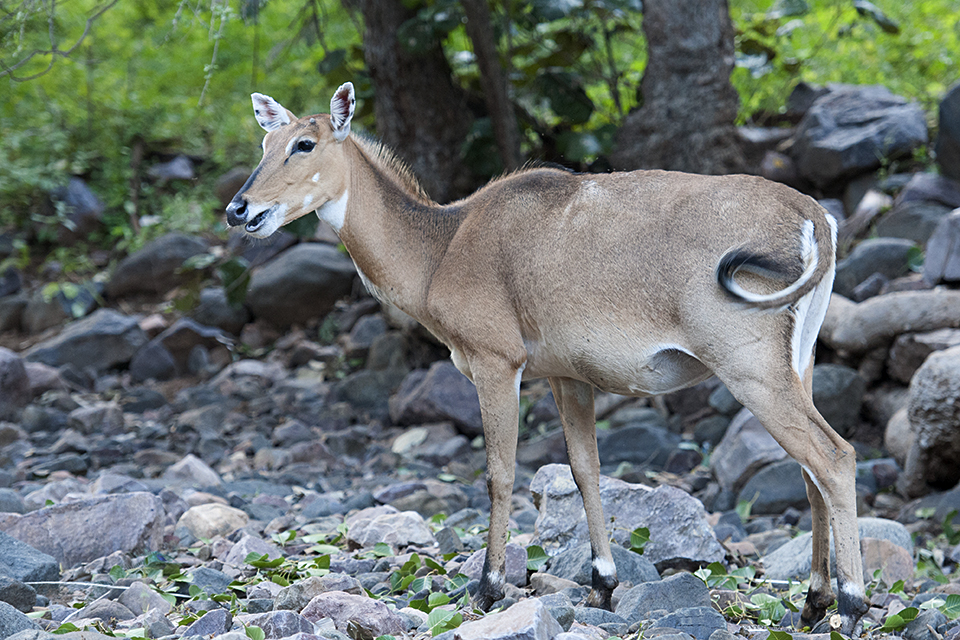 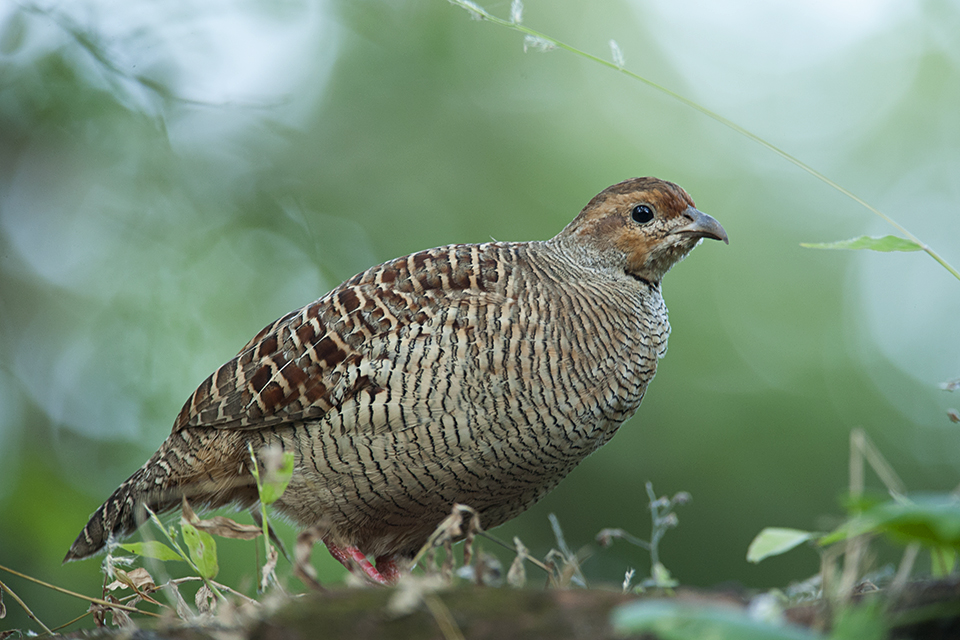 The Grey Francolin is yet another not-so-shy bird found in Ranthambore and this one flew onto a rocky ledge by the side of the tracks giving us an eye-level perspective. Immediately after this we were stopped in our tracks by the loud and persistent alarm calls of Peacocks that had flown onto the trees because of the danger from some invisible predator. In spite of our best efforts, we could not spot the predator and we moved on. Finally while we were returning, we spotted this Sloth Bear. However, the low-light conditions posed a challenge in getting a decent picture of this elusive animal. But we were happy that we could observe this beautiful specimen nonchalantly cross the Safari tracks and disappear into the lantana. 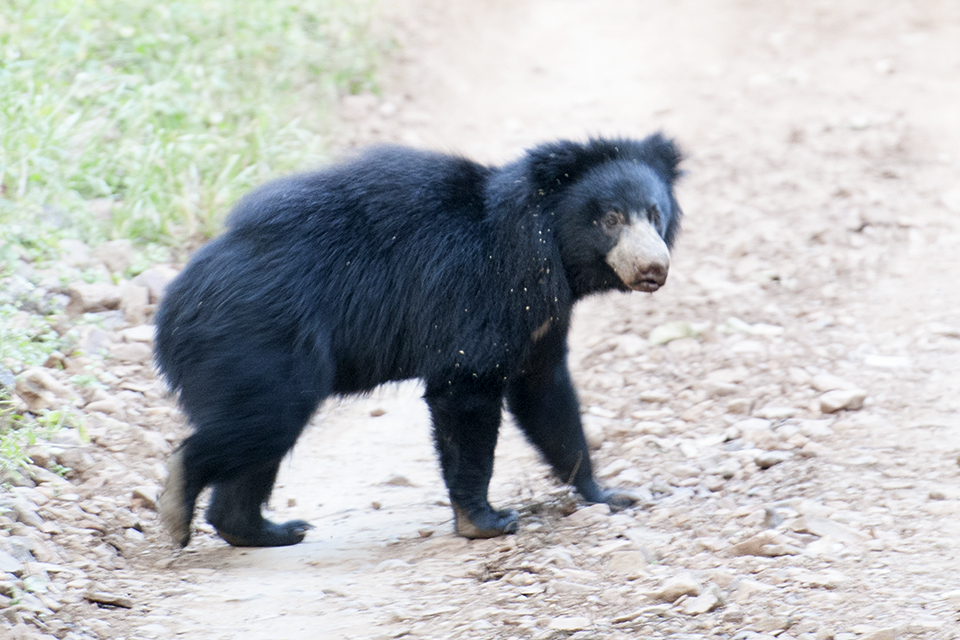