Tigress sneaks across the road in Kabini 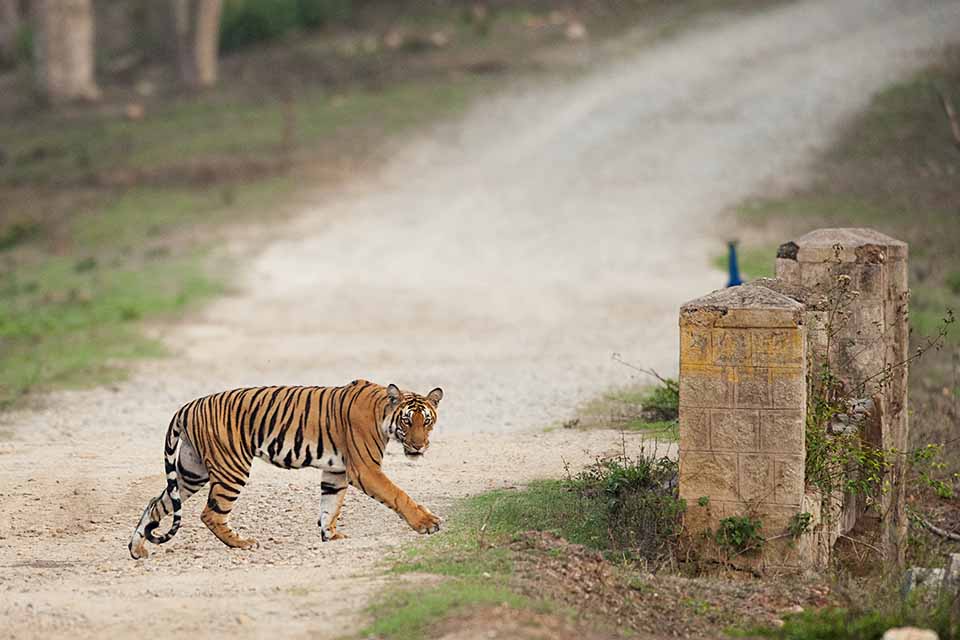 This safari in Kabini, was an eventful one for us. A Tiger cub had been spotted and it was chaotic with all the safari vehicles wanting to catch a glimpse of it. The drivers were jostling to get a position from where they could get a clear view of the Tiger cub. As we were about to be shunted away, the cub yawned. We caught a record picture of him yawning and moved away from the chaos. 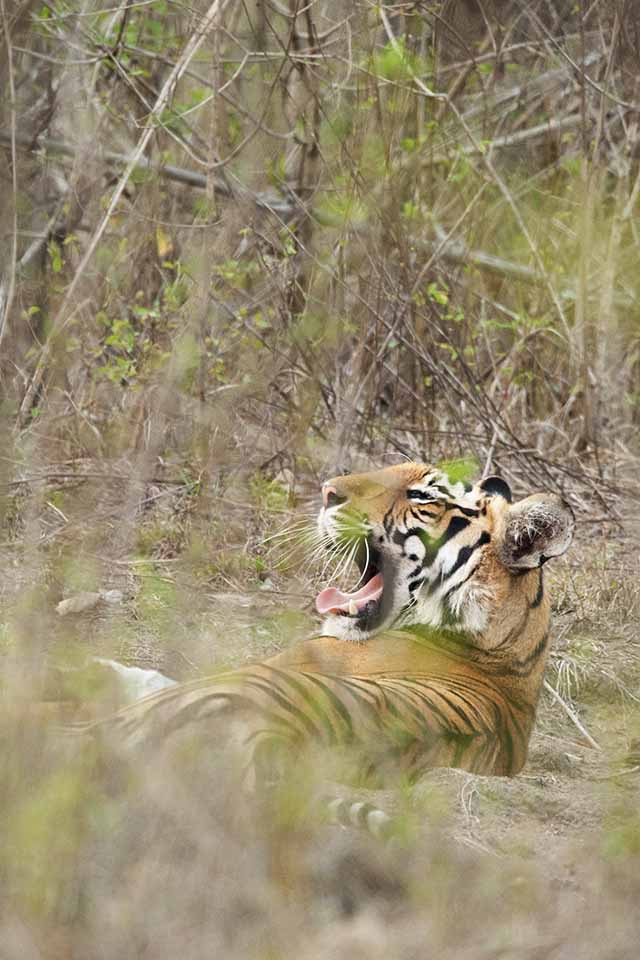 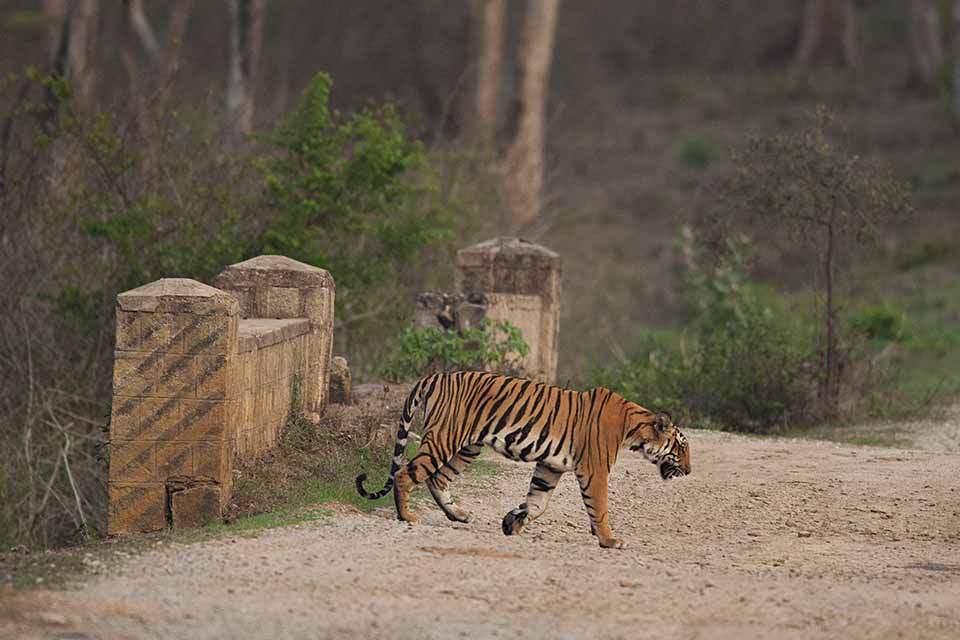 That was when our driver turned around to face the road and almost exactly at that time, the female cub emerged onto the road. All the attention was on her sibling as she quietly strolled across the road. She had reached the other end of the road and it was only then that the remaining vehicles spotted her. She turned and looked at us just once and we captured that as the feature image of this post. 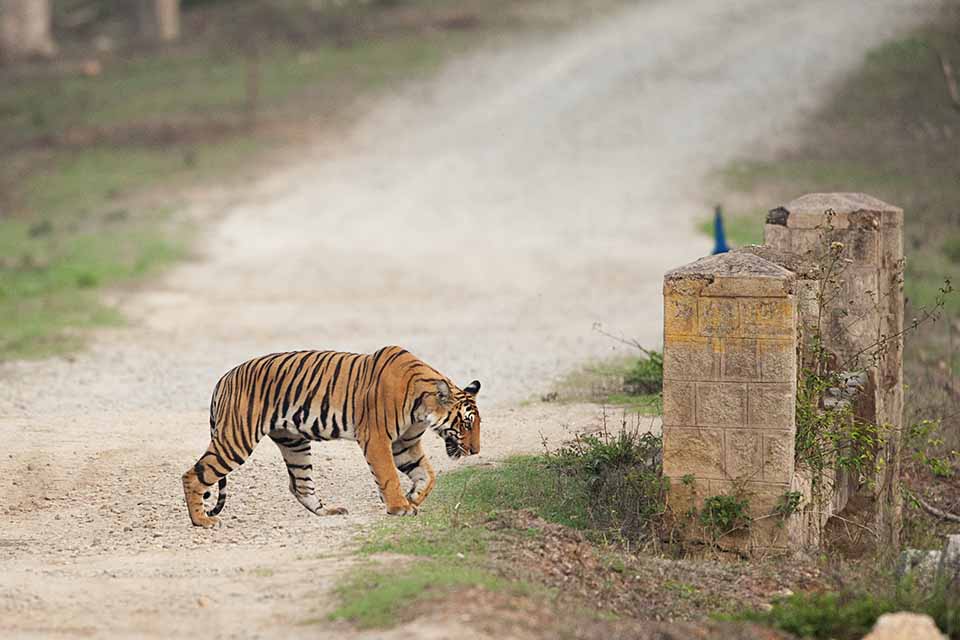 After crossing the road, she moved into the Lantana shrubs and we caught one last glimpse of her before she disappeared completely. 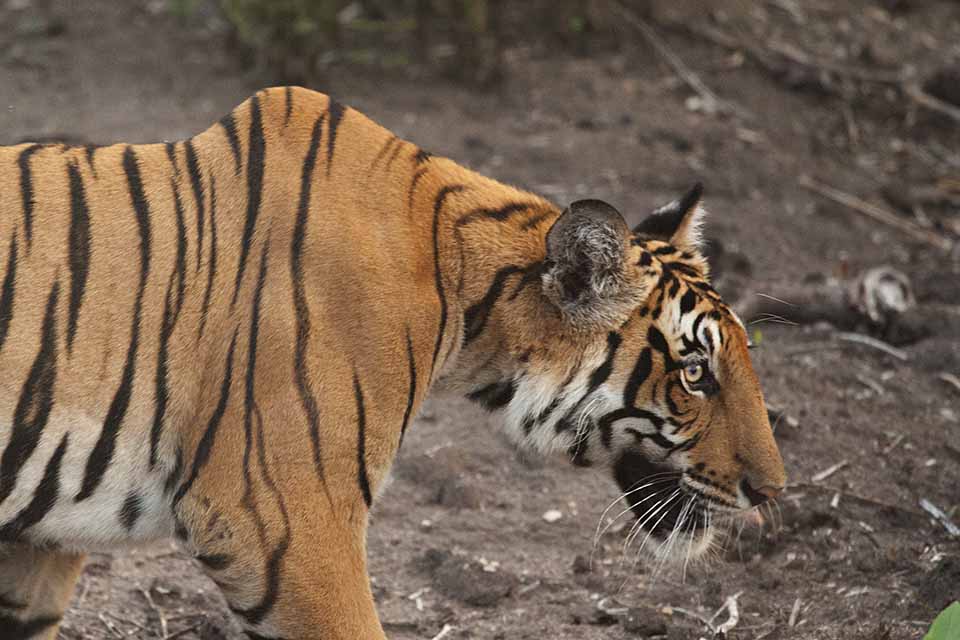