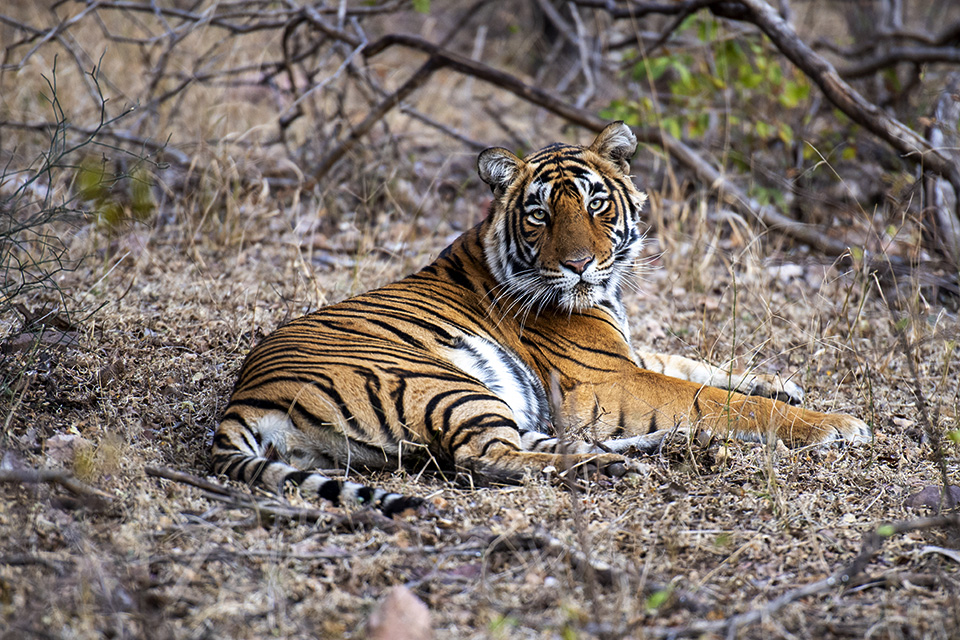 It’s not without reason that Ranthambore National Park is known as the land of Tigers. It’s not only because of its density of Tigers, but the amazingly beautiful landscape in which one can observe and photograph them. On consecutive safaris we saw as many as three Tigers at close quarters. Here are a couple of portraits of these amazing majestic species.

This Tiger is one of the sub-adult cubs of the Tigress, known as Noori, in the zone 1 area of Ranthambore National Park. We just saw this Tiger for a couple of minutes, before we had to head out of the park.

This is Arrowhead, the Queen of Ranthambore, literally standing by the side of the main road (you can see a two-wheeler passing close to the road). We spotted her early in the morning, probably on the lookout of possible prey.

This is one of the famous twins of Ranthambore – known as Riddhi and Siddhi. While we don’t known which one of the two this was, we can say one thing for sure, she is a bold and confident Tigress.