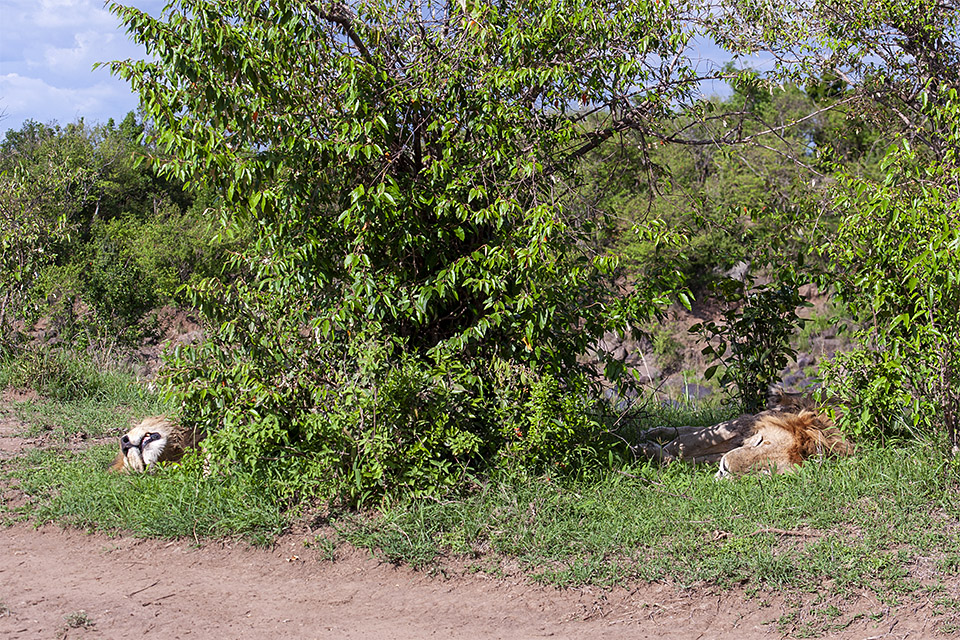 During our last evening game drive in the Maasai Mara Reserve, we got information that a couple of big African Lions were sighted near the crossing points close to the Mara Serena Lodge, where we were staying. We headed out straight to the location and found two massive African Lions, probably brothers, sleeping in the shade of the bushes. We waited for sometime before moving closer to one of them. On the other bank of the Mara, there were some noisy tourists and this Lion woke up and put his head up to check them out.

Soon he was preening himself and we hoped he would get up and we could see how big he was. As though he heard us, he got up, walked over to the bush and scent marked it. We saw that he was a Lion in his prime and clearly knew he was on top of the food chain.

He walked nonchalantly in between the vehicles and crossed over to the grass on the other side. He then found a shady patch of grass and settled down once again. We decided to let him be and went back his brother, just in case he woke up too.