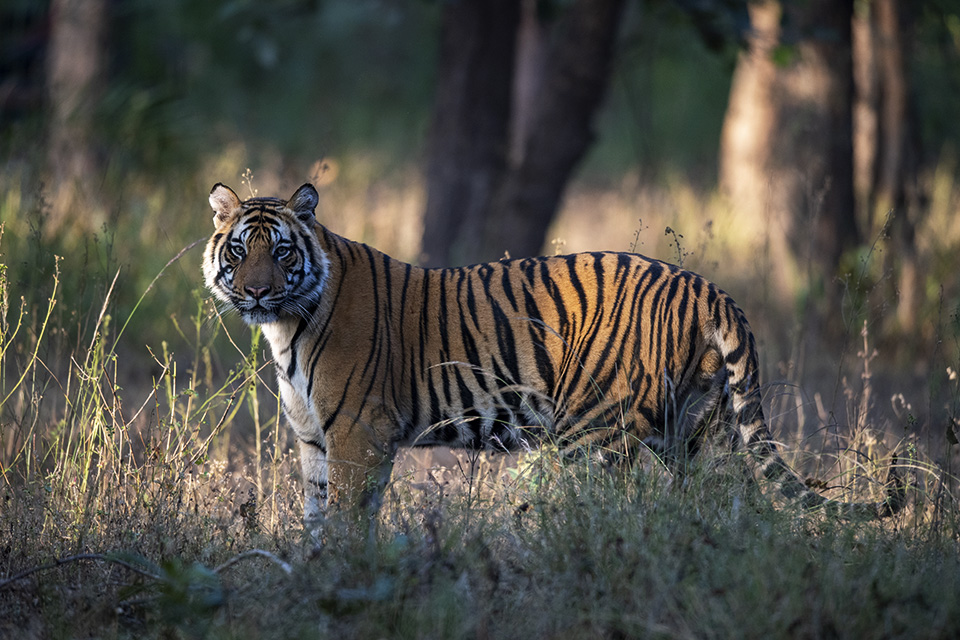 On this safari in Bandhavgarh National Park, we headed off to a different area, since we heard that sub-adult cubs of another Tigress were spotted on the previous drive. We drove all over the area, but we could not find the cubs. Then one of the cubs came into a clearing in the forest and was spotted. We headed over to the area only to get stuck amongst a bunch of Jeeps. Thankfully for us, our driver and naturalist manoeuvred our Jeep so that I could get an angle to photograph.

As you can, the male cub (featured in the pictures above) was completed uninterested by the commotion amongst the Jeeps to get a glimpse of him. Finally he decided enough was enough and got up and was soon joined by the other male cub. We could only manage a couple of pictures of the other cub, before they disappeared into the Bamboo thicket.